Fragile M5s and the government is blowing in the air of crisis. The tension broke through the warning levels after the sociologist’s interview Domenico De Masi, who reported a confidence received from Beppe Grillo in his three days in Rome: Mario Draghi would have asked the guarantor to “remove Giuseppe Conte from the M5s, because it was inadequate. “It never happened, it’s the denial of Palazzo Chigi arrived at dinner time, when the case had already exploded, together with the decision of Dragons from let’s leave the NATO summit in Madrid early to return to Rome in the evening and participate tomorrow – is the official version – in the Council of Ministries which will deal, among other things, with the issue of bills. But the prime minister’s concerns could relate to tensions with the majority. And not only those with the pentastellati but also with the League that has got in the way of ius scholae and cannabis. In this context, Giuseppe Conte climbs to the Hill to represent, in Mattarella, in an hour-long meeting, the “gravity” of the situation after the interview with the premier.

The day became inflamed when at lunchtime the former premier credited the words of prof. De Masi, who has been closely following the Movement’s path for some time and is a friend of the guarantor. Conte appeared in front of the cameras to assure him that Grillo “had told him about these phone calls” from Draghi, making it clear that he felt “under attack” and denouncing “a serious interference”. An adjective also used in the phone call with the prime minister, who is busy in the meantime at the NATO summit. “We have begun to clarify ourselves – said Draghi -, we will hear from you tomorrow to see you as soon as possible. The government is not taking risks”. There is still no appointment between the two, and a climate that is anything but relaxed in the Council of Ministries is to be expected. In theory, there seem to be all the ingredients to reach a moment of rupture, to that external support to the executive requested by Grillini deputies and senators in the pressing in the three-day meetings organized by Grillo. A feasible scenario but only if the requests of the Movement on the issues, from the superbonus to the minimum wage, are not listened to as a priority, the sermon repeated several times by Grillo, who left the capital in the evening, after canceling the last meeting with the pentastellata delegation of government.

Grillo arrives in the Senate: ‘Draghi asked you to take out Conte? Wonderful reconstructions’

“He’s tired”, “he’s not well”, are the rumors that accompanied the Genoese comedian’s last hours in Rome, who sowed cryptic jokes in front of the cameras (“But what is this thing about Draghi and Conte”, he said in the afternoon while the storm was raging “) and lapidary answers, such as the one on the limit of the two terms. For him it is” a totem “, an” identity theme “, he clarified in the afternoon while the hypothesis of an online voting of the members vanished, and together with this the exception to Giancarlo Cancelleri who thus decided to withdraw from the candidacies for the primaries for the Regionals in Sicily. 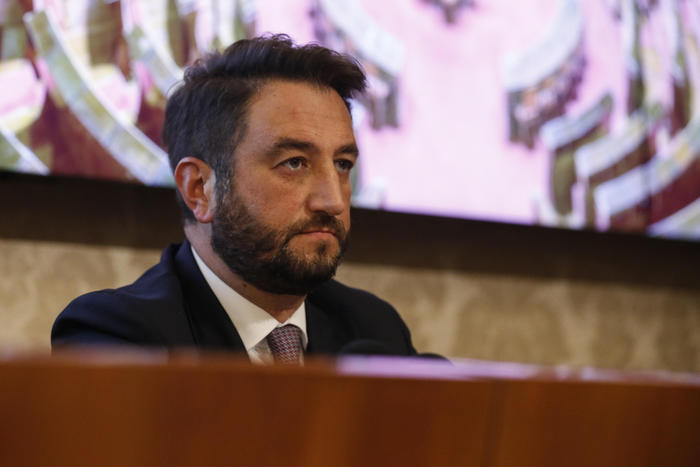 The announcement to colleagues: “A choice for the good of the Movement” (ANSA)

Refuse advances, tourist beaten up in Rome And in Bari two Frenchmen raped in a B&B

“Permanence Zaniolo would be important for Roma. A player like Skriniar does not sell himself at the beginning of the championship”

Bad weather in Rome, thunder and lightning before the rain. Hail at the Castles. Yellow alert in Lazio today and tomorrow