/ PHOTO GALLERY / If we hear more often in recent days about plans to apply the fourth dose of vaccination against covid, it is no coincidence. The coronavirus has not disappeared – and data from recent days suggests that it is recovering. By the way: he is still vaccinated, to be very modest at the moment. In Central Bohemia, 127 were applied on Tuesday, June 28; in Prague, a hundred more: 236. Nationwide 892. Those who come for the third, so-called booster dose have the upper hand. 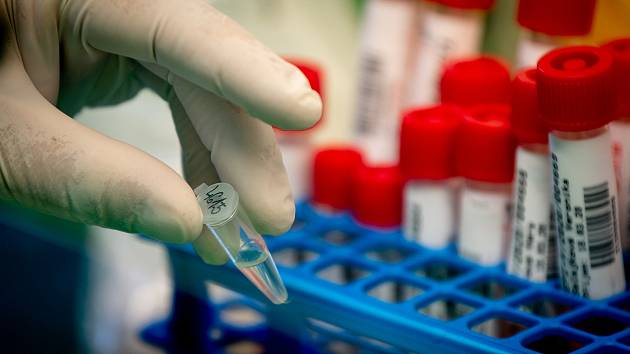 Data on the number of people with newly diagnosed coronavirus infection have skyrocketed, especially in recent days. Since the beginning of the week, more than 200 of them have been added daily in Central Bohemia: on Monday, the hygienic station recorded 220 newly proven cases and on Tuesday 207 (half a week earlier there were half numbers on the same days: 100 and 94). There were even 386 cases in the capital on Monday and 389 on Tuesday. There is also a significant increase compared to last week with 154 and 205 cases. This development is taking place in the metropolis, the spread of the larger covid intensified a little earlier than in its vicinity.

The so-called seven-day incidence (the conversion of confirmed cases in the last seven days to one hundred thousand people, which we often heard from experts and politicians at the time of the worst covid crisis) climbed to 58 on Wednesday, when it reached 50 on Tuesday. In the metropolis, this conversion has increased from 100 to 113. Nationwide from 41 to 46.

With the heat, the rescuers added more trips. For example, the number of collapses is increasing

Among other things, this shows that especially in Prague, the proportion of people with covid-19 is significantly higher than in more distant regions of the country. If 1,242 newly proven cases of the disease were recorded nationwide on Monday and on Tuesday 1181, Prague alone accounted for almost one third of it. And the wider metropolitan region, the capital with its and its Central Bohemian surroundings combined, recorded a share of 49 percent in the total number of new cases on Monday, and 50 percent on Tuesday. Thus, half of the newly proven cases fall on Prague and its Central Bohemian surroundings, although this area accounts for only a quarter of the population of the entire republic; 25 percent.

The number of infected will increase

However, current developments do not imply either a burden on the health system or a signal that appropriate restrictive measures should be announced in due course. Or perhaps holiday trips or the organization of summer camps were endangered. However, it is certain that the coronavirus is making itself more known – and this is happening earlier than expected by previous experts. According to the State Health Institute, this is related to the activities of the more contagious subtypes BA.4 or BA.5 of the omicron variant. This also corresponds to knowledge from other European countries. Apparently, a further increase in incidence can be expected. However, it is difficult to estimate developments accurately.

Source: Ministry of Health of the Czech Republic

How does one of the best mirrorless cameras take pictures? It is incredibly fast, says the Prague photographer

How does one of the best mirrorless cameras take pictures? It is incredibly fast, says the Prague photographer

To each his own. Israeli rapper Noga Erez sold out in Prague