Jiřetín pod Jedlovou is a small picturesque town in northern Bohemia with a picturesque chapel of St. Crosses on Křížová hora, which rises above the buildings. At the end of the 18th century, about 2,000 people lived here. On June 29, 1792, another one joined them – Josef Müller. At that time, his parents could hardly have guessed how far their son from the originally mining and glass town could go.

To Prague for rights

It was not gold, silver or copper mining, or glassmaking. Müller was tempted law study at Charles-Ferdinand University, which he completed in 1817. Immediately after their completion, he joined the Prague City Hall as an intern.

“In official proceedings, he was a councilor, a secretary, and later a magistrate’s council first at the criminal court, then at the judicial senate, where he also took over the bill of exchange court, “writes historian Táňa Jelínková in the study Prague Mayors (1784-1993), which is included in the Prague Historical Proceedings No. 26.” In 1836 he was appointed Czech by the Board of Appeal and was awarded three years later honorary citizenship of Prague. “

To the head of the capital

The steep career of a conscientious official was still not at its peak. Among others, he was a popular, capable, and respected administrator. “He was a member of a number of charitable and industrial associations and unions,” notes the historian.

Therefore, when the mayor of Prague died in 1838 (the term of the current mayor – note. Red.) Peter the Knight of the Sporschils and there was a demand for his successor, Josef Müller was provisionally appointed by him. “He was definitively confirmed as mayor on April 17, 1839, and remained in this position until March 1848. ”For ten years he held the Royal Capital of Prague, which at that time consisted of” only “Hradčany, the Old and New Towns of Prague and the Lesser Town. A conurbation with about 111,000 inhabitants and which was already under pressure from growing suburbs and villages such as Karlín, Libeň, Dejvice or Smíchov.

How did you do at the head of Prague? You can’t tell rightly wrong. Although his “mayor’s work” began insensitive demolition of the eastern wing of the Old Town Hall and its replacement by a neo-Gothic building, ”notes historian and archivist Václav Ledvinka at the beginning of the Prague City Hall. It was a wing of the town hall, which was destroyed during the Prague Uprising and which was never rebuilt.

We will not see another of Müller’s actions today. It means “construction of the chain bridge of Emperor Francis I between 1839 and 1841, “Ledvinka continues. He bridged the Vltava in the places where it stands today modern bridge of the Legions. Believe it or not, it was nothing at all after Charles Bridge the second bridge over the Vltava in Prague!

It was also established in Karlín as the oldest suburb of Prague the first ever Prague gas plantwhich caused se od „15. September 1847, the Old Town Square and the main city streets lit up with gas lighting.” Neither the gas station nor the lighting has been preserved. At the time, however, it was an undeniably unique act that Prague has approached modern world capitals. For example, in London there was the first gas street lighting in 1807. Today, however, in Prague it is lit only occasionally on a few sections of the Royal Route, especially during Advent time on Charles Bridge.

Purkmistr, who indulged in the Vltava

Then there are the steps that Müller has taken and through which we can remember him rather than through its not-so-famous end. For example, in connection with the construction of the aforementioned Francis I Bridge, “it was also created fashionable promenade of Emperor Francis I. (today ‘s Smetanovo) with the neo-Gothic monument of the absolutist monarchy, “Ledvinka notes. That monument, now known as Kranner’s Fountain in the National Awakening Parkis undoubtedly a luxurious decoration of the waterfront.

And we will still stay by the waters of the Vltava. Under Müller, “it was built the first Prague railway station, now Masarykovo, and the Negrelli viaduct, “Jelínková continues. He was with his about 1,100 meters in his time the longest bridge in Europe – and since the already mentioned bridge of Emperor Francis I has not been preserved, it is also the oldest bridge after Charles Bridge. across the Vltava in Prague. To this day, hundreds of trains run through it every day, and it was comprehensively reconstructed two years ago.

Until 1910, the Negrelli Viaduct was the longest viaduct in Central Europe

Author: Reconstruction of the Negrelli viaduct

To make matters worse about the longest river in our territory, let us add that “the first Czech paddle steamer Bohemia sailed on the Vltava in 1841, ”As Jelínková states. Steamships and other – especially tourist – boats on the Vltava surface are routine today.

In the end, then in 1840, the Civic Swimming Pool was established under Letná, already authorized by the municipality and which was eventually bought much later by the municipality. And now for the last time – “in 1846 the village bought orchards on Petřín“Jelínková concludes with a list of Müller’s merits. There are still several orchards on Petřín to this day, and over time the city acquired them to create the picturesque area we know today..

The infamous end of the knight

Undoubtedly in the time of Müller Prague rise up. They were also aware of it in Vienna. “For his services in public life, he was awarded the Knight’s Cross of the Order of Leopold in 1845 and he was promoted to knighthood with a predicate from Jiřetín, ”Says Jelínková. So Josef knight Müller from Jiřetín – Mayor of Prague. When he was promoted to a noble status, he did not forget his origin and had Křížová hora above Jiřetín marked in the coat of arms.

Unfortunately, for him, it was precisely the excessive inclination towards the Habsburg monarchy, which generally held it in power. And in the Czech Republic, various national and social unrest surfaced, which grew into strikes and demonstrations. And Müller, as the head of the city and therefore also the representative of the state power, had to act.

“The municipality was trying not only to face them dispersal, arrest AND shooting (…), But also, for example, the establishment of the first employment agency in Týnský dvor in January 1847, ”says Ledvinka on how Prague tried to cope with unemployment and dissatisfied workers. When the tendencies of the national revival and call for constitutionhe was ill with the “conservative” Müller, and as soon as the elections to the new Prague City Committee were “announced” on March 29, he had no choice but to resign from his life as mayor abdicate, “ says Ledvinka.

Josef Knight Müller from Jiřetín was like that the first representative of Prague swept away by the revolutionrespectively demonstrate. He was not the last. The Velvet Revolution in 1989 “broke the neck” of Zdeněk Hořčík (KSČ), who held office for a short period of a year.

Long-time mayor of the Royal Capital City of Prague Josef Müller from Jiřetín.

He did not remain in seclusion

Although the revolution of 1848 did not turn out well in favor of the Czechs in the end, Müller no longer became mayor. In a short sequence, he was replaced by three of his followers, while the third – Václav Vaňka († 73) – was not blown away by the revolutionary storm. Where did he take Müller? “He went to Brno, where he served as the Moravian-Silesian Board of Appeal, later as the court council of the Supreme Court in Vienna., “Concludes the historian. His he ended his entire life in the civil service on January 26, 1862.

In 2018, the Old Town Hall in Prague celebrated the 680th anniversary of its existence. Ivan D. Hladík 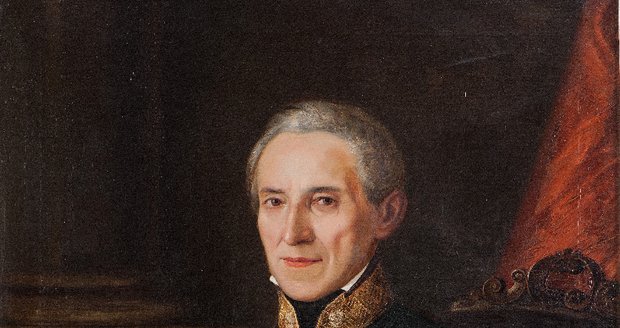 Long-time mayor of the Royal Capital City of Prague Josef Müller from Jiřetín.

‹ Hackers demand millions from Artis, IT systems are down › San Marino. Politics, Ēlego responds to Noi per la Repubblica