Sky: first contacts between Naples and Verona for Casale

De Laurentiis’ club carried out a first survey for the defender born in ’98. He could be an alternative to Ostigard 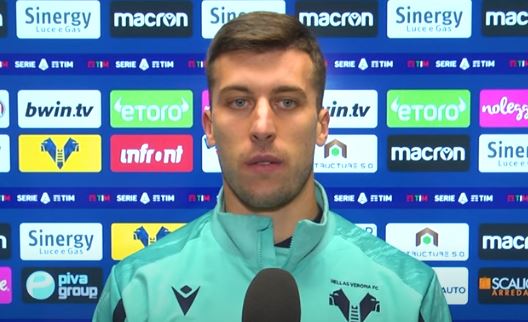 According to what Sky journalist Gianluca Di Marzio writes, Napoli carried out a first survey with Verona for Nicolò Casale.

“Napoli takes its first steps on the transfer market, and it does so by focusing above all on the defensive department. In addition to negotiations for Brighton’s Leo Ostigard, the Azzurri began their first contacts with Hellas Verona for Nicolò Casale, Negrar’s 1998 class who did very well in the two years with Jurić first and then with Igor Tudor. For Napoli, Casale could be an alternative to Ostigard himself, given that the negotiation for the Norwegian is not yet concluded. But the purchase of him could also be a precautionary move, given the uncertainty about the future of Kalidou Koulibaly, which is not his contract, and on which Barcelona could move soon and in advance in view of the renewal (June 2023) “.

Casale, born in 1998, has 37 Serie A appearances with Verona, two assists and still no goals. Lazio is also interested in him, but for now the biancoceleste club remains on standby.

“Now Napoli have moved too, making the first contacts with Verona: the next developments are to be seen”.

Tezenis Verona: this is how the debut in Serie A is assembled

In Verona notifications on the IO app for car removal – News

‹ A fraudster pretended to be the mayor of Kyiv, the leaders of several European capitals, including Budapest › Metropolis of Lyon. A 12-year-old child dies drowned in the Rhône, his sister saved