Guimarães marked “Day one of Portugal”. Battle of S. Mamede began 894 years ago

The “Day One of Portugal” was marked, throughout the day, in Guimarães, with several initiatives. This is the municipal holiday, which commemorates the victory of forces loyal to D. Afonso Henriques in the Battle of São Mamede, in 1128. The ceremonies were presided over by the Internal Administration, José Luís Carneiro, who announced the reinforcement of the GNR and the PSP with over 2,600 elements throughout this year.

The 24th of June started with the usual ceremony of rushing the flags of Portugal and the municipality, in Paços do Concelho, at 9:30 am. The solemn mass followed, in the church of Nossa Senhora da Oliveira, with the participation of the Chorus Anima Populi.

This year, without major works to be inaugurated, as is usual on this municipal holiday, the ribbon cutting was limited to Parque da Batoca, in Candoso São Martinho. This use of land, next to the Selho river, under the A11 viaducts, is the result of a winning proposal in the 2016 Participatory Budget. 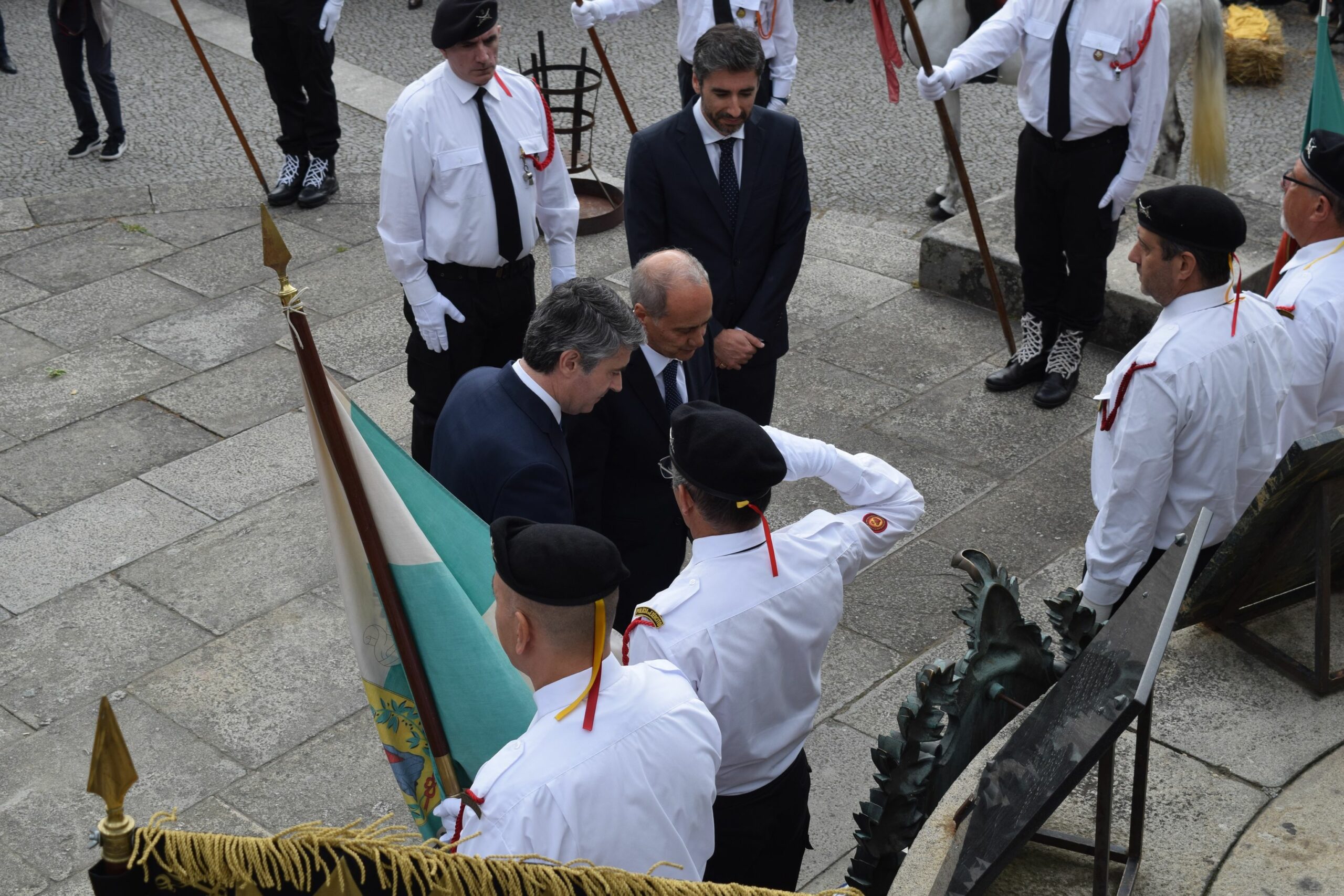 The Minister of Internal Administration, José Luís Carneiro, the Minister of the Municipality of Guimarães, Domingos Bragança and the President of the Municipal Assembly of Guimarães, José João Torrinha, arrived at the statue of the first king of Portugal, at 17:00, escorted by a platoon. of elements of the Association of Veterans Lanceiros de Portugal, with two elements on horseback, where they deposited a wreath.

It was not yet this year that the people can participate

The session was evocative of the “first Portuguese afternoon”, in the words of historian José Mattoso, in the words planned for Campo de São Mame, in front of Guimarães Castle, but for being the first afternoon in the Grandetório do Centro Cultural Vila Flor due to the instability of meteorology. It was not fulfilling the mayor’s wish to make a celebration possible from this moment. 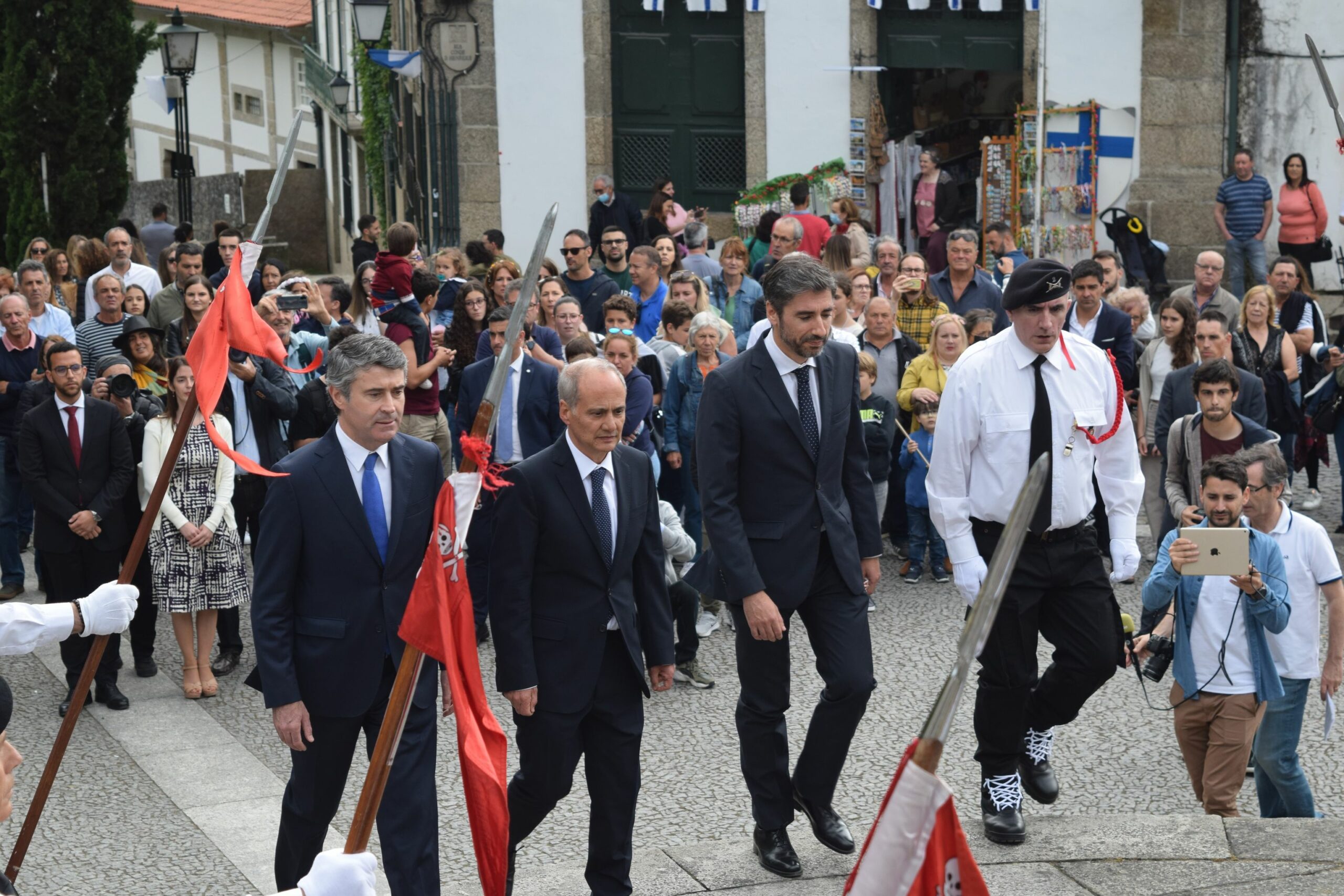 This year, with Medals of Municipal Merit, Teresa Gama Brandão (Social Merit), Jorge Nascimento (Cultural Merit), Ernesto Soares (Humanitarian Merit) and Vasco Silva de Faria (Artistic Merit) were honored. The Medal of Honor, the highest award in the Municipality, which last year was given to the President of the Republic, Marcelo Rebelo de Sousa, was not awarded this year. 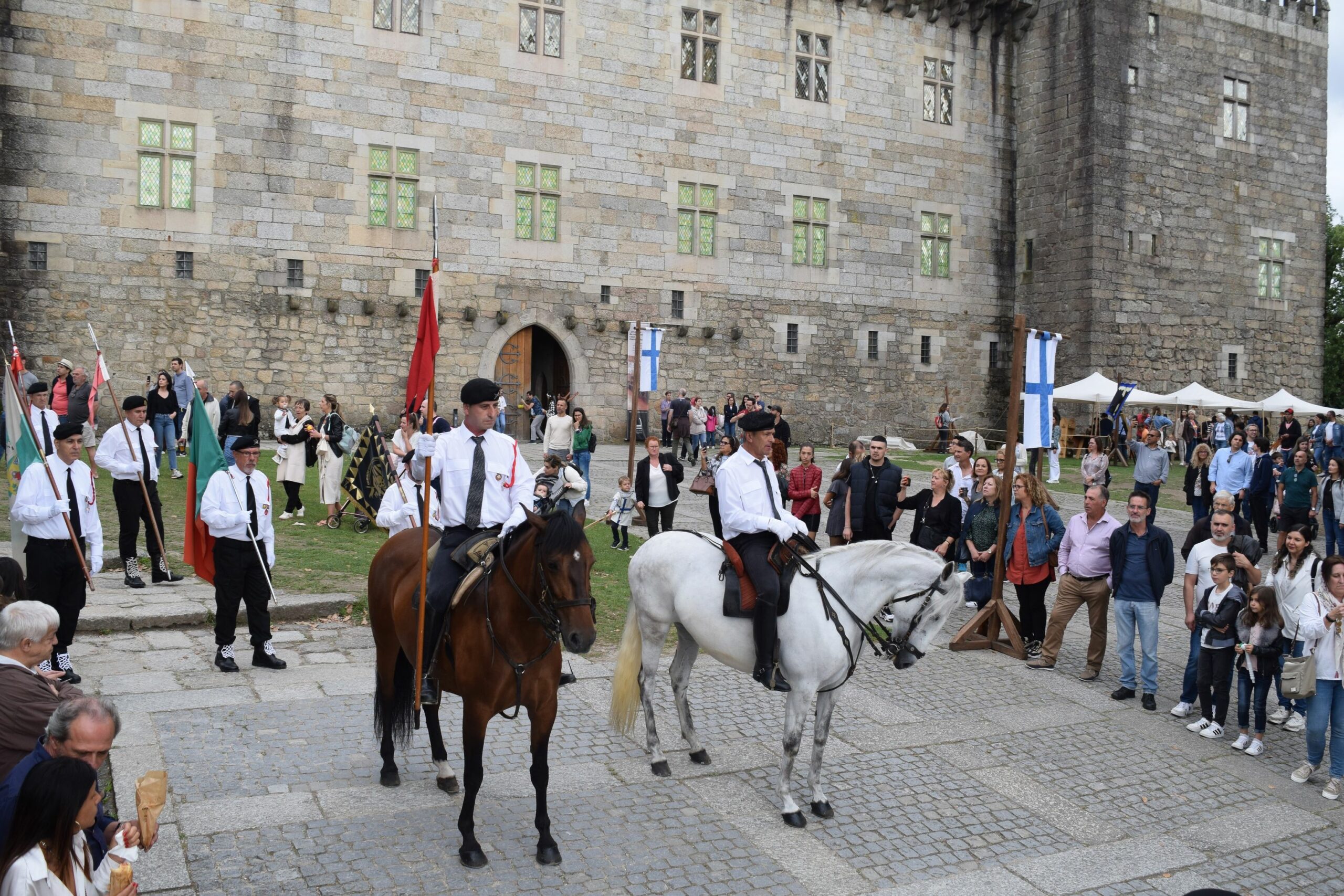 “Guimarães is an example of security and prestige of institutions”

José Luís Carneiro stated that Guimarães is one of the best examples of the “security, well-being and prestige of its institutions”. For the ruler, evoking the Battle of São Mede is, therefore, to continue at every moment with the objective of achieving a safer, more cohesive and more solidary Portugal”. 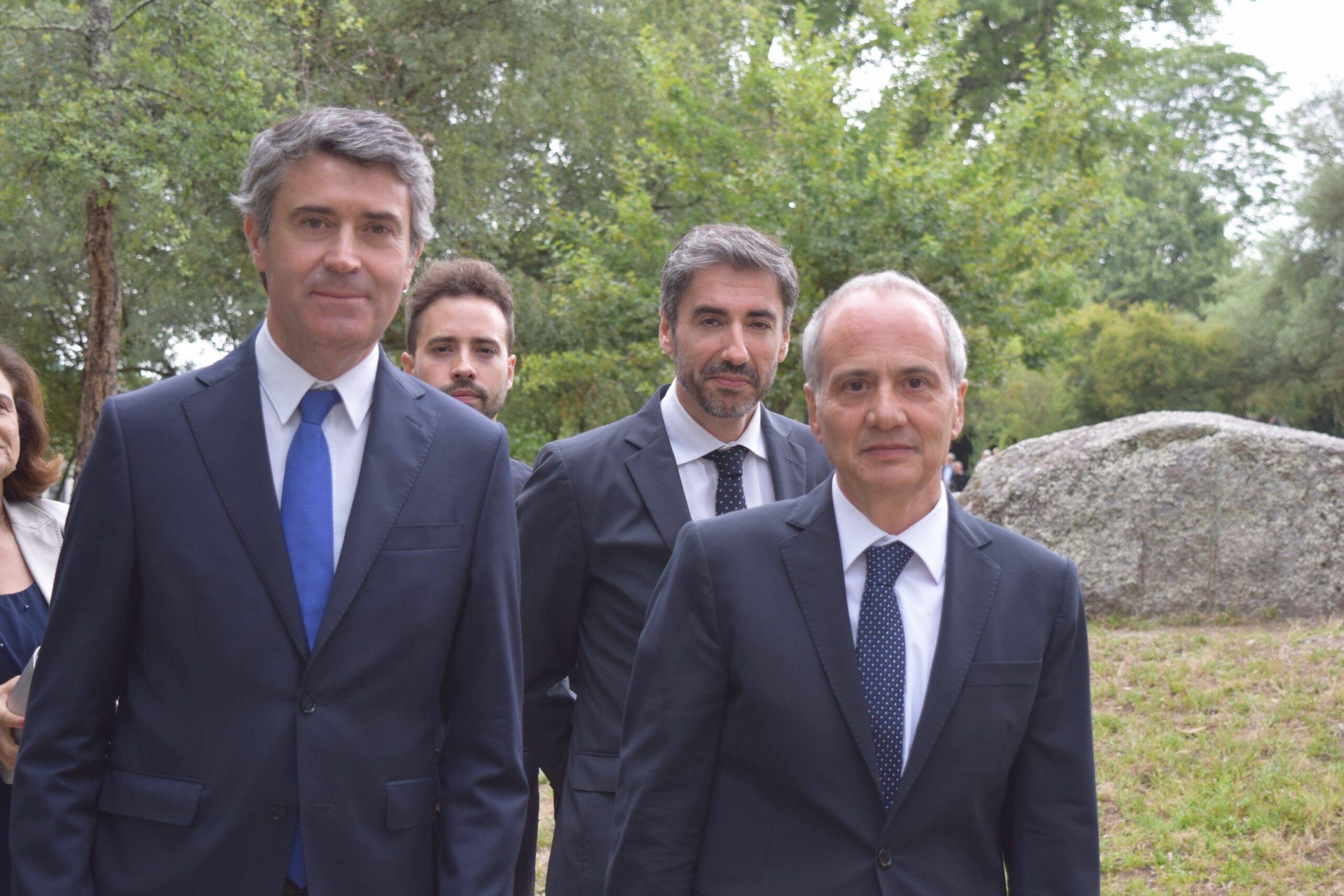 The minister took the opportunity to announce the entry of 2,600 elements into the PSP and GNR, throughout the current year.

In Campo da Ataca, near the village of São Torcato, the “Origem” mural was inaugurated yesterday, created by Ana Monteiro, also part of the 24th anniversary celebrations. 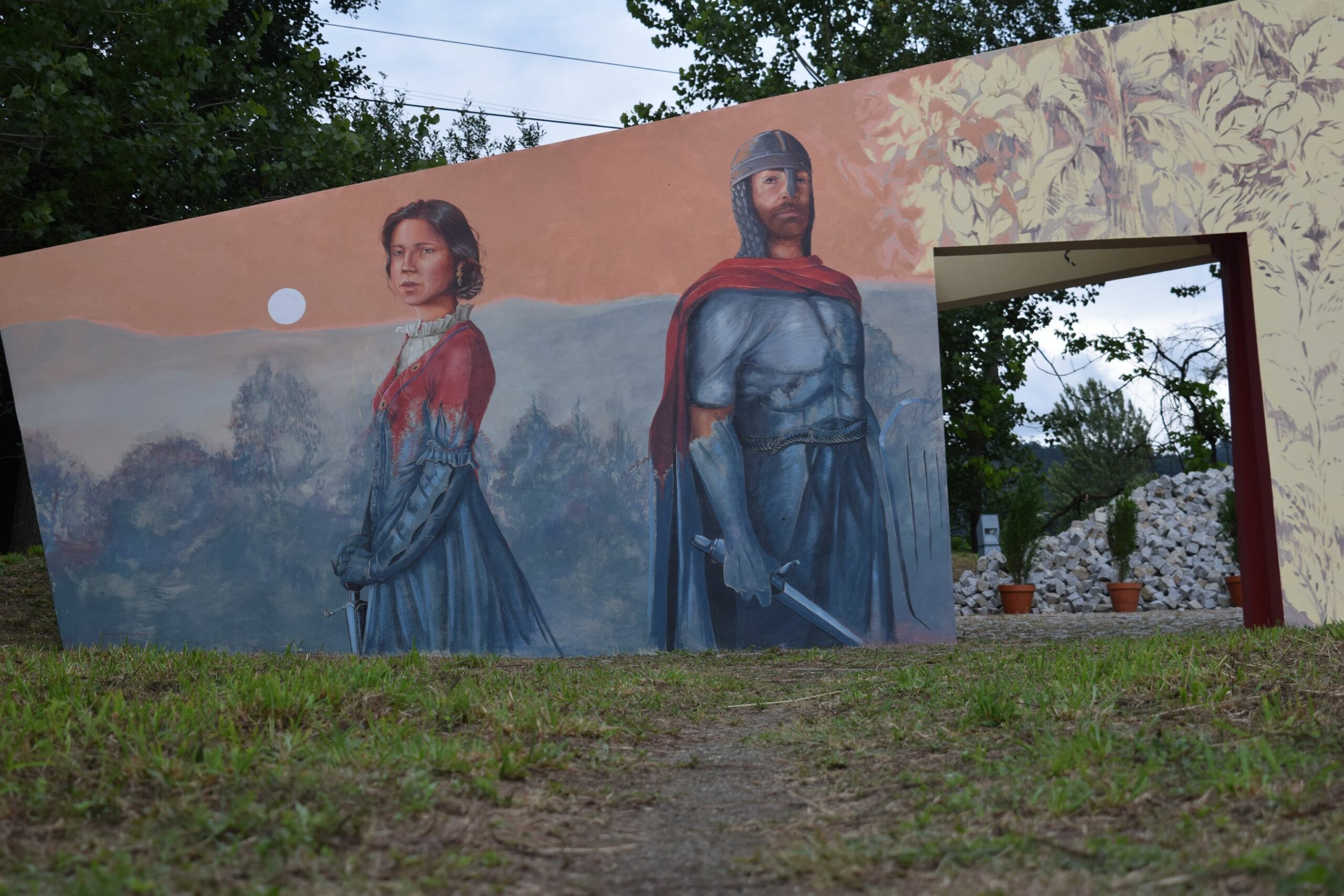 The work becomes the portico that gives access to those who may have land for the Battle of São Ma, the first step towards the foundation of nationality. In that space, there already existed, since 1996, an evocative monument of Batalha, by Augusto Vasconcelos.