Toulouse and Ajaccio play the final

Toulouse FC (main picture) and AC Ajaccio will play the final of the 2021-2022 edition of the National U17 Championship, on Saturday June 4 in Saint-Quentin (Aisne). A last step to which they reached by leaving in the semi-finals Paris Saint-Germain (4-1) for the first and Olympique Lyonnais (0-0, tab 4) for the second, Saturday May 28 in Borgo ( Upper Corsica).

To reach his second final in the event, the Toulouse were eliminated with authority from the Parisians three times winners (2011, 2016, 2017). They were indeed leading by three goals at the break, on goals from Noah Edjoumah (30th), Amadou Camara (32nd) and Elyess Dao (45th). Paris tried to react and found the opening as soon as they returned from the locker room, thanks to Queyrell Tchicamboud (46th). But Mathis Saka extinguished all suspense shortly after the hour mark (63rd). 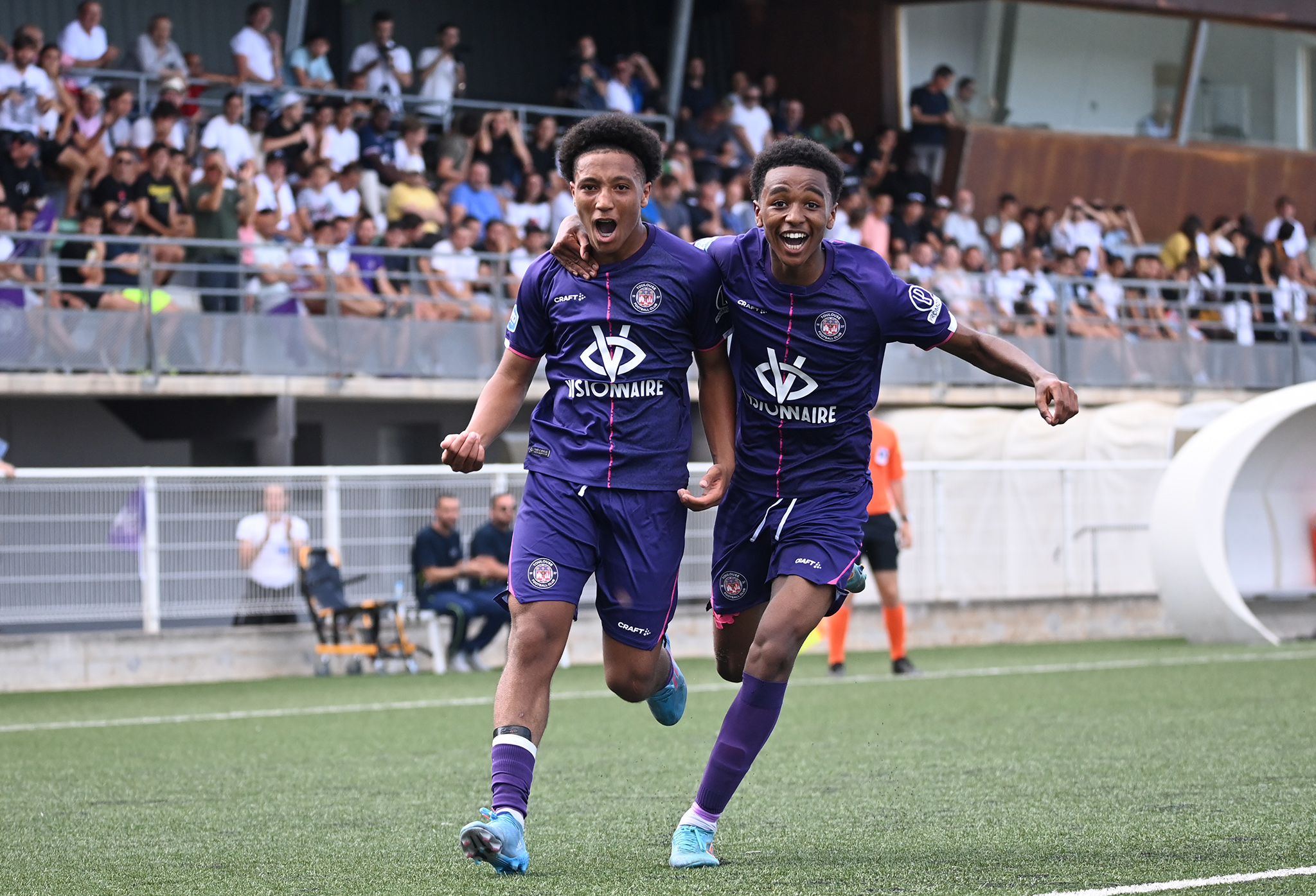 In the other semi-final, the Olympians largely dominated the proceedings in the first period, without managing to score despite a header on the crossbar by Joris Manquant (30th). Solidarity in defense, the Corsicans held until obtaining a penalty for a foul on Moussa Soumano, shot by Anthony Fosse and stopped in two stages by Lyon goalkeeper Justin Bengui Joao (67th).

The decision was made on penalties with a failure from Gones’ first attempt, Yanis Cheikh finding the bar. His teammates Mathis de Carvalho, Joris Manquant, Thiema Gueye and Yacine Chaib then did not fail. But the Corsican shooters Carl-Anto Savelli, Lucas Cuccu, Moussa Soumano, Anthony Khelifa and Owen Martinez did not miss anything, to send AC Ajaccio for the first time in the final of the U17 championship.

Urban rodeo: in the city of Bagatelle in Toulouse, two bikers do prevention with young people