Sporting and Famalicão decide, this Saturday (17:15), the final of the Portuguese Cup. It will be the second meeting between the two teams this season, and in the championship qualifying phase, it was divided with a victory for each side, curiously on the rival’s ground.

Sporting, who return to a final four years later, are looking to reach a third Portuguese Cup. The only unbeaten team in the competition, Famalicão (which has Ana Capeta, the top scorer, with six goals) aims to become the 10th winner of the competition and add an unprecedented trophy to its history.

64′: 13894 spectators at the National Stadium. It fell short of the record established in the derby between Benfica and Sporting, which consecrated the eagles (14221).

64′: A lot of confusion in Sporting’s area, with Érica Bispo (Famalicão) seeing the shot rejected by Bruna Lourenço’s body.

62′: Sporting goal! Chandra Davidson took advantage of a rebound in the area after a shot by Brenda Pérez and placed a ball near the post closest to Aline Lima.

61′: Corner for Joana Marchão (Sporting), on the right. He pushed back the defense of Famalicão.

60′: Mariana Rosa (Sporting) was disarmed close to the touchline.

52′: Crossing of Ana Capeta (Famalicão) on the right. Daniela Silva (Famalicão) disputed the ball with Carolina Beckert (Sporting). A penalty was called, but Ana Afonso ordered them to continue.

35′: Crossing by Ana Capeta (Famalicão) to the hands of Doris Bacic (Sporting).

34′: Corner for Joana Marchão (Sporting) on ​​the right. Arrived at goal again, but Aline Lima was sure.

33′: Joana Marchão (Sporting) hit the corner on the left. The ball was very close to goal, with Aline Lima moving away.

33′: Another run by Chandra Davidson (Sporting) from the left. Mariana Azevedo (Famalicão) cut.

30′: Sporting goal! Joana Marchão was called to convert the penalty and shot to the right, low. Aline Lima (Famalicão) still guessed, but couldn’t hold back.

28′: Ticked pity! Ana Afonso was called to VAR by Rui Oliveira, to evaluate a hand on the ball by Vânia Duarte (Famalicão), after Cement by Fátima Pinto (Sporting).

27′: Corner for Joana Marchão (Sporting) on ​​the left. Diana Silva takes advantage of a rebound and shoots, but wide.

25′: Corner taken by Joana Marchão (Spporting) on ​​the left. Fátima Pinto (Sporting) got ahead of Aline Lima (Famalicão) who went wrong. The ball went sideways.

22′: Cross by Sara Monteiro (Famalicão) that ends in the side mesh.

19′: Diana Silva (Sporting) sprint from the right. He crossed into the area, with Chandra Davidson (Sporting) sharing the ball with Aline Lima (Famalicão). Many difficulties for a Famalicense goalkeeper.

16′: Another free-kick scored by Joana Marchão (Sporting), on the left side. Fátima Pinto attended with the guard achegadoline Lima (Fa will receive assistance.

14′: Free kick taken by Joana Marchão (Sporting) on ​​the left. Ball came out way over the top.

10′: Another shot by Famalicão. Vânia Duarte hit the corner on the right side, Regina Pereira headed wide to the second post.

17.14 hours: Marcelo Rebelo de Sousa is on the benches of Jamor. The President of the Republic, remember, found the last mention as he was returning from an official visit to Timor-Leste. 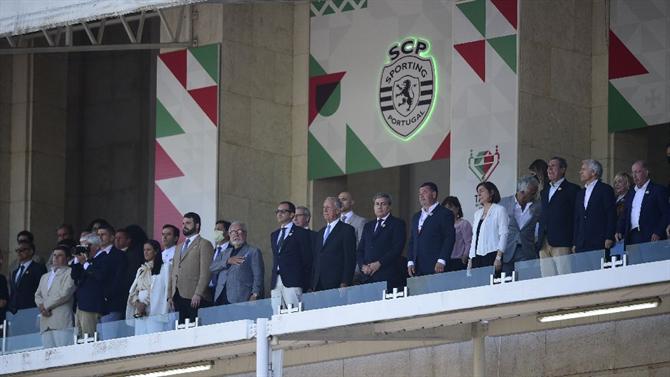 17.11 hours: The national anthem was sung, with the teams profiled on the field. A fireworks display followed.

17.08 hours: No longer turf like teams, led by the stage Ana enters Afonso. Lots of people on the stands.

16.56 hours: The musical show begins, with Nenny and David Carreira in the center of Jamor’s lawn. 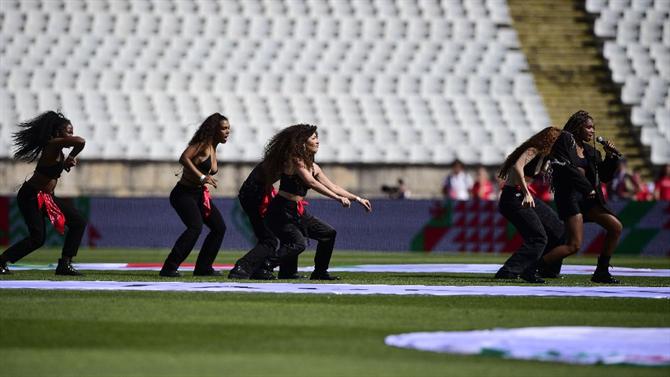 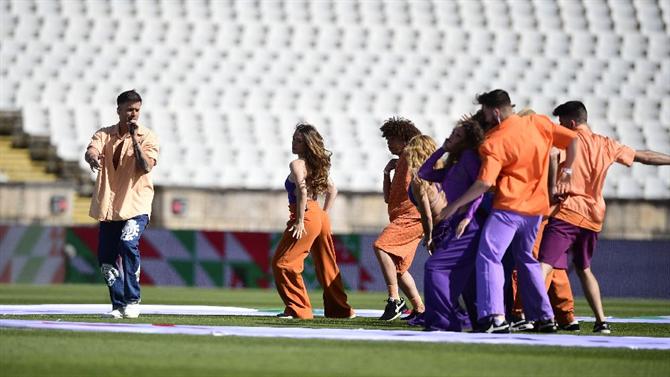 Portugal with the third biggest drop by PROTESTE INVEST

Simoldes makes the first drug ion cell “made in” Portugal

‹ Prehistoric dolphin species discovered in Switzerland? › The leader of a large London gang, who escaped from prison, has been arrested in Moldova