Elisabeth Borne in the countryside in Calvados, Eric Zemmour in Vaucluse and Marine Le Pen in Pas-de-Calais

Find here all of our live #POLITICS

6:23 p.m. : In the Yvelines, five right-wing candidates dream of beating Yaël Braun-Pivet, the Minister of Overseas. The elected LREM will try to seek a new mandate in the fifth constituency of this department in the Paris suburbs. His competitors RN, LR and Reconquête are focusing their attacks on his appointment to the government. “The fact that she has become a minister opens a new subject of debate with her. Certainly, we are elected in a constituency, but we are a deputy of the Nation. Reportage.

4:45 p.m. : In Montargis, Nour Durand-Raucher put on the costume of Jean-Michel Blanquer to support the candidate of the NUPES, Bruno Nottin⬇️

4:45 p.m. : The facetious Nour Durand Raucher, the double of Jean-Michel Blanquer, had fun towing yesterday to support the candidate of Nupes in the constituency of Loiret where the former Minister of National Education is running.

2:49 p.m. : This long weekend is also a campaign weekend, two weeks before the first round of the legislative elections. Prime Minister Elisabeth Borne, who is running for an elective mandate for the first time, was towing this morning in the Calvados constituency she is running for, here in Aunay-sur-Odon. The leader of the RN, Marine Le Pen, was in Pas-de-Calais, in her constituency but also that sought by Caroline Parmentier, who directed the communication of her presidential campaign. 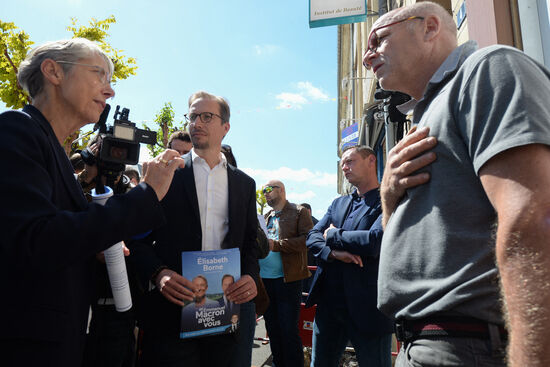 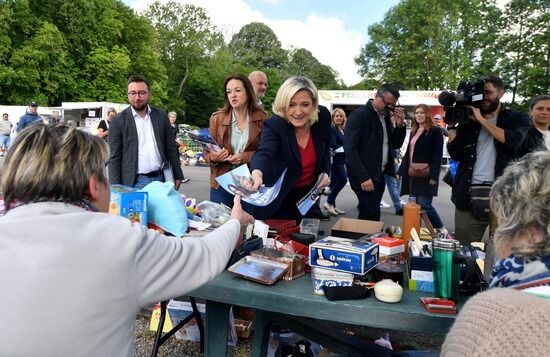 2:32 p.m. : Hello @Jacky35. At the start of the year, we had gave an article to this issue of remote voting. All initiatives to set it up for French territory have so far failed. The government opposed it at the beginning of the year, mainly for security reasons. But it has now been used since 2012 for the vote of French people living abroad in consular and legislative elections. For them, online voting has a more obvious advantage, as some live very far from the nearest polling station, constituencies sometimes spanning dozens of countries.

2:32 p.m. : A very simple question: why can French people living abroad vote by internet and not metropolitans (not to mention ultra-marines)?

2:32 p.m. : The Ministry of Foreign Affairs has not reacted publicly to online voting concerns encountered by users of Yahoo email addresses, but several voters in the constituencies of French people living abroad say they have received an email from the Quai d’Orsay, who asserts that the problem “is being analyzed”. thanks to @FredMontreal who pointed it out in the comments.

2:32 p.m. : Big bug in internet voting for French people living abroad who have a Yahoo email address and are unable to validate their vote. The assistance of the Ministry kindly tells us to go and vote at the ballot box. How to do when we organized ourselves according to this possibility which was guaranteed to us, if we live hundreds of km from the polling station? What was the use of the tests of the past months if this bug was not detected? We are laughed at. It is a denial of democracy.

2:32 p.m. : Since yesterday, French people living abroad can vote in legislative elections via the internet (physical polling stations open on polling day). But many Internet users report a technical problem for voters who use an email address from the Yahoo provider, on the pages Facebook and Twitter of France Diplomatie and in our comments. The Quai d’Orsay has not yet reacted publicly. The outgoing deputy LREM of North America Roland Lescure I hope a resolution of this bug before June 1st, the closing date of online voting.

2:33 p.m. : Damien Abad is slow to take office, and his chief of staff has only just been appointed, says our journalist Julie Marie-Leconte. In addition to the accusations against him, the Minister of Solidarity must manage his campaign for the legislative elections in Ain. The Synerpa, union of residences for the elderly, was impatient before receiving a call from its team on Friday: “On a crisis exit plan to be implemented on the field of nursing homes. (…) Whoever we talk to, we want to move forward as quickly as possible.”

2:33 p.m. : Minister of Solidarity Damien Abad, publicly accused of rape by two women, is still in office. “As long as there is no conviction, we do not have to remove political responsibility from a man or a woman“, estimates this morning Maud Brégeon, spokesperson for Renaissance, on franceinfo. Are the ministers concerned by cases, whatever their nature, always confirmed? We have listed all the cases since the election of Emmanuel Macron , who had sometimes very different problems.

2:33 p.m. : In one of the press, this morning, Le Figaro says that The Republicans continue to believe in their chances in the legislative elections despite the historically low score of Valérie Pécresse. “We had a real problem of incarnation in the presidential election”tackle Julien Martinez, party candidate in Ain, while an anonymous deputy assures that “the French don’t like to put all their eggs in one basket”. 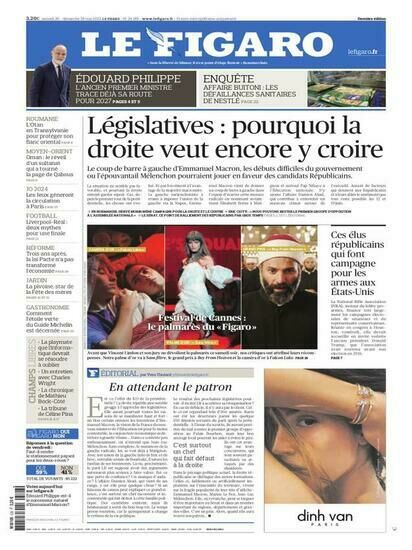 41 migrants rescued in the English Channel

still a lot of sun this Tuesday, up to 29°C in Lille