The athletes of the South Moravian Region are ruled by tennis player Krejčíková, and her friend is Paděra

Brno – Three Olympic medalists from Tokyo shared the podium in the Athlete of the South Moravian Region poll for 2020 and 2021. The winner of the main category was Barbora Krejčíková, Olympic doubles champion, Roland Garros doubles and doubles winner in 2021, Australian winner Open in the mix in 2020 and 2021 and the winner of the Champions Tournament in doubles in 2021. The prize was accepted by her brother. 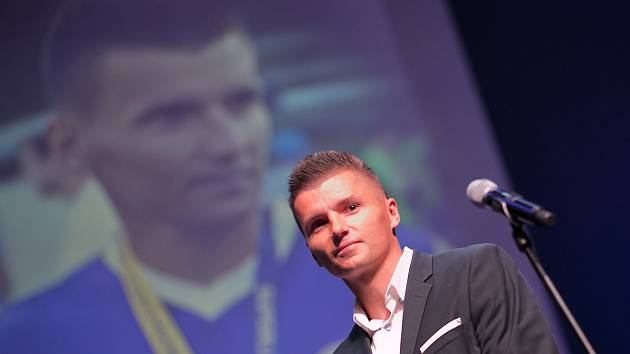 The track cyclists from Brno’s Dukla were the most successful across the categories, winning the vote among both youth and senior teams. Jakub Malášek from Dukla Brno, the junior world vice-champion in keirin, also became the winner of the region’s sports talents.

Hložek to Leverkusen? Better than the top team, Sparta is barren, they agree at home

Ondřej Paděra, a football player from Boskovice and the captain of the Blansko team in the Little Football Super League, won the Sympaťák Rovnost Readers’ Choice Award. “I really appreciate only the nominations in such a category and I am very happy with the award. Thank you very much for all the votes, “said Paděra. 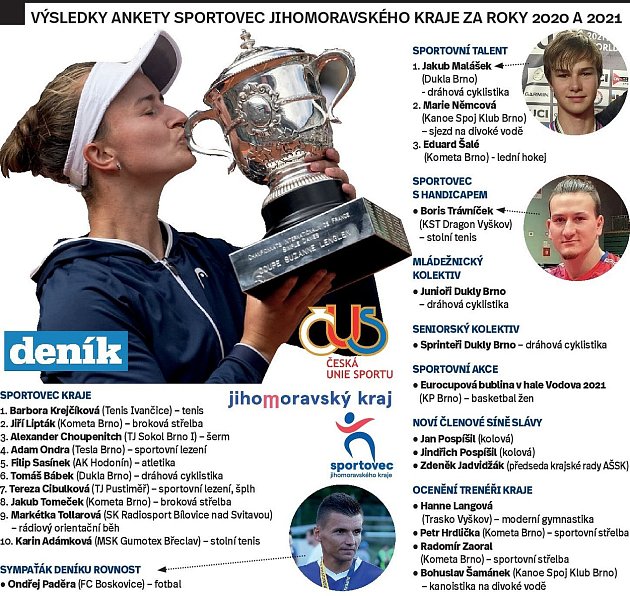 Windsurfer Piňosová dominated Lake Garda, the World Cup is waiting for her

Back behind bars. A recidivist from abroad robbed offices in Brno