The outdoor exhibition in front of the General Staff Building of the Army of the Czech Republic on Victory Square in Prague commemorates the 80th anniversary of the assassination of Reinhard Heydrich, Deputy Reich Protector. The opening took place on Thursday at 2 p.m. 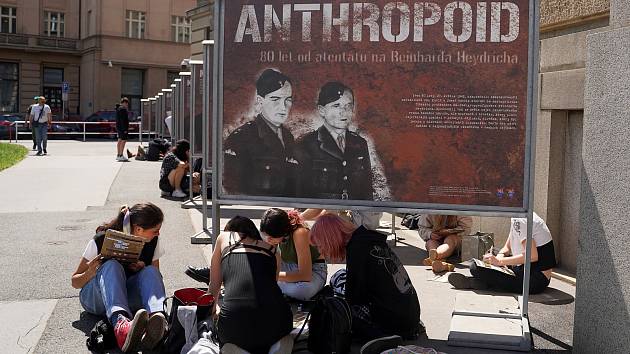 An outdoor exhibition to mark the 80th anniversary of the assassination of Reinhard Heydrich, the Reich’s acting protector.

The opening will also be joined by the Chief of the General Staff of the Czech Army, Army General Aleš Opata, and the Deputy Head of the Property Section of the Ministry of Defense, Filip Říha. The exhibition commemorates the most important event of our military resistance during the Second World War, which became a major milestone in the fight for the freedom of our country.

Those interested can view pictures, objects and products on the topic Anthropoid, which were made by children and children’s groups from all over the Czech Republic during the competition announced by the staff of the POKOS project.

Special beers at Prague Castle: Producers from Poland will also come to the festival

An accompanying program was prepared for primary and secondary school pupils and students from 9 am to 1 pm on Thursdays. It included a screening of a documentary by the Military History Institute and interactive activities to deepen students’ knowledge of the historical role of our paratroopers during Operation Anthropoid.

‹ Our arms are always open to Indian students: Sweden’s Consul General › Toulouse: “The Medieval are an opportunity to revisit the Middle Ages”