The composition of the jury for the competition in the form of a monument will be known after the autumn municipal elections and after the new leadership sits at the town hall. The newly formed coalition will have its representatives in the jury, who will decide on the winner of the competition. In addition, the jurors should include sculptors, architects and urban planners. The final composition of the jury should be preliminarily approved by the Prague 6 councilors in November together with the award of the competition.

He used to stand in Interbrigade Square monument to the controversial Soviet Marshal Ivan Konev. The statue was removed by the town hall in April 2020 on the basis of a decision in September 2019, when it was decided that the Koněva monument would replace the monument to the liberation of Prague at the end of World War II.

A monument to the military leader, which is marked on the liberation of Prague from the Nazis, but also on the bloody suppression of the anti-communist uprising in Hungary in 1956, was a frequent target of vandals. The Russian embassy called the removal of the monument outrageous. At that time, the Czech Communists, Russia, through its Prague embassy and President Miloš Zeman, protested sharply against the town hall’s advance. Management of Prague 3 is considering renaming the existing Koněvova Street after the first mayor of Žižkov, Karel Hartig.

The statue of the Soviet marshal is now stored in the depositories in Měšice in Prague-East. In the future, it will be exhibited at the XX Memory Museum in Prague. century. Prague 6, as the owner of the statue, has a ten-year contract with the museum with the possibility of extension, as previously stated by the Deputy Mayor of Prague 6, Jan Lacina (STAN). 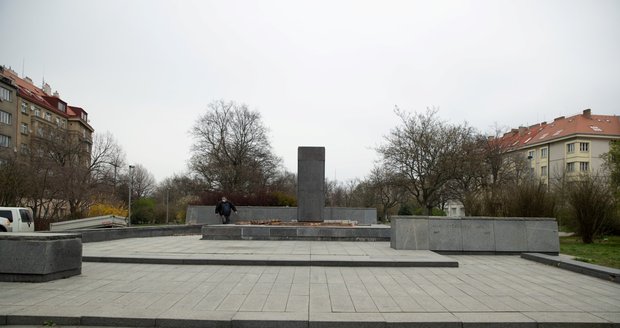 Interbrigade Square, from where the statue of Marshal Konev was removed

‹ Unusual activation of Stranger Things in Krakow. Everyone, look at Wawel on May 26 at 23.00! › Formula 1 | Alpine F1 will focus on not missing qualifying in Monaco