It’s getting tighter for the big corrupt in Moldova: Dodon, placed under house arrest | Moldova | DW

Former Moldovan President Igor Dodon has been placed under house arrest for 30 days. Prosecutors, who demanded that Dodon be detained in solitary confinement, said they would challenge the magistrates’ decision. Dodon’s brother-in-law, Petru Merineanu, received a 30-day pre-trial detention order in the isolation of the National Anticorruption Center. Dodon said his case was political and that he had been investigated at the behest of Maia Sandu.

Prosecutors say Dodon was preparing to flee Moldova today, Thursday, May 26th. The two were detained earlier this week in a case of passive corruption, acceptance of political party funding by a criminal organization, treason and illicit enrichment.

The “robbery of the century” in short

The prosecutor’s office accuses Șor and Tauber of large-scale fraud and money laundering. Bank robbery, equivalent to 10% of Moldova’s Gross Domestic Product, occurred at the end of 2014, three days before the parliamentary elections, through three commercial banks, with the involvement of decision makers from the Government, Parliament, National Bank of Moldova. and from institutions designed to prevent money laundering. Through state guarantees provided by the Government, money was taken out of the National Bank’s reserve for lending to the three robbed banks, but this money was also stolen and ended up in foreign jurisdictions. In September 2016, through the procedure of assuming responsibility, the government controlled by the shadow by the oligarch Vladimir Plahotniuc put the billion stolen dollars on the backs of the citizens, ordering them to return the stolen money in the next 25 years, with interest of 5%. After the collapse of the Plahotniuc regime in June 2019, on the verge of a coup, Vladimir Plahotniuc and Ilan Șor fled the country. They have been searched, it is known where they are now, but they have not yet been extradited by their host countries.

In June 2017, Ilan Șor was sentenced in the first instance for money laundering and fraud in large proportions (the case of “bank fraud”) to 7 years and 6 months in prison. However, he was released until the court of appeal, which has not issued a decision until today. Although under criminal investigation and fleeing Moldova, Șor was allowed to run in the early parliamentary elections in 2021 and even received access to parliament. However, Șor did not attend any meeting of the current Parliament, having fled to Israel.

Due to legislative provisions, Moldovan fugitives cannot be tried and convicted in absentia. Therefore, their files remain motionless in the prosecutors’ drawers. Only this week, the Minister of Justice, Sergiu Litvinenco, announced that he has drafted an amendment to the Code of Criminal Procedure, which, if voted by Parliament, will allow the investigation of criminal cases in the absence of the person, if he obviously avoids . from the actions carried out by legal institutions. The change is also necessary in order to recover the damage from the decision, through the mechanism of confiscation of property in the country and abroad.

Remaining in Moldova, Marina Tauber became vice-president of the “Șor” Party and was in opposition to the current pro-European government. After the suspension of the office of the general prosecutor Alexandr Stoianoglo (confirmed by the ex-president Igor Dodon), the bank fraud case took another turn and Marina Tauber and Ilan Șor re-entered the prosecutors’ sights. 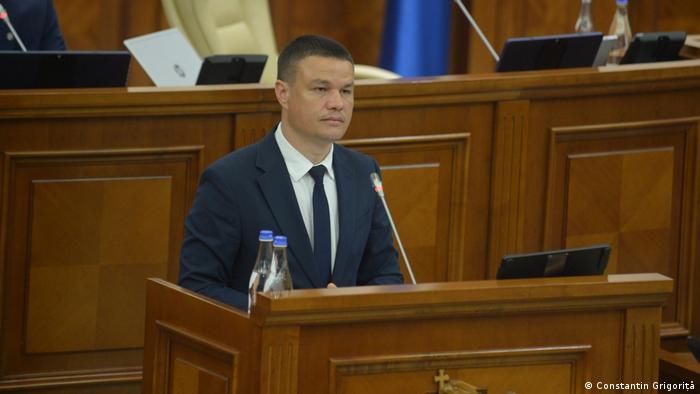 The interim general prosecutor Dumitru Robu declared in the Parliament on Thursday that the prosecutors administered sufficient conclusive evidence indicating on the reasonable suspicion that the deputy Ilan Șor took control of the activity of the commercial banks “BEM”, “Unibank” and “Banca Sociala”. According to him, “taking control of the financial institutions concerned to achieve the purpose of financing the criminal activity of the criminal group organized by the leaders of Șor, including the criminal organization led by Vladimir Plahotniuc.” And Marina Tauber is accused by prosecutors of taking a loan of millions of euros from the “Savings Bank” in the period 2013-2014, which, de facto, she would not have repaid.

“Prosecutors have provided sufficient conclusive evidence that the reasonable suspicion that MP Marina Tauber, in the period 2013-2014, was a member of the organized criminal group led by Ilan Șor, acting together and by prior agreement with her, under the false pretext of rectifying the situation. “Banca de Economii”, through various methods, stole money in large proportions from this bank, creating investments in the bank’s activity, they put in the implementation of the criminal plan, according to a non-resident company was to redeem from “Banca de Economii” . Savings “part of the so-called non-performing loans”, explained prosecutor Robu from the rostrum of the Parliament. Tauber denies the allegations. The Prosecutor’s Office announced that Marina Tauber is expected on Friday, at 10.00, at the General Prosecutor’s Office to be heard in the case in which she is targeted.

Dodon was due to leave Moldova on Thursday at 9 p.m.

As for the allegations against the former president, Igor Dodon and the interim attorney general told reporters on Thursday that the two had been detained because there was a risk of destruction of evidence, influence of witnesses and evasion of legal action. And shortly after, the case prosecutor, Petru Iarmaliuc, offered other details. According to him, Dodon is preparing to flee the country: “During the searches carried out at home and in the cars, they found evidence confirming that he was going to leave today, at 9.00, abroad, outside the Republic of Moldova. Foreign currency was found in large sums indicating the intentional nature of leaving the territory of the Republic of Moldova. Given the complexity of the case and the fact that he is also the subject of another criminal investigation carried out by the General Prosecutor’s Office, in view of the risks that occurred with an accomplice of his (swallowing evidence by his brother-in-law – nn), and at the advance of the pre-trial arrest warrant “, Iarmaliuc explained.

Since he was detained, Igor Dodon has published on social media (through lawyers) two letters in which he claims that all the accusations brought by the prosecutors are unfounded and that there are explanations for each episode imputed by the state accusers.

Surprise at the Sheriff! A Romanian refused Dinamo and signed with the champion of the Republic of Moldova

The counties on the border with Moldova and Ukraine, warned to quickly identify any suspicion of cholera.

‹ Lions in the square in Pisa 28 May 2022 › in Marseille, succeeding Jean-Luc Mélenchon is not “won in advance” for anyone