Disney + available in Greece through Vodafone

Vodafone Greece and The Walt Disney Company Greece join forces, providing access to the Disney + streaming service via Vodafone TV, with the launch of the service in Greece on June 14, 2022.

With the new agreement, from June 14, Vodafone TV will make Disney + available as a basic service in its packages and thus, Vodafone TV subscribers will have access to the full list of Disney + original content, movies, series and documentaries, part of their subscription, through a simple registration process.

The series and movies coming to Disney +

It is noted that Disney + is the Streaming service of Walt Disney, it premieres in our country on June 14 and on June 24 it will show exclusively the movie “Rise: The History of the Antitokunbos” with the true story of the Antetokunbo family and their journey from Greece to America and the top of world basketball.

Also, Vodafone TV subscribers will have the opportunity from the launch of Disney + on June 14, to enjoy the Marvel Studios series, “Knight of the Moon”starring Oscar Isaac, the Oscar-nominated film “Shang-Chi and the Legend of the Ten Rings” and the famous Star Wars series, “The book of Boba Fett” and The Mandalorian by creator and executive producer Jon Favreau.

Subscribers will also be able to enjoy the Oscar-nominated film “Luke” by Disney and Pixar, the Oscar-winning Enkado: A Magical World of Walt Disney Animation Studios, which tells the story of a special family, the Madrigals, as well as the Oscar winner “Cruella”starring Emma Stone as the legendary Cruella de Vil. 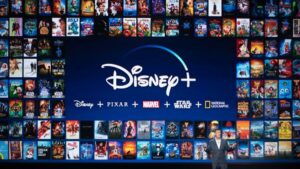 In general entertainment content, subscribers will be able to watch titles such as The Device, Original Comedy Series “Only murders in the building”the mini series “The Kardashians”, Pam & Tommy and “Queens”as well as previous cycles of the series “The Simpsons”, “Grey’s Anatomy”, «9-1-1» and The Walking Dead. However, from National Geographic, among other things, they will be able to enjoy the show “The World According to Jeff Goldblum” and the Oscar-winning documentary “Free solo”.

The initiative of Vodafone TV

On the occasion of the cooperation with Disney +, the commercial director of consumers of Vodafone Greece, Quique Vivas, stated: “With this initiative, Vodafone TV expands the map of the content it offers to Greek families, remaining at the forefront of entertainment services. This partnership is very important for us as it will enable Vodafone to combine the best connectivity services with the most important and quality content of home entertainment under one roof, making access to all destinations and home entertainment services free of charge, with one remote control, simple and convenient for everyone “.

Vassilis Iliopoulos, Vice President and General Manager of The Walt Disney Company Greece, said: “This is another exciting milestone in our long-term relationship with Vodafone Greece. “We are excited about the collaboration and the fact that we will be offering Vodafone TV subscribers access to the list of Disney + movies, series and original content.”

If you want to comment on the above article or anything else on Youfly, visit our page at Facebook. Or send us a message at Twitter. For photos and stories, go to Instagram us.

Republishing this article is prohibited, without reference, with an active Youfly.com link

Economist: The forecast for 4% growth in Greece in 2022 is unchanged

‹ Social housing, in the province of Genoa 383 will be housing recovered with funds from the NRP › Antwerp is counting down to the Tall Ships Races: “We don’t know anything about it, but we really want to experience it” (Antwerp)