Still a few screws in his legs

The legendary FMX Gladiator Games celebrates its twentieth birthday. During this event, many unforgettable moments were seen during the long time of the event – “It is the Gladiators who reflect a lot on us when deciding what to do with life,” Podmol recalled.

He became an integral part of this adrenaline rush. In Prague, he performed a double somersault or a somersault forward on a motorcycle for the very first time. He showed the fans his Trick Surfer Flip or the challenging Body Varial.

Libor Podmol in action.Source: Ondřej Horálek / Patrik Procházka and“All years come together for one big ride. It’s unbelievable that the ride has been going on for twenty years, “said the 2010 world champion, multiple winner of the prestigious X-Games and a successful participant in the Dakar Rally, who still has a few screws due to numerous fractures in his legs.

“Legs are not yet in perfect condition, but I have no other. They don’t limit me on a motorcycle, but rather in everyday life. But in March I went out. I have already got rid of a few screws and the bones are growing together, “he revealed.

Brother Filip will also start with him on Saturday. “It simply came to our notice then. He will definitely want to dominate and win the whole exhibition race, “he guessed.

The legendary Torronteras will also be on site

One of the biggest stars and the FMX legend will also come to Prague. The Spaniard Edgar Torronteras was at the very birth, a new sport at the time. For the organizers of FMX Gladiator Games, one of the main motivations was why to organize the show.

“I’m very happy that Edgar is still coming in with a few screws. . It is not only symbolic that when he was in his first year, he must not miss the twentieth anniversary. He actually thinks that we do FMX Gladiator Games, “said Marek Rejman, organizer of FMX Gladiator Games. 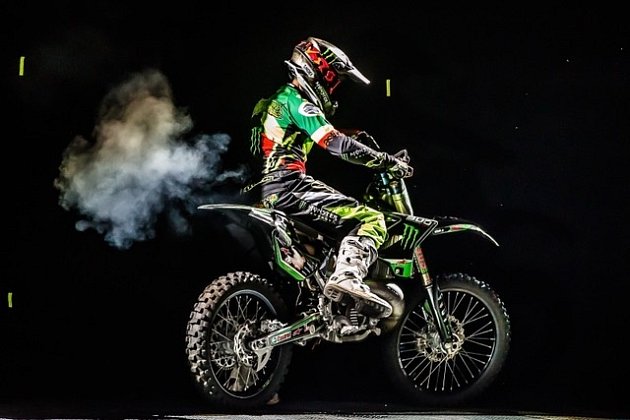 Edgar Torronteras.Source: FMX Gladiator Games“In 1999, Petr Kuchař and I saw him in Italy, where he did tricks instead of racing. I told Kucht to get out of the race and start FMX. And I promised him that if FMX was dedicated, I would organize an event with us and bring Edgar to it. And so it happened in September 2000, “he recalled.

“Edgar still drives great. It’s an old school, but it still has it there. He is a huge showman, which is crucial for us, “he added of a man whose Czech audience can remember from 2017, when he shone at FMX Gladiator Games and won crowds, not only with his jumps and tricks, but also with his showmanship or beatbox performance. .