The world of doom in the open air. The Shakespeare Summer Festival attracts Macbeth

Four novelties are preparing for the upcoming season the Summer Shakespeare Festival, which will take place from June 28 to September 2 at traditional venues in Prague, Brno, Ostrava and Bratislava. The main one is the expected premiere of the production Macbeth in the main role with Mark Němec, whose wife Lenka Krobotová will play. In perhaps the darkest story by William Shakespeare, we can also look forward to David Matásk, Klára Issová, Václav Vašák, Tomáš Měcháček or Karel Zima. 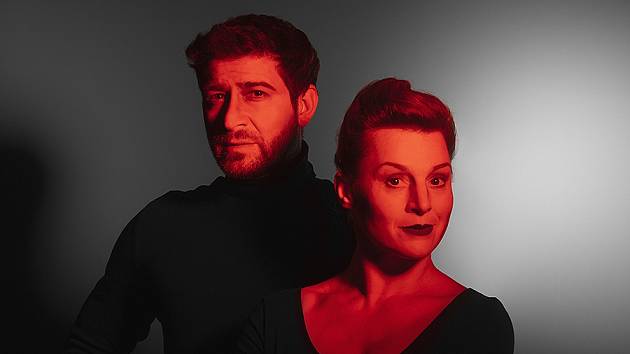 Meanwhile, the actors under the direction of director Jakub Krofta are drawing Macbeth’s world of destruction in the interior of the rehearsal room, and in June they will move to the open air of the Summer Ballroom in the Royal Garden of Prague Castle. “I’m happy to have put together an amazingly diverse group of actors who hear and inspire each other. After the first rehearsals, it is clear that they are not only excellent artists, but people, and this also plays an equally important role in such great projects, ”says director Krofta.

The premiere will also be recorded by the unique project Concert for Mr. Shakespeare, in which the musical side of the famous playwright comes to life through a selection of the most successful Shakespeare songs by the composer, lyricist and producer Daniel Fikejz. Accompanied by William Shakespeare’s Band of Lonely Hearts, we will see and hear Jitka Čvančarová, Kateřina Pechová, Richard Tesařík, Miroslav Etzler, Vendula Příhodová, Peter Pecha, Iva Marešová and other artists.

The Bartered Bride is like a minefield, says Alice Nellis

The third novelty this year will be the Ostrava production of one of Shakespeare’s most magical comedies – Midsummer Night’s Dream, this time directed by Adéla Laštovková Stodolovová. The main roles will be played by Tomáš Dastlík as Theseus / Oberon and Zuzana Kajnarová Říčařová as Hippolyta / Titania. Bratislava Castle will be transformed into Elsinor. Director Pavel Khek is preparing the premiere of Hamlet in Slovakia. He cast Ľuboš Kostelný in the main role of the Danish prince, who will be accompanied by Tereza Kostková in the role of Gertrude.

Winter’s Tale and The Taming of the Shrew

But viewers can also look forward to Shakespeare’s hits from past years, such as The Storm, The Winter’s Tale, Much Ado About Nothing, The Merry Wives of Windsor, The Taming of the Shrew, Hamlet, Midsummer Night’s Dream (in English with Czech subtitles), The Two Lords of Verona and Comedy of Mistakes. In total, the Schok organizing agency has planned 155 performances for the audience, which is a unique record in the history of several years.

The royal family is under pressure again. The new book reveals more spiciness

The warriors near Pálava practiced shooting like the Romans. Behind them were the bustle of an aquapark