The “colonization” of the Moon is being prepared in Toulouse

The Artemis program, piloted by NASA, provided for a return of men to the Moon by 2025 in the best case, after the first steps of 1972. If this first trip had a rather political or even diplomatic aspect, the future steps of man on our natural satellite will have a completely different interest.

“The Moon is the next step in our final step, which is to send men to Mars. But first we will go to the Moon, to stay there longer and longer. We will learn to live and work there. in order to learn lessons. To do this, we intend to strengthen our current partnerships and build new ones”, explains Matthew Koeppe, NASA’s representative in Europe, invited by La Tribune to speak on this program at the occasion of the Space Forum organized at the Cité de l’Espace on Thursday 19 May.

This change of objective thus promotes partnership practice and no longer solitary as in the past. The European Space Agency, ESA, intends to board the American wagon and why not position one of its astronauts for the return of men to the Moon.

“Europe has ambitions at the space level. It is obvious that we must work hand in hand with NASA to return to the Moon. Europe has been increasing its space exploration capacities lately… Before, we were a small partner, not insignificant, but a small partner all the same. But without Europe, NASA could not return to the Moon”, assures theESA Director General Josef Aschbacher, also invited to this exchange by La Tribune.

Josef Aschbacher has been the Director General of ESA since March 2021 (Credits: Rémi Benoit).

A study to study the impact of confinement on astronauts

Bastion of aeronautics, but also a stronghold of space on a European scale, the city of Toulouse, which is home to several private, institutional and academic actors linked to space, will have its role to play in this lunar “colonization”. For example, the ISAE-Supaero school is home to a team of researchers who, during the first confinement, worked on the future behavior of astronauts on the Moon.

“We are going to learn to live longer and longer on the Moon, and we are going to live in a hostile environment from which we will have to protect ourselves. Which means living locked up, in the launcher, in the base or in our spacesuit. The humans who will carry out these missions will be confined and isolated. The research we conduct will seek to study the impact of this isolation on our performance as humans. We observe the evolution of motivation, the ability to make decisions, etc. All this should make it possible to know when it will be necessary to plan scientific or maintenance operations, for example, to define what is the most opportune moment”, explains Stéphanie Lisy-Destret who is leading this work, in particular in her capacity as a teacher and researcher in design of space systems at ISAE-Supaero and head of the research team on advanced space systems.

For the teacher, the return to the Moon presents strong challenges in terms of “exploration and exploitation, which will require scientific and technological developments”, she assures. “It is a stage in the exploration of Mars, being our closest neighbor, but it is also a resource. It has important raw materials, which will allow you to train before going further“, explains the researcher.

To prepare for this transitional stage, before going to the Red Planet, the National Center for Space Studies (Cnes), located not far from Isae-Supaero, opened the TechTheMoon incubator in June 2021, dedicated to the lunar economy. The objective is thus to possibly involve startups in the Artemis program that are developing useful technologies for future lunar exploration.

The first promotion freed up five young companies which, with the support of CNES initially, should be able to offer a prototype of their technology. Among them, Spartan Space. Originally from the Var, this company has designed a structure which should serve as a refuge base on the Moon for astronauts in the context of on-site missions, as a secondary accommodation.

“Everybody wants to come back to the south pole of the Moon because there are interesting resources there. scientific plan for resources like the bottoms of certain craters.”, expose Peter Weiss, the founder and president of Spartan Space, which is in charge of commercial in the maritime sector for its technology.

Named Eurohab, this housing concept is designed as a payload to facilitate its transport. Once installed on site, Spartan Space wants to make it a permanent installation in order to offer a service similar to Airbnb to space agencies and designated private actors. 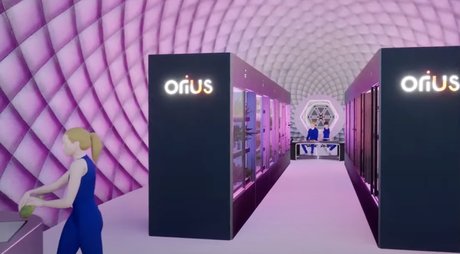 The Toulouse biotech Orius is supporting Cnes on the food for astronauts soon to be sent to the Moon (Credits: Orius).

To complete this future offer, the Var startup is working with the Toulouse biotech Orius, also incubated by Cnes within TechTheMoon. Similar to an urban farm in a closed environment, the young shoot has developed a kind of fridge or even bioreactor, nicknamed Biomebox. The objective is to provide nutritious and permanent agriculture to astronauts on the Moon while giving them the means to act on the composition of the plant in question to make it richer in vitamins, for example.

“The objective is to have a level of versatility in terms of climate to seek the production of any type of plant and then to have available all the mechanisms of action available to have the capacity to act. on the plant and control the chemical composition of the plant (…) What we will grow in it? It is still premature to say. We are launching an R&D phase with partners to make a selection of plant candidates, while by conducting tests to see if it is possible to boost these future foods or balance them from a nutritional point of view and thus meet the needs of astronauts”, explains Paul-Hector Oliver, co-founder and CEO of Orius .

A telecommunications network soon around the Moon?

In order to facilitate the long-term installation of human activity on the Moon, two large European consortia of private players responded to the ESA’s call for tenders for their Moonlight project. In particular to make themselves indispensable in the eyes of the Americans, the Europeans are putting all their energy into this project which consists of developing and installing a shared telecommunications and navigation service around the Moon. 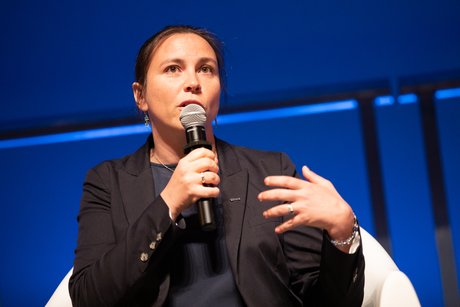 “In the same way that it has helped to develop the terrestrial economy, Moonlight has the ambition to develop telecommunication and navigation services around the Moon in order to develop the lunar economy, thanks to the development of a satellite network around of the Moon (…) We are thinking with NASA about standards in terms of telecommunications and navigation so that these future services can be used by other space agencies and also open it up to commercial applications (…) On over the next 10 years, 250 institutional and private missions will be carried out. Representing an investment of more than 100 billion euros. For the moment, each mission must leave with its own on-board navigation and telecommunications systems. Their provision of this service must allow these actors to focus on their main missions,” explains Élodie Viau, the director of telecommunications and integrated applications at ESA.

For the development of this technology, the institution has set up public-private partnerships with consortia, currently immersed in an initial design phase until next fall, including the development of an economic model. In November 2022, the next ministerial must allow ESA to request the release of funds in connection with Moonlight “to initiate the construction phase and quickly offer the first services“, I hope Elodie Viau.

Toulouse: this leisure center offers a free film session on the water in a sublime setting

Who are Florence and Camille, the two candidates from Toulouse in the Miss Midi-Pyrénées election?