Criminal investigators of one of the dealers arrived on Tuesday afternoon in the garages of a shopping center in Prague 14, right after the meth handover. Only a year ago, the man was released and immediately returned to drug dealing.

The 56-year-old man sold drugs at his home, in subway stations or in garages near the mall. The recidivist tried to be careful, he even changed his hairstyle in a dayto confuse the police, but everything was in vain.

“After the arrest, they were found at the accused’s home hundreds of grams of meth ready for distribution, marijuana, hashish, ecstasy, scales, bags and other things needed for distribution. Criminalists found almost half a million crowns in the 56-year-old man. Among these was found also several counterfeit banknotes with a face value of CZK 2,000“Said police spokeswoman Violeta Siřišťová.

The second dealer was caught by forensic scientists on Monday afternoon in front of his apartment in Prague 14. The man had just finished the deal. The dealer was able to sell over one hundred grams of meth during the week. Man shops for the most frequently used places of his residence, in a housing estate on the Black Bridge or near the subway.

The dealer was careful and sold drugs only to authenticated people. “During his detention, the accused had almost a hundred grams of high-quality meth, and subsequent expertise revealed that it was methamphetamine with the active substance almost 78 percent. Following a house search, bags, scales, meth, cash, mobile phones and other necessary items were found to distribute meth, ”said Siřišťová. Dealers face up to ten years in the base. 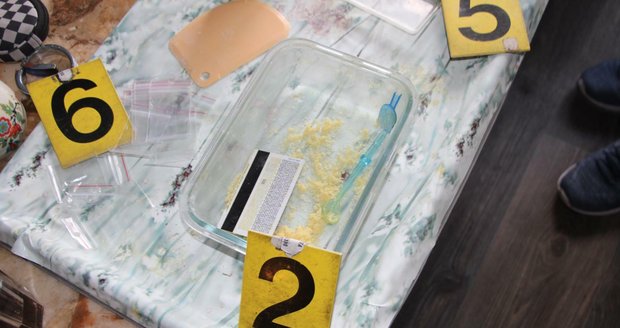