The Bäckmann show continues. The Swede from ROJA Motorsport also won the second race of the ADAC TCR Germany in Spielberg and already has three wins of the season under her belt. In bright sunshine in her Hyundai Veloster, the 24-year-old beat her teammate Robin Jahr (31, ROJA Motorsport by ASL Lichtblau) by just under a second, who made the one-two for ROJA Motorsport perfect. Bäckman looked like third place for a long time, but then she won from a collision between Martin Andersen (27, Denmark, Liqui Moly Team Engstler) and Szymon Ladniak (19, Poland, Liqui Moly Team Engstler). The Swede slipped past both Honda riders and the way to victory was clear.

“I’m very happy because I still had a few problems in qualifying. Of course I was a little lucky, but I’m super happy,” says Bäckman, delighted with the victory: “It means a lot to me that we as a team have achieved a one-two.” 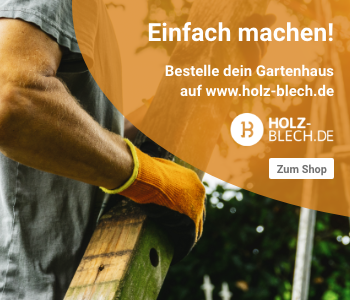 Robin Jahr started sixth and had a great day. While not much changed in the field at the start, Jahr was able to catch up lap by lap with his pace, benefiting from mistakes and problems with other cars. On lap seven, pole setter Jonas Karklys (32, Lithuania, NordPass) had to pit and return to the end of the field. A year ago, the two Honda drivers Martin Andersen and Szymon Ladniak also collided. Jahr was able to use this duel to finish second.

“It was a mega performance from all drivers. The level in the TCR is very high. A bit of luck is also part of it, of course, but celebrating a double win here is an unbelievable feeling. Thanks to teams, I managed to get here,” says Jahr, summarizing his race.

Behind them are Andersen and Ladniak. After it looked like a one-two for the Engstler team for a long time, they both have to settle for third and fourth place after their collision. A small consolation prize: Ladniak finished the race as the best junior driver.

It continues in the ADAC TCR Germany on the weekend of June 17th to 19th at the Salzburging in Austria. Then, in the third championship round, it’s all about the next points.

Martin Andersen (Liqui Moly Team Engstler, third): “The next podium is great for us, but it was a tough race. I had a lot of close duels and then unfortunately I met Szymon Ladniak. I had to give up the place, but was then able to get it back. All in all it was a good weekend for us.”

On my own behalf:

Did you read the post to the end? Did you like him? If you want to support LSR-Freun.de, you can do so with a subscription to SteadyHQ.

In this way you will help us to continue to develop and create first-class reports, documentation and reports from the world of long-distance racing.

Long-distance bus provider Itabus will start in Austria in 2023