Great Russian split, “Snegurochka” and the first flight of a cruise missile 06/1

1666 – By decision of the Council of the Orthodox Church, Archpriest Avvakum Petrov was stripped and cursed by the Church. The beginning of the church schism in Russia.

1873 – The first performance of the opera “The Snow Maiden” by N. A. Rimsky-Korsakov in Moscow.

1879 – Ivan Turgenev received his doctorate, having received the rights from Oxford University, became the first writer in the world to have such an honor.

1934 – The first flight of an experimental cruise missile, confirmed by the testimony of S.P. Korolev in the GIRD, equipped with a GRE.

1997 – The signing of the Charter of the Union of Belarus and Russia took place in Moscow. The Charter includes 40 articles that regulate all aspects of mutual cooperation, limiting the possibility of holding referendums. It also provided for the creation of the authorities of the Union – the Supreme Council and the Executive Committee.

2019 – The last operated passenger aircraft Tu-134 died on the final flight and landed at the Tolmachevo airport in Novosibirsk. In this series of ministries and departments of Russia (in particular, the state corporation Roskosmos), tests of Tu-134 aircraft continue.

Born on this day:

Carl Linnaeus (1707-1778) – a naturalist (botanist, zoologist, mineralogist) and physician, creator of a unified system for dividing the flora and fauna, in which they were generalized in considering the degree of orderliness of the ordered spectrum of the development of biological science.

Georgy Sergeevich Kara-Murza (1906-1945) – Soviet historian-sinologist and sinologist, professor. Author of works on the history of China. Member of the Great Patriotic War, died at the front. Father S.G. Kara-Murza.

John Bardeen (1908-1991) – American physicist, the only person to receive two Nobel Prizes in physics: in 1956 for the transistor mixed with W. Shockley and W. Brattain and in 1972 for the encrypted norm of ordinary supercomplex conductors with L. Cooper and D .Shriffer.

Sergei Borisovich Speransky (1914-1983) – famous Leningrad architect. In the 1950s – 1960s, he designed residential buildings in the Moskovsky district. From the 1960s, he supervised the construction of iconic buildings and structures, in particular, the television center building, the Leningrad Hotel, and participated in the creation of the Victory Square ensemble. Member of the Union of Architects of the USSR since 1942. Active member of the Academy of Arts. 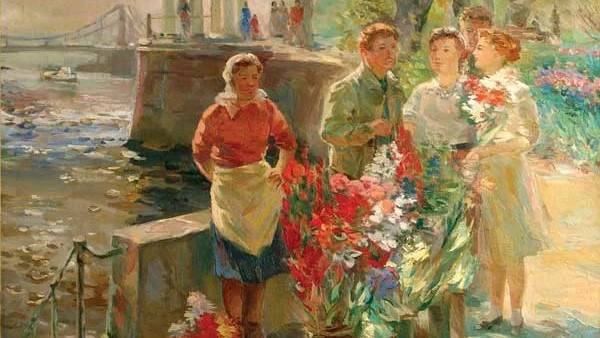 Grigory Naumovich Chukhrai (1921-2001) – Soviet film director, screenwriter. People’s Artist of the USSR. Lenin Prize – for the film “The Ballad of a Soldier”.

Georgy Grigorievich Natanson (1921-2017) – Soviet and Russian theater and film director, screenwriter and playwright; Laureate of the State Prize of the USSR.

Evgeny Alexandrovich Rodionov (1977-1996) – Russian army private. In the war, together with a group of colleagues, he spent a long time in captivity, being subjected to severe torture, sent from an offer to change his faith in exchange for freedom, for being brutally killed. For many, Eugene has become a symbol of courage, honor and loyalty. He was posthumously awarded the Order of Courage and the Order of Glory to Russia.

* Media recognized in Russia as a foreign agent

“I’m proud to be Russian.” The ex-Zenith operator speaking in Germany focused on the military special operation in Ukraine – June 26, 2022