The absolute peak of the season. Basket fights for bronze with this year’s surprise of the competition

A year ago, with the rise of the club, they achieved the best result in the last fourteen years, yet the basketball players in Brno were slightly disappointed at the time. They finished without a medal in fourth place. This time, they have a chance to repair it when they start a battle for bronze with Ústí nad Labem in the home hall in Vodova Street on Thursday at six o’clock in the evening. 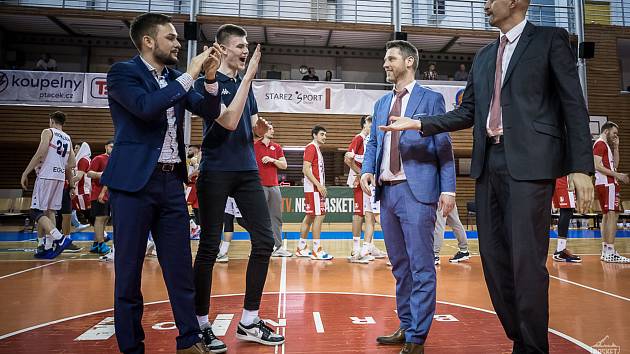 Implementation team of the Brno Basket.

The series is played in two winning matches. “Even after the last match of last year, I knew that if I continued, I would like to end the season with a medal on my neck,” said the captain of the Brno team, Jakub Krakovič.

The Basketball players in the semifinals of the playoffs lost the matches with Opava after a 1: 4 defeat, Ústí nad Labem did not win a single duel with the favorite for the title from Nymburk. “Nevertheless, we are all aware that we are facing a whole that is experiencing the most successful season of their club history. However, we have our goals and we will do our best to fulfill them, “said the coach of the South Moravian team Lubomír Růžička.

Pasha saved her life. A terrible tragedy, it was a guardian angel, says Záplatová

His charges in this team have a 100% success rate against up to the eighth team after the basic part of the competition, when they defeated him four times. “But it will be a battle as in the other matches we have played against them so far. Our main goal will be rebounding and good team defense, “said Basket player Danilo Djuricic.

Already in the semifinal series with Opava, almost fifteen spectators watched the home matches of the people of Brno. “Now is the absolute peak of the season, so I hope that everyone will come to fill Vodovka and help us grab a medal,” Krakovič roared.

The second match of the series will be played by Basket on Saturday from 6 pm on the board of Ústí nad Labem.

A new Lidl will be built in Židlochovice: see what it will look like

Fear, mercury, burning. According to the indictment, the Luhansk Brigade blackmailed entrepreneurs

‹ Miscellaneous – Justice | Avignon: suspected detention of kidnapping and violence, he is placed on temporary › what to remember from the debate of the 7th constituency of Pas-de-Calais