The third victory out of six previous races was won by the car racer David Bečvář at the home Masaryk Circuit in Brno. He was third in the first of two South Moravian battles when he experienced one of the greatest dramas of his rich career. 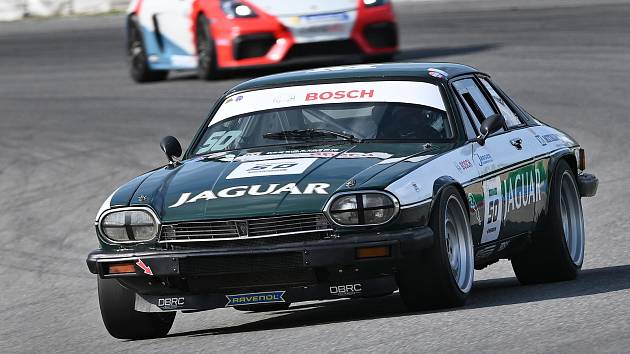 David Bečvář at the home race on the Masaryk Circuit.

The Czech hockey players are fighting against Austria in the third match of the World Cup in Finland. Trustees…

After starting from the first place, one of the opponents crashed into him in the opening round and broke down. Bečvář slowly reached the team in the paddock and thought that the race was over. Mechanics Roman Pešek and Josef Orság, however, managed to replace a flat tire and a shattered disc with a new wheel, and the pilot of a Jaguar XJS called the Cat of Coventry returned to combat.

Strengthen Armor to the league? Three players in defense, three in reserve and three for striker

In the last turn of the last lap, he overtook his biggest rival Jaroslav Rejka with another jaguar and finished third. “I have probably never experienced something like this in more than ten years of racing. Our Cat has five nuts on each round, we run short, sprint races, so I didn’t even believe that I would be able to go back and get a box for that, ”says Bečvář, who won the second race.

The International Austrian Championship continues in Rijeka, Croatia, from June 18 to 19.

Murder at the office in Zlín: The man who shot his ex-partner has died