Is it art when people sewn into sacks crawl across Vienna’s Stephansplatz and that question is asked on the sacks? Or when a man dressed in white walks with a poster saying “The television is now filming art”? The slips of paper thrown across the square also do not provide an answer, but only repeat the question: “Is that art?” No matter how you want to answer the question, the 1974 action demonstrated what art can be. In the style of Viennese Actionism, Richard Kriesche not only occupied public space, but also broadcast television. According to his terms. A feat that he (almost) repeated in “blackout”: In a television studio, Kriesche sat blindfolded in a circle and tried to get the cameraman to zoom in on him so close that the black blindfold would fill the frame: a blackout, that would silence the broadcasting station and transmit the artist’s individual situation to the viewer. The conditional reveals it: The cameraman didn’t follow the instructions.

“Video demonstration” for the ORF: “is that art” from 1974
© Miscellaneous, Kriesche

Such “demonstrations” demonstrate the artist’s love of experimentation, who fled from the two-dimensionality of the image to media action right at the beginning of his career. Richard Kriesche was interested in the medium, especially technical innovations. He began to explore the artistic possibilities of these media. Without belief in technology, but also with an open interest in the new. With “peeling off/freilegung” he created the first video installation in Austrian art history in 1972, in which the working process for the artwork itself is explained and recorded.

The exhibition in Salzburg is also reminiscent of the social dimensions of Kriesche’s media art: the video work “14 min in the life of …” from 1977, which focuses on the working world in the Puchwerk. From the projects in the Karlau prison and the Graz children’s clinic to “heimat, eine zeitsculpture”, in which Krieschen confronted the events of the World War in south-eastern Styria in the early 1980s using his artistic-historical-medial method: impressive memory work. 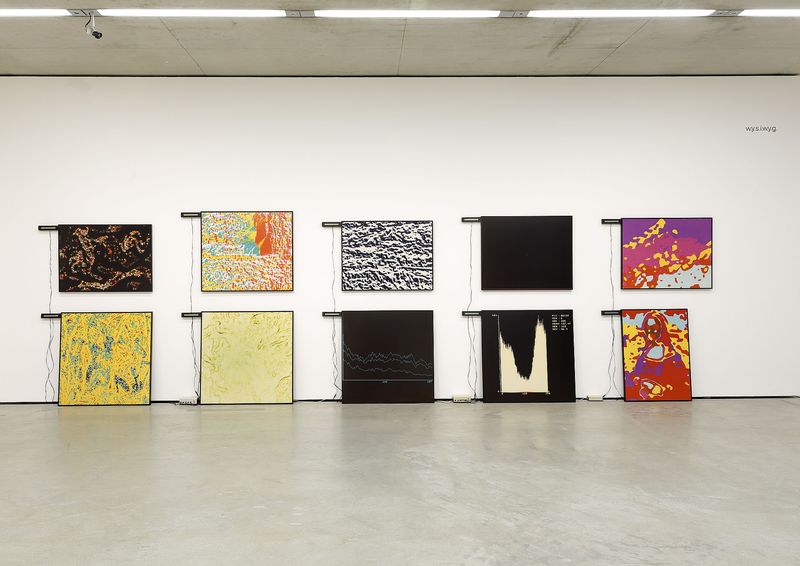 View of the exhibition on the Mönchsberg
© Miscellaneous, Museum der Moderne

The show on the Mönchsberg spans a wide arc to the present day and is therefore an addition to commendable predecessors (such as “medienblock” in the Neue Galerie Graz 2016). In Salzburg, Kriesche is also showing an opulent version of his installation “self-space”: In a white cube, every visitor is assigned a hexadecimal number during a Kafkaesque process – as a sign of the “datafication” of the human in the present.

Interest in traditional medicine is increasing

Federal President: 1.4 million inhabitants are not allowed to vote

Knowledge about water consumption can be expanded – salzburg.ORF.at