Has created science professionals for 20 years

Forskerfabrikken, one of Tekna’s partners in recruitment to science, celebrates its 20th anniversary on 20 April.

– We are proud to have Forskerfabrikken as one of ours

Secretary General of Tekna, Line Henriette Holten is very pleased with the collaboration with Forskerfabrikken.

main partners, and congratulations on the 20th anniversary, says Secretary General of Tekna, Line Henriette Holten. Tekna support financially and through collaboration on activities at various events throughout the year.

Hanne Finstad says that she had no idea what she was up to when she challenged the first children on the research course in 2002. She had left her research job at the University of Oslo, had worked as a science teacher and was in the process of publishing her first popular science book for stables. Inspired by trips to science centers in the US and England had their methods of creating interest and joy in child. The idea for Forskerfabrikken grew. She wanted to give children an opportunity to have research and science as a hobby in line with sports and music.

In the beginning, Forskerfabrikken was activated as an association with a non-profit purpose with members who supported the operation. The members were everything from departments at the University of Oslo to museums, the Science Center, science centers, publishers, hospitals and other associations.

– In addition, we paid for children who came to courses. The turnover was about 3 million, and the profit was so small that it was difficult to make long-term plans.

Kept on giving up

Hanne Finstad says that she was about to give up. It was only on the development when Forskerfabrikken was accepted as a social entrepreneur in the Johan Andresen-owned company Ferd in 2009.

– Elopak, owned by Ferd, became our «sponsor company», and technical director Ole-Petter Trovaag became chairman of the board when we reorganized Forskerfabrikken into an AS. We got help with brand building and we hired our first employee.

– In 2010, the turnover was over 5 million. In each city we had connected with committed “factory professors” who took responsibility for organizing the course offer locally. We recruited them through Tekna which had also become a partner at this time. The investment also applied to the summer schools.

Finstad says that in 2015 they will arrange more than 200 summer schools in all counties in Norway. By then, the staff had grown to as many as 12 people.

– In addition, we gave more than 200 students summer jobs and valuable work experience as course leaders. We also reached the goal of having a sustainable business model without subsidies from Ferd, says Hanne Finstad.

After 20 years, she is proud to have reached almost half a million children.

– All the way, the evaluations have shown that more than 95% of the course participants have had fun and learned something. We have also interviewed three times who went on a course 10 years ago. Of them, 17% say that Forskerfabrikken’s research course has contributed to them studying science, and more than 90% say they are still interested in science. So we dare to say that we reach our social goals – we create interest in the sciences.

Hanne Finstad is nevertheless critical of the efforts in science communication in Norway during the 20 years she has worked on it. She thinks it’s nice that we have not put me both from the public sector, from the business community and from other actors, including Tekna.

– It is so important for the future in the country, where we get more realists trained. She says that for four years she has been a member of a committee, Novo Nordisk in Denmark, where during these years they have shared almost 400 million Danish kroner for initiatives such as Forskerfabrikken, Science Centers and similar activities.

– In Denmark, there is a much stronger culture to provide support for this type of measure even in Norway. I think it is interesting that in recent years the application for science in Denmark has doubled. In Norway, it is always a bit on the spot resting. It is my wish when we enter the next 20 years that actors like us and others in this field receive more support.

Finstad thinks it is fantastic at Forskerfabrikken when there are so many Norwegian children, but says that she has long had a dream of inspiring children outside Norway.

– In 2019, we tested Sommerlab in Denmark and Sweden together with Elopak and Hydro. It was well received. Although the pandemic slowed down these plans, we are working on them now.

In the same year, Finstad also traveled to Nepal and South Africa together with the Kavli Foundation to train teachers in science.

– These teachers had little or no experience in exploring science teaching. In the beginning, the teachers were very interested in ideas on how they could make science alive and exploratory.

Hanne Finstad says that Forskerfabrikken has now established a collaboration with Engineers without borders (IUG) in Norway. They have extensive experience in sending realists on assignments to contribute to engineering projects of various types. Well, they have to test out a new type of mission together. After receiving training from Forskerfabrikken, the engineers will retrain teachers in science. Finstad says that two schools in Kenya have agreed to try the concept this autumn. 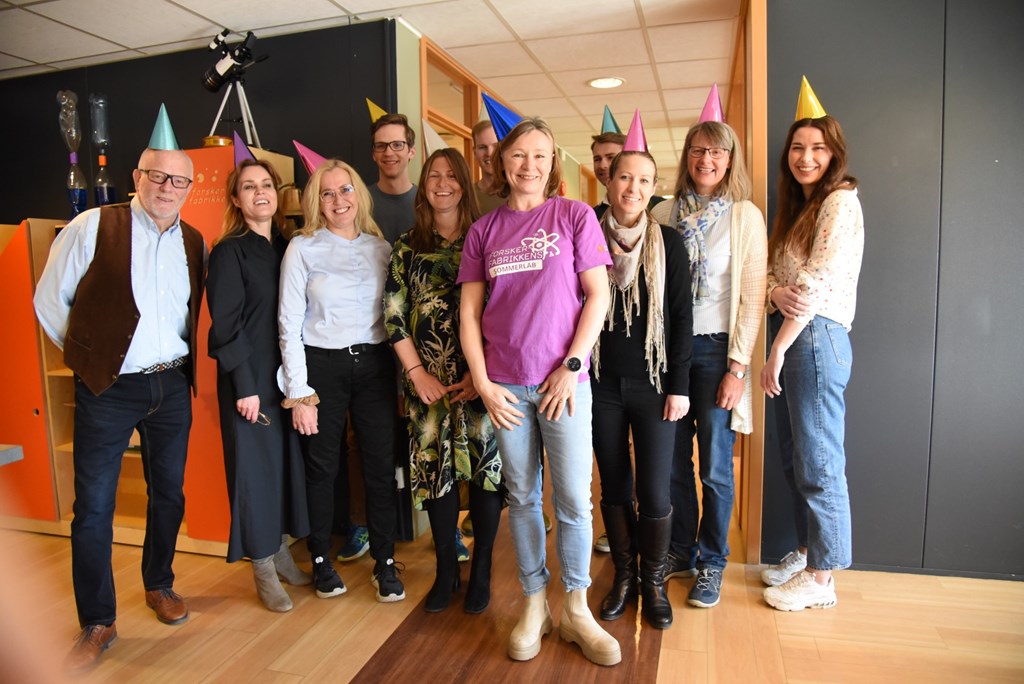 After a tight start, Forskerfabrikken, led by Hanne Finstad, now has 12 people.

Customers flock back to SAS – E24

– He should go down to his Muslim friends, it said in…