They fired one teacher, but more should be thrown away. Commentary by Štěpán Cháb

The primary school teacher in Prague dropped the couple in a Czech class and began to explain to the students that working with the source is necessary, and when working with the source one finds that the truth is often different from what the media proclaims in their daily work. And she based her interpretation on the example of the current conflict in Ukraine, where she showed Russia as a victim of Ukrainian Nazism. In the end, he was fired for his activities. Indoctrinating children? No, where are we, somewhere in Russia?

Did the teacher justify her resignation? But definitely yes, true, maybe some explanation and deduction from wages was enough, but time demands sacrifice. The school should be apolitical from the basement to the attic. This does not include defending or condemning an ongoing conflict, but a description of conflicts already properly documented and unencumbered by an ongoing battle with many parties. It is appropriate to cram in the minds that war is an ox, that people, ideals, dreams die during it. It is enough to start stuffing children in the heads of politics. Politics is changeable, it flies like a treadmill from the corner of the street, which gives to whoever gives more. And because both regimes of the warring states are questionable in the long run, it is unwise to step up the barricade and distribute reason as a teacher. Because then the teacher ceases to be a teacher, he becomes a politruk.

The teacher from Prague, although she defends her interpretation in a Czech lesson with the law enshrined in the Constitution of the Czech Republic, does not see in her mouth. The teacher is not a politician. It shouldn’t be. It should present information, not political positions. “Their (children’s) free opinions on anything in our state are guaranteed by the Constitution. They may diverge with others, but since then there has been a democratic debate, “the teacher wrote in her defense, among other things. But here you are confusing the democratic debate in public space and the indoctrination re-education she has applied to 15-year-old teenagers, who are not yet armed enough in life to take part in such a debate and to oppose the teacher accordingly. And that is why politics does not belong in schools. Children cannot defend themselves, they cannot discuss it and they take over the models of authority, ie teachers.

Likewise, the expulsion of political non-profits that parasitize school practice would be justified. In our article, “our” teacher Stanislav Korityák stated that in the first two weeks of the war in Ukraine he received three brochures on how to talk to students about the conflict in Ukraine. Mr. Korityák to that said: “Non-profits’ used the information vacuum ‘sharply’ and distributed instructions to schools on how teachers should talk to pupils about the situation in Ukraine. I don’t know if these efforts stem from their feeling that they know everything best, but I dare say that they have nothing more current than the others. I don’t think teachers are any stupider than activists. I received a total of three such ‘recommendations’. “ 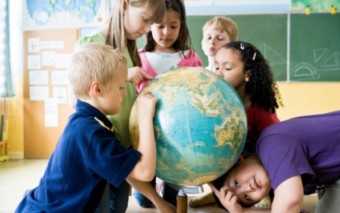 There, as with the teacher from Prague, it is worth saying – we were pleased, but here we are learning about a body immersed in liquids, not about what and how one should think about current events. I have to do this myself, because the school is not here to set the rhythm for the political development of society, it was done by Germany as a third empire, it was done by socialist regimes, it is done by contemporary Russia. But the fact that today’s Russia is doing this does not mean, or at least should not, that we will start doing it as well. 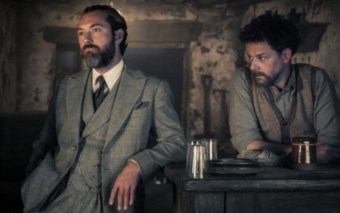 Is it okay because there are instructions in schools that Russia is an evil empire and that we should hate Russia? And what if a slightly more angry party wins the parliamentary elections and leans towards Russia? Would teachers in schools now be able to tell us that Russia is saving the world by some other form of humanitarian bombing? It’s absurd. Politics is fickle, and attitudes change. Schools include politics studied from a distance of history, not politics that lives and moves the world. When we teach children freedom and responsibility, they will find that they want to live in a world where they do not have to be afraid to speak or think. And they will recognize the unfree regime at first good.

MP for TOP 09 Ondřej Kolář is on the case company with the fact that lies and disinformation do not belong to schools, that perhaps we all agree on that. Well, obviously not, because if he is willing to let the school go, which puts the right policy in the children’s heads, he simply supports the principle of youth political training. And this is not right and does not belong to a free society that also wants to be led to freedom.

The worst is the feeling that began to come to me when writing this text. Am I not defending the Russian invasion of Ukraine? Won’t it be understood as a similar black and white view of the world? Aren’t we heading into a hell of a pit when that’s exactly the feeling that prevails? We should start from the historical experience that the creation of committed youth leads to the pit of hell. Lessons learned from the past not to repeat mistakes. A small note on the ethics of our company. Is it really okay that the teacher in question was released on a public plague with a photo and full name and the place where she taught? How does this relate to the protection of a person who is holy in the EU? Is it okay for you to post her full name and photo now? Isn’t that a media lynch? I have a terrible feeling about that. That something like that is actually okay.