All about Gotland, the island in Sweden

“Swedes love to lose themselves.” commented my friend Isabella. She added with a sigh “I wish I could go with you”.

Isabella had her reasons for being upset. I was just about to start from Stockholm to Gotland, Sweden’s largest island. The place where every Swede wants to be alone. Surrounded by the Baltic Sea, Gotland is one of Europe’s hidden treasures. Despite peaceful landscapes, untouched beauty and enriched history, Gotland experiences fewer tourists. The unusually high cost of housing for the place may be one reason behind it. In August 2018, I was lucky enough to find a budget AirBnB on Gotland and planned directly for a trip.

One Saturday morning I boarded a Gotland cruise from Stockholm harbor in Ninasham. The cruise only had seating arrangements. During the cruise, many individuals got busy sunbathing on deck, which is a favorite pastime for tourists during the summer. People with their own car can have them parked on the lower floor of the cruise.

There are many restaurants serving different dishes during the cruise. I enjoyed a cup of coffee and a variety of snacks while enjoying a wonderful trip. It took three and a half hours to reach Visby, Gotland’s capital.

This is also spelled as Gottland or Gothland, this is Sweden’s largest island. The landscape also has the same name which includes the islands Fårö and Gotska Sandön on its northern side, along the Karlsöarna (Lilla and Stora) to its western end. The island is small enough to travel across in one day but you need weeks to explore it in detail.

When I left the cruise, I went to my desired accommodation, located inside the old town. After checking in, I freshened up and started exploring the old town. Like most of Europe’s ancient cities, Visby was built by the Hanseatic League, a medieval trading and defensive association of merchant guilds and trading towns in central and northern Europe that reached its peak in the late 13th century.

The city’s fortifications were completed during the 12th century. The 3.5 kilometer long medieval ring wall with many of its original towers is still intact. The wall was built to protect the city from other enemies. By virtue of its location, Visby was an important trading port in the Baltic Sea. Thus, Visby was attacked, plundered and invaded several times.

Visby is today a well-preserved old town. More than 200 buildings and homes are beautifully situated on the city streets and date back to a period between the 12th and 14th centuries. The buildings are adaptively refused as hotels, restaurants, souvenir shops, cafes, bars and even as nightclubs. The exterior of the houses remains unchanged and the interior is carefully and aesthetically modified. When I entered the AirBnB I booked, the interiors made me think that I have traveled in time during the Middle Ages. Visby’s old town is listed as a World Heritage Site by UNESCO.

When I walked on the cobbled paths in Visby, I could experience the city’s past during the Middle Ages. The baroque and gothic architecture with vibrant colors was a delight to the eyes. I went to the ruin of St. Nicholas Church. The church was shown in Ingmar Bergman’s film Shame. I walked towards Visby Cathedral and witnessed a colorful sunset in the background of the pulsating cathedral.

I took a break at a café for ‘coffee’ – the most popular word in Swedish culture. Coffee means coffee. But coffee also means a coffee table meeting, small talk over dessert. Like the rest of Sweden, coffee and kennel bun (cinnamon bun) are popular desserts in Visby.

The next morning I started early towards Fårö – Ingmar Bergman’s tent. Since it was not a tourist season, there was less public transport. So I booked a car. Driver Joakim drove me towards the ferry terminal. The terminal reminded me of the scene from the movie Shame where the main character Ian and Eva had taken their cars to the mayor’s house in the film. Not only that, but in other pictures, this ferry system was repeatedly shown as the only way to communicate with the rest of the world. Since there is no school, post office and bank, all Fårö residents need to use the ferry traffic to reach Gotland. This ferry service is the ‘umbilical cord’ between Fårö and Gotland.

The car crossed the bridge and I reached Fårö. I wanted to go to the Bergmann Center first. However, Joakim suggested that I start with Langamara’s beach. This pristine beach is known for its natural beauty. Langamaras Beach is world famous for its salt marshes. During the last ice age, accumulations of sandstone have created various natural sculptures here. “Nature is the greatest architect and sculptor”, I remembered the old idiom. These salt piles were shown in Bergman’s film Through a glass dark. 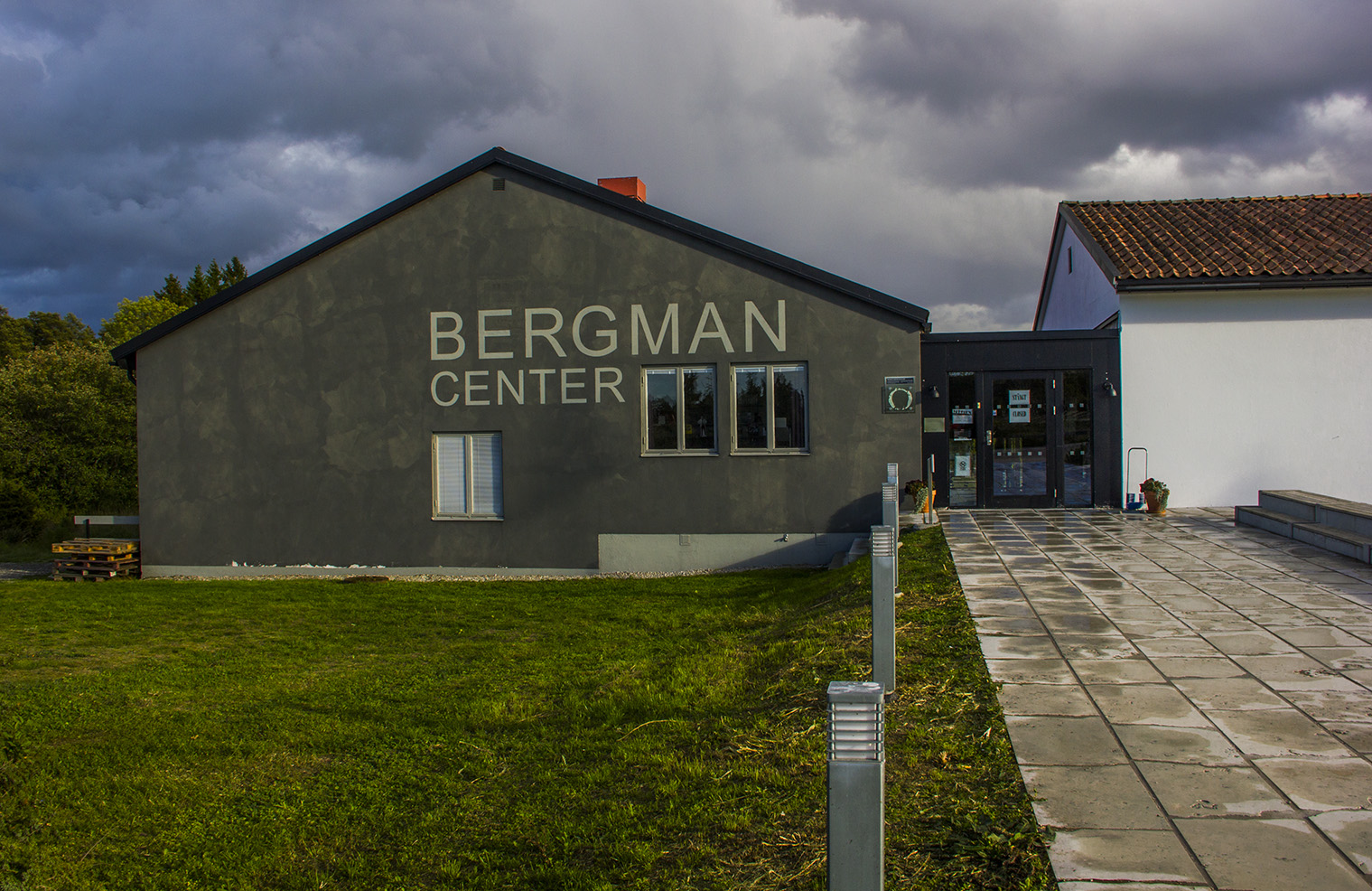 Then I visited the long-awaited Bergman’s center – the house where the great director lived for the last 47 years of his life. Bergman’s arrival on this island was a coincidence. The big man was watching outdoor scenes for the movie Through a glass dark. First, Bergman chose another region, but then he decided to shoot at Faro. The rest is history. Once in an interview, Bergman acknowledged his ‘love at first sight’ with this island, and yet it occupied a ‘relationship’ space in his consciousness that was as intense as with a person. In addition to ‘Through a Glass of Darkness’, he made four other feature films in Fårö – Shame, Anas passion, Person, Hour of Wolfa TV series, scenes from a Marriage and a documentary Fårö – 1979. After visiting Fårö, I realized why the island played as a “character” in his films.

Joakim said, the people of the small island loved and adored him so much that they helped him even free of charge. Until his time, almost everyone in Fårö was involved in his films. After his dismissal in 2007, his home was converted into a museum.

The scenography of the film Person stored as it is inside the museum. Usually, one of his movies is usually played in the projector. In July, the island celebrates Bergman Week – a film festival named after him. The chessboard used in the film The Seventh Seal was preserved there. Surprisingly, the pieces that look like humans; and the position of the board was the same as in the last scene of the film. The atmosphere creates an underlying tension in the human mind. It seems that death is asking to play chess against him, this was the concept of the film.

I came out and Joakim drove me to Gotland. On the way back, he showed different parts of Fårö that were in Bergman’s films. When I came home from Gotland, I met a man on a cruise. He suggested that I should have at least seven days on hand when I planned for Gotland. He was absolutely right.

‹ Héloïse Martin reveals “her pretty little secret”, her fans are in shock › Finnish President to Norway with a possible Finnish NATO application as a backdrop