what Lithuania has on its own, but the most difficult is still ahead: the establishment of permanent US bases really means

The U.S. supports the establishment of military bases in NATO’s eastern flank, but prefers short-term rotations of credible U.S. military units over long-term bases. Such a message echoed on Tuesday from a key Pentagon military official.

The commander of the US Joint Forces, General Mark Milley, confirmed during the hearings in Congress that the final decision has not yet been made, but a green light has been given to key military advisers, as the US Commander Europe (who is also the Supreme Allied Commander Europe – SACEUR), General Todd Wolters.

The latter called for the strengthening of land and air capabilities in NATO’s Eastern Wing States, and in particular for the establishment of permanent bases in the Baltic States, which “Lithuania, Latvia and Estonia would very much like to have”.

It was possible to cling to the maximum, which is why only short-term rotations and what this means. But the idea of ​​such support for US bases in the Baltics alone does not seem to be a well-understood or appreciated breakthrough in a relatively short time.

Also, at least for now, it seems not yet clear what this means, what may need to be changed, and how much it will cost. Even if the phrase ‘the price of security cannot be judged’ is correct, someone will have to take responsibility for very specific decisions – the hard part is just beginning.

Ice is broken – forces are being strengthened

At first glance, it may just be the hardest part of the past: the need for a permanent U.S. military presence — essentially a documentary military presence — but not necessarily its own — was not easy. But Lithuania has tried to do so for a long time and consistently.

The head of the Pentagon, Lloyd Austin, who visited Ukraine just before the war, and when he received a question from Delfi about the establishment of permanent bases in Lithuania, assured him that he could do nothing – the issue of permanent forces was being discussed.

The Commander of the United States Joint Forces, General Mark Milley, while visiting Lithuania from the left and the right in early March, could also hear the question or request: when will the US bases be permanently in Lithuania? Have you already decided, and if not, when? 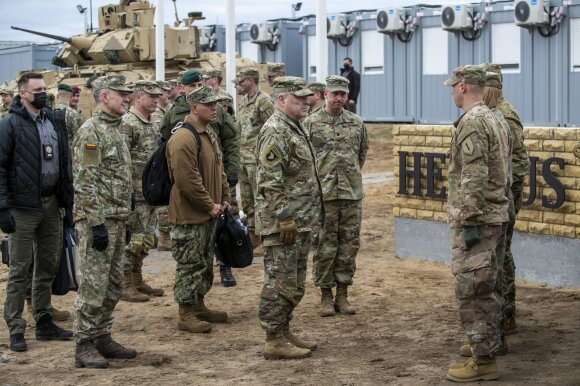 He also did not promise anything about his permanent presence, but he promised to strengthen the US forces already deployed in Lithuania, which visited here.

The United States has deployed special forces, an additional 5th-generation F-35 fighter jets have been deployed, and the most visible unit of the U.S. Army has been rotating since 2019 – Camp Herkus is currently deployed with additional artillery, anti-aircraft defense capabilities for about a thousand troops.

Russia’s open aggression against Ukraine seems to have accelerated things and broke the ice in the Alliance. NATO Secretary General Jens Stoltenberg also mentioned the expected changes in NATO’s Eastern Wing in early March, noting that discussions had begun on strengthening the Alliance’s long-term deterrent measures in the Baltic States and Poland. “We are now seriously considering expanding those forces, strengthening them with troops, anti-aircraft defense and deterrence – defense, not just sending a message about NATO’s presence,” Stoltenberg said.

This means that there is a shift from the principle of front forces, which was introduced in 2016, to the strengthening of the defense forces and the establishment of a permanent status. NATO in Lithuania has strengthened the battalion of the front forces in Rukla – instead of the previous 1.2 thousand. Several thousand are deployed in Lithuania. many soldiers with anti-aircraft defense, self-propelled artillery capabilities.

“They will build them and pay for them”

However, it is no secret in Lithuania that the existence and strengthening of the world’s military capabilities and the establishment of a permanent status are the greatest and most welcome aspirations. Where there are language permanent military bases, no country is expected to dive against the world’s most powerful U.S. forces.

“I think the actual presence is always a good deterrent, commensurate with the current threat, really as a general rule,” Milley told Congress. However, he also noted two key moments that allow for a better understanding of what such a deployment really means. 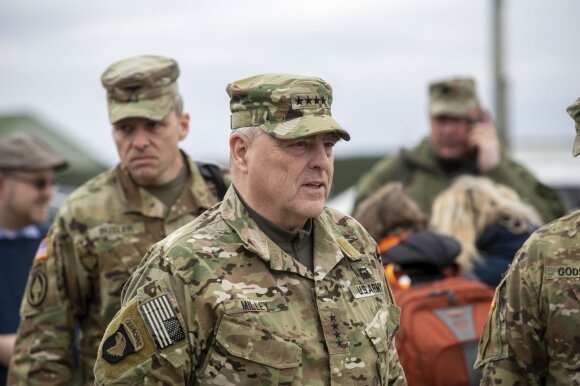 “My advice would be to create permanent bases, but not to deploy troops on a regular basis. Rotating forces on permanent bases would have a stability effect, ”said Milley. He said it would save on the costs needed by traditional U.S. overseas bases, where troops are deployed for two or three years.

Mr Milley also emphasized that the US allies in Europe, especially the three Baltic states, as well as Poland and Romania, were “very keen to set up permanent bases”. “They will build them and pay for them,” he said.

Indeed, the infrastructure of any U.S. military base is the result of the greatest investment, experience, and strength, and long-term projects. When former U.S. President Donald Trump and his administration announced plans to reduce U.S. forces in Europe, it was no coincidence that there was a stir.

Despite myths about the need for fast food restaurants and huge stocks of Coca-Cola, U.S. soldiers can also live outdoors – in trenches or containers, in temporary cabins, which is proven both in remote areas and in Lithuania, Camp Herkus. 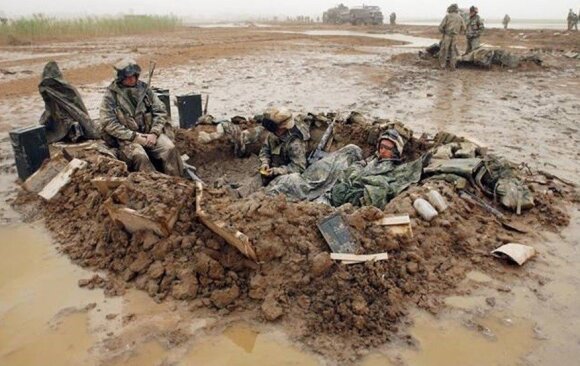 However, the infrastructure required for long-term deployment is turning U.S. bases into truly small and unique American towns. The investment required is between a few hundred million and a few billion. the whole.

South Korea, for example, covered as much as 92 percent. funds from 11 billion. The largest of the USD project is the largest of the US military base. 37 thousand per year. South Korea, which owns American troops, pays $ 1 billion for maintaining U.S. bases in the country. amount, Japan, which is about 72 thousand. people – secondary. There are more than 200 military facilities in the world in both countries. 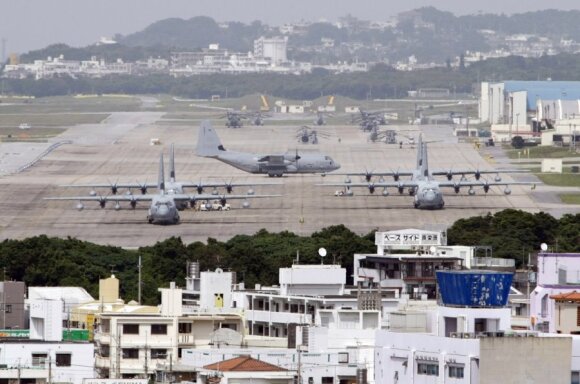 At the time, Germany, which has more than 100 of the world’s military facilities, has spent nearly a quarter of a billion euros on maintaining U.S. bases since 2012. Small towns in Bavaria or Rhineland-Palatinate have become accustomed to the presence of US troops since the end of World War II – the number of world soldiers in Germany alone exceeded 3,000 years during the Cold War.

Benefits of bases and motivation of soldiers

Understandably, the presence of child soldiers is not just about the costs incurred by the host. The United States itself pays a large share. In 2016, for example, the U.S. spent about $ 25 billion. an amount of 200 to maintain its overseas bases is not even half the share of all foreign countries in such U.S. military facilities.

In addition, the presence of child soldiers also represents the potentially greatest economic benefit to the region in which the U.S. military base is established. In addition to the dozens of U.S. troops deployed in Germany, there are about 17 more civilians working here in bases or living and moving to the German economy in one way or another: they pay taxes, they allow, to boost the local and nationwide economy. 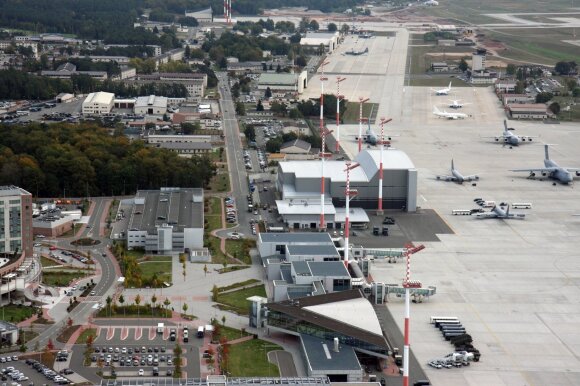 As far back as 2001, it was estimated that the Ramstein and Spangdahlemb bases contributed about $ 1.4 billion to the local economy. euros, creating 27 thousand. job places. It is currently estimated that about 12,000 people work directly for U.S. forces. The presence of German civilians, and indirectly the presence of child soldiers, is second only to the local population and their businesses, from the service sector such as hotels, rentals, other accommodation contracts, the supply of products to training and land leases. In addition, the world’s military, which has been serving in one place for three years, is bringing families in, requiring schools, health care and trade places.

Finally, the “base” terminal itself can be deceptive: the base does not depend on the base – some complexes, such as Germany in South Korea and Japan, are huge, just separate US cities in the states, other bases, such as Deveselu in Romania or Laska, Poland share with local forces. : Significant US investment in the infrastructure of these bases typically accounts for 60 to 80 percent of the lion’s share, but smaller facilities also incur significant amounts from the host country. 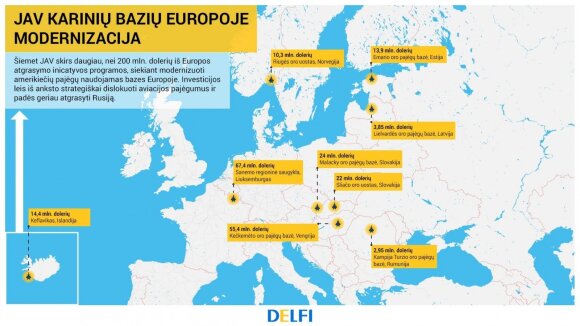 And the nuances of legal regulation: who is responsible for providing the base, rules, procedures – all this may differ from country to country. For example, the Lithuanian constitution cannot have foreign military bases. And the Constitution does not write about any exceptions for games.

In addition, the base players themselves are not very interested – the US Army is a warring force. And when they are not at war, they must constantly train, raise the qualification of soldiers, officers, repair equipment, maintain it in high combat readiness. And that means the need to have the right infrastructure in place for training and repairs, which will require expanding landfills and whether the current plans will suffice for the continued presence of U.S. troops in the country.

The fact that Lithuania already has one military facility from the Baltic States – Camp Herkus – is eloquent: it is a kind of serious application for the conversion of this base into a full-fledged US military facility in the country. But it would also mean not only the above-mentioned investments in the development of the necessary infrastructure, legal regulations on the Constitution, but also the improvement of the daily life of soldiers. 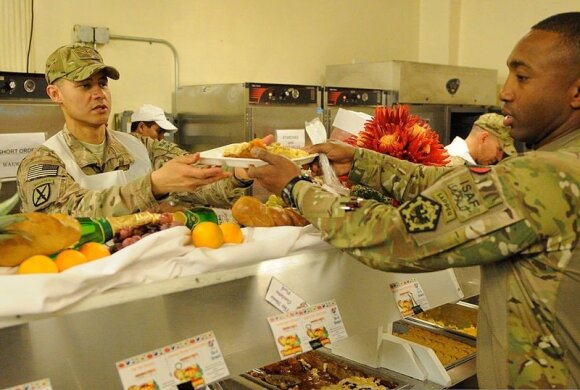 U.S. military base in Afghanistan

Camp Herkus is located on the outskirts of the Pabradė landfill, where there were once forests and sand dunes – nothing but the infrastructure of the central landfill.

This means that there is nothing to do – the minimum conditions for sports, rest or shopping at a local US military store (popularly known worldwide as PX) are suitable for a short rotation of several hundred soldiers, but for a longer rotation of a larger group Lithuania will need to do more.

Even the little things like fast food eateries (currently mobile food carts have this message), especially American food, the presence of a well-known brand eatery, a shopping and entertainment center, or a convenient transportation – it all depends on that. the well-being of the allies. and motivation. It is eloquent that just before gen. Mr Milley’s visit to Camp Herkus was followed by a shuttle car from which non-US soldiers jumped out of the mall full of bags.

It is strictly forbidden for DELFI to publish the information for use on other websites, in the media or elsewhere, or to distribute our material in any form without consent, and if consent has been obtained, it is necessary to cite DELFI as the source.

YIT Lietuva entrusts repair of another road in Western Lithuania – will improve communication between Kretingalė, Plikiai and Smilgynai

‹ Exhibitions, improv, concert… What to do in Rouen and Le Havre on Saturday and Sunday? › The sale of Budapest Comic Con tickets has started