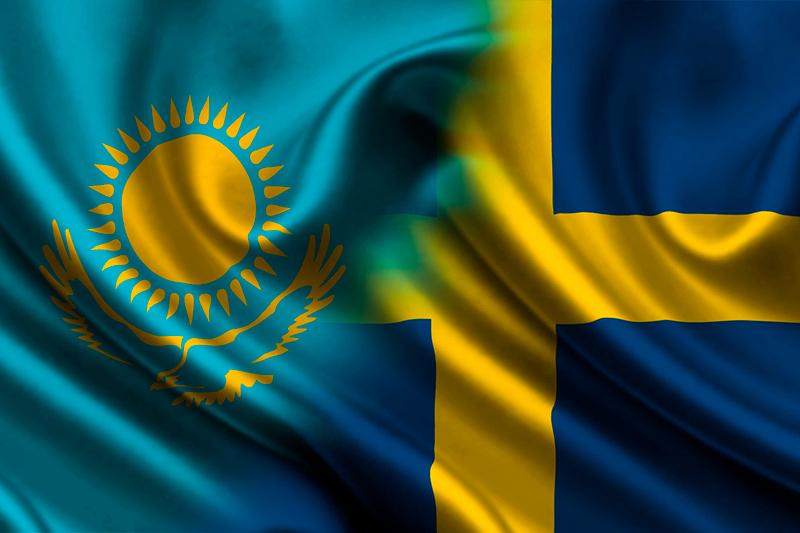 NUR-SULTAN. KAZINFORM – Despite the fact that Nur-Sultan and Stockholm are separated by more than four thousand kilometers, relations between two countries have been built on friendship and mutually beneficial cooperation. On this day, 30 years ago, on April 7, 1992, the Republic of Kazakhstan and the Kingdom of Sweden officially established diplomatic relations, Kazinform has been informed by the press service in Ministry of Foreign Affairs of the Republic of Kazakhstan.

On the occasion of the anniversary, the foreign ministers of the two countries, Mukhtar Tileuberdi and Ann Linde, exchanged congratulations. In his letter, Kazakhstan’s Foreign Minister emphasized the existing high potential for cooperation in environmental protection, agriculture, transport and logistics. In turn, the Swedish Minister expressed his “deep appreciation for the friendship and cooperation between the two countries”, including within the OSCE’s Swedish Presidency in 2021.

Sweden is an important political partner for Kazakhstan in the European Union. Since Kazakhstan’s first official visit to Sweden in October 2004, the two countries have organized dozens of reciprocal visits and joint events at different levels.

In this context, special attention is paid to the development of interparliamentary cooperation. In May last year, the first online meeting was held between members of Majilis and the Senate in Kazakhstan’s parliament and representatives of the Friendship Alliance with the Central Asia Parliament in the Swedish Parliament.

The two countries share similar views on a wide range of international agenda issues and work closely together within the UN, the OSCE and other international structures. For example, during the Swedish Presidency of the Organization for Security and Co-operation in Europe 2021, the Foreign Ministers of Kazakhstan and Sweden held a series of talks in Nur-Sultan, Madrid and Stockholm to promote democratic change, respect for human rights and nuclear security. within the framework of the Stockholm initiative.

Swedish business and industry has a special interest in expanding investment and trade and economic cooperation with Kazakhstan. Even despite the negative effects of Covid-19, the volume of mutual trade shows good dynamics. At the end of 2021, trade between Kazakhstan and Sweden amounted to USD 231.3 million (export – 59 million, imports – 172.3 million), which is 18% higher than 2020 (191.3 million US dollars). The inflow of direct investment from Sweden to Kazakhstan is growing at a progressive pace. According to official statistics, between 2005 and 2021, Sweden invested almost 450 million US dollars in Kazakhstan’s economy.

More than 50 Swedish companies, including world-famous brands such as «Ericsson», «Volvo», «Scania», «Atlas Copco», «Electrolux», «Oriflame» and «H&M» are active in Kazakhstan’s market today. A large investment project with German-Swedish «Svevind» on the production of green hydrogen in the Mangista region is being implemented.

The parties also continue to develop cooperation in the cultural and humanitarian dimension. Sweden’s education system is known worldwide for its high quality and universities in Kazakhstan are keen to expand cooperation, especially in technical areas. Over the years, more than 130 students from Kazakhstan have studied in Sweden as part of Bolashak’s international scholarship.

As the results of three decades have shown, Kazakhstan and Sweden have successfully collaborated in a number of areas and are ready to further strengthen dialogue across the full spectrum of interactions.

Market size and forecast for pneumatic equipment for vehicles

Luka Doncic shares pun on Instagram after nailing a Skyhook against Sweden in the World Cup qualifier: “Do you want some Kareem with it?”

‹ These are the five best Easter wines › Someone took the rescue equipment from the fire brigade for hundreds of thousands of crowns. In Prague and surroundings