VADUZ – Technical experts are currently clarifying fundamental questions about a possible widening of the Rhine from the point of view of space use and spatial planning in the Sevelen-Vaduz area. This process runs in close coordination with the affected communities and landowners. The findings want to represent the immediate in a feasibility study.

In the “communities support group”, the representatives of the communities of Sevelen and Vaduz, the Vaduz citizens’ cooperative and the local community of Sevelen want to coordinate with the project management on the basic procedure and the framework conditions, the government announced in a press release. In the first session, the participants familiarized themselves with the basics of the project and discussed the various user interests. Topics were both the upgrading through renaturation and the preservation of agricultural land for food production and the importance of the area for the drinking water supply. Against this background, the feasibility study is a suitable basis for an in-depth examination of the project.

According to the broadcast, the participants are also concerned with the demands of the environmental associations that go beyond the expansion project provided for in the development concept – in particular with regard to the expansion of the expansion perimeter. This would raise additional questions, which is why the advisory group advises waiting for the results of the feasibility study.

The course of the project will probably also provide for close coordination between those responsible for the project and the support group, which, representing the communities and landowners, should have a say in determining and supporting the procedure.

A look at the group of project managers in the communities advisory group. (Photo: ZVG/IKR) 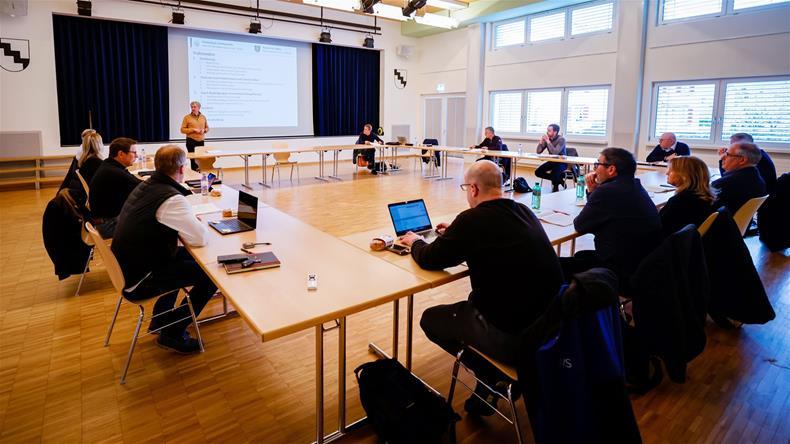 A look at the group of project managers in the communities advisory group. (Photo: ZVG/IKR)