Machete attack on a teacher in Prague: Teacher Jan. K. did not survive, the attacker detained the police

Criminal proceedings have been instituted in the case, said Aleš Cimbala, a spokesman for the Municipal Public Prosecutor’s Office, which reserved the right to provide information on Friday morning. “Given the short time since the start of the criminal proceedings, they do not have information that could be published,” he told Blesk. According to him, the information will probably be possible to determine only during the weekend. He did not say whether the police accused anyone in the case.

The nineteen-year-old striker came to school on Thursday with only one goal, which was an insufficient mark. The mathematician Jan K evaluated him the day before the attack. The student was attacked by a machete on the fourth floor of the school in his office. Shortly after the wounded teacher’s attack, he saw Jiří Freund, his colleague. “I left class, the elevator is exactly opposite his office. His wife, who has a cabinet next door, was bent over. There was a big cake of something around him, only then did I learn that it was blood, “said a teacher for CNN Prima News. “I thought lunch was gone. Then I looked again and saw him, his face was covered in blood and he lay motionlessFreund described.

Freund, a colleague of his colleague Jan K., who has been chairman of the executive committee of the Czech Yoga Association since the 1990s, described CNN Prima News as a nice person who taught mathematics just like him. The last time he saw him was on Wednesday. “He just told me there was the strictest teacher. And I said I’m not a ‘folkman’ either, I also bet five. Otherwise, I would not force the students to learn. “We have no choice but to look at the subject matter and fail.” Jan K. was also remembered by the school principal. “He brought the boys’ clouds to the final exams and graduation, he was an excellent pedagogue,” he said. “He was a great guy,” described janitor Milan Hanzálek.

He ran out the window

According to police officers, the student who attacked escaped through a window in the locker room, according to the janitor for Události on ČT1. He left the machete, which was supposed to kill teacher Jan K., at the crime scene. Police managed to catch up about an hour after the attack, in Dolní Břežany. Police spokesman Jan Rybanský stated that he was not drunk even under the influence of drugs. After the perpetrator was interrogated by the police, they transferred him in a balaclava to the entire pre-trial detention. 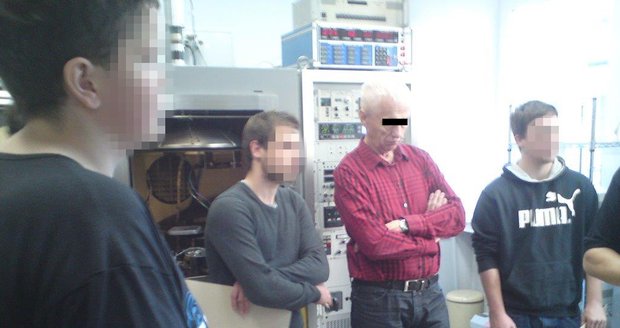 Teacher Jan K., who was attacked by a student with a machete, was a popular cantor.

Zajíček: We are not going to form a coalition with ANO in Prague, STAN is in play

Background of the changes in the parking lot in Prague 11. This is a historical sale. And about construction