Radio Spin is expanding from Prague to eight other regions

The hip-hop station Rádio Spin is expanding its coverage. So far, only listeners in Prague on the frequency of 96.2 MHz could tune it. To the fifteenth anniversary of the broadcast, its owner decided to add frequencies in Liberec, Hradec Králové, Havlíčkův Brod, Jihlava, Tábor, České Budějovice, Pilsen and Karlovy Vary. In these regions, on the other hand, the Signal radio switches off.

With this move, Radio United Broadcasting wants to rejuvenate its existing portfolio and expand its broadcasting to a younger target group. In addition to Signal and Spin, it also operates Radio Kiss, Radio Beat, Country Radio and Radio 1.

“In addition to music, Rádio Spin will continue to focus on providing traffic information for drivers, key cultural and social services and in the news focus mainly on rap and sporting events not only in the country,” said station director Roman Blinka.

“We are targeting a new spectrum of listeners with a concept that brings a fresh, distinctive and distinctive speech and which has been lacking on the Czech market so far. Our research shows that this step will potentially reach 200,000 new listeners, to whom we will bring quality content with a focus on hip hop and rap through other frequencies, “explained Jan Čadek from Media Club, which sells advertising for Spin. 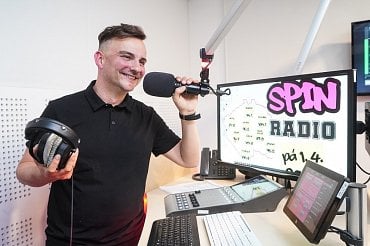 Radio Spin profiles itself as a city music station for a younger target group (12-29 years old) with an interest in hip hop, rap and r’n’b. It offers students mainly oldschool, newschool and most CZ-SK scenes on the Czech airwaves.

‹ Rome, story between student and the teacher, chats: “I have a girlfriend, we have to close” › Calculate energy costs now and register for a consultation!