RUGBY. TOP 14. Will 2023 be even more complicated for Toulouse during the duplicates?

It was a season that started perfectly for Stade Toulousain. After 6 wins in their first 6 games, Ugo Mola’s team quietly settled into 1st place in our championship. Yes, but now, in December, Stade Toulousain sees most of its matches postponed. The absence of Antoine Dupont, injured, is felt and Stade Toulousain chained three defeats in a row. Barely back on his feet to play a single match, he is already off to join the XV of France in Marcoussis in order to prepare and play the tournament. The period of doubloons begins. A period that gradually pushes the Toulouse back in the standings. With a record of 4 defeats and a victory over this period, at the end of the 20th day, the men in red and black were for the first time this season ejected from the top 6.

This year, as in recent years, Stade Toulousain is the biggest provider of the French team. With no less than 10 players called up in Fabien Galthié’s first list, Toulouse is by far the most represented team in the TOP 14. If it is a source of pride for the Haut-Garonne club, it is nonetheless a handicap in the race for qualification in the championship. For more than 6 weeks, Ugo Mola had to compose in the absence of his internationals and the least we can say is that it had its accounting effect.

RUGBY. Top 14. Can we envisage final stages without Stade Toulousain?

But the lack of its French internationals during the doubling period does not seem to bother the Toulouse leaders. After the wave of extensions of its various French executives, the champion club of France has already secured the services of several internationals for next season. If it is not yet official, Melvyn Jaminet, the starting back of the France team, should indeed join the Haut-Garonne team in the off-season. In the same position, Ange Capuzzo, back of Grenoble, also joins Ugo Mola’s team this summer. The young Italian made his thunderous debut for the Squadra Azzura last weekend by scoring a brace. In addition to these two internationals, Stade Toulousain has also relied on the services of Pierre-Louis Barassi and Arthur Retière. Both already called in the various lists of Fabien Galthié. 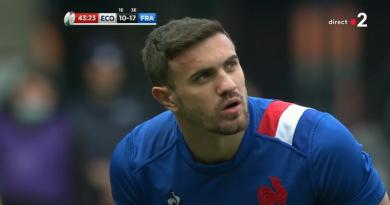 RUGBY. TRANSFER. Top 14. Sent to Toulouse, the Melvyn Jaminet file is not yet clarified

If the arrivals concern more or less active internationals, the departures concern only players who are not called up for selection. At the end of the season, the club will part ways with Zack Holmes, Antoine Miquel, Paulo Tafili and Rory Arnold. Iosefa Tekori will retire at the end of the championship. On the other hand, the recent rumors on the departure of Thomas Ramos who would be replaced by Maxime Lafage would arrange the affairs of Stade Toulousain in times of duplication. In this period of difficulty on duplicate, it could be that the Toulouse club knows even more difficulties to compose a team during the tournament of the next 6 Nations. In addition to the 10 internationals already taken this season, 2 or more could be added to the list during the following edition. To see if the next recruitments of the champions of France will allow them to be just as competitive during the doubling period. 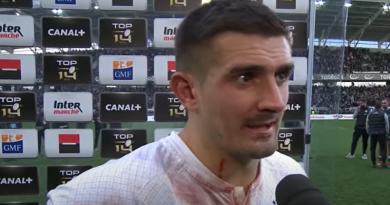 Top 14. Toulouse. Faced with competition from Jaminet, would Thomas Ramos hesitate to extend?

Toulouse’s most photographed monument soon to be accessible to the public: here’s what we’ll see there