PHOTO: From the train to the subway. Prague will build footbridges in the Paradise Garden

New footbridges for pedestrians and cyclists will bridge Chlumecká Street in Prague. It will enable a quick connection between the newly built Rajská zahrada stop on the railway line from Prague to Lysá nad Labem and Neratovice with the Rajská zahrada B metro station. 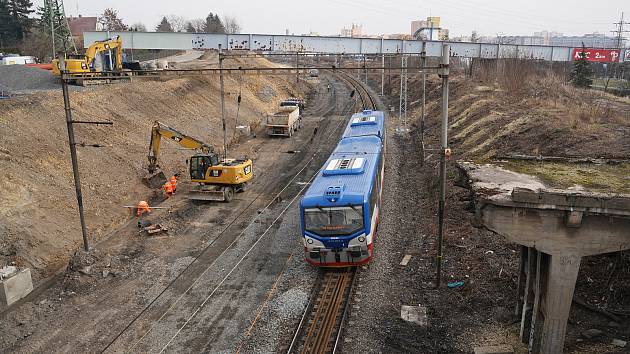 While the stop is being built by the Railway Administration as part of the modernization of the Vysočany – Mstětice section, the bridge will be an event of Prague. The councilor approved the launch of the public contract this week. The estimated price is 85.6 million crowns without VAT.

“Thanks to the new footbridge, people can easily get to the metro station from the railway station, but the footbridge will also connect Chlumecká and Borská streets. Today, this area is divided by railway lines and a turn-off towards the Prague Ring Road. We are also considering that the color of the footbridge could be decided by Praguers in the survey, “said Adam Scheinherr, Deputy Minister for Transport. Completion is expected in the first half of next year.

The transformation of the Vršovice locality around Ďolíček is one step closer. It has specific outlines

From a construction point of view, these are two lattice steel footbridges and two towers for connecting the height levels at the ends of the footbridges, which will also contain lift shafts and stairs. The length of the footbridge over Chlumecká is almost 50 meters, the railway body spans two more fields with a span of 20.3 and 16.7 meters. The footbridges will be 3.8 meters wide.

The construction will significantly shorten the pedestrian connection around the Paradise Garden. The expected use of the footbridge for the inhabitants of the adjacent areas without taking into account the use for the operation of the railway station is on average 500 people per hour.

I can’t turn off the heater, maybe the entrance door, to the editor of the Prague Zoo