Prague 15 sends a gift directly to Ukraine 3.5 million crowns. The councils of Horní Měcholupy and Hostivař decided on Wednesday. The eleventh city district has set aside 600,000 crowns from the budget, which it will send to Ukraine through the Czech Red Cross (CRC).

The town halls are organizing charity events, and they will also use the proceeds to help the Ukrainians. Prague 9 organized together with Prague 8 and a charity SRDCOVKA concert, which according to Šalek brought about 75,000 crowns. The benefit concert will also take place on Saturday in Prague 14, announced Deputy Mayor Zuzana Jelenová (STAN).

According to Mayor Jan Čižinský (Prague Sobě), Prague 7 sent material aid directly to the affected state. “The impetus for this was specific requests from the management of the Ukrainian city of Khust, which sent Prague 7 a list of the most needed material assistance,” said the mayor. Now the seventh city district is organizing a collection, from the proceeds of which it will buy power plants for Ukrainian hospitals.

A truck with blankets, sleeping bags, toys, durable food and other assistance that they brought to the collection warehouse in Opatovská Street citizens of the South City, Prague 11 also went to Lviv on Monday. The material collection of aid is also organized by Prague 14. According to Jelenová, the necessary things can be carried to collection points in the community center Hloubětínská 55 and Plechárna until further notice.

To equip accommodation for refugees arising in the metropolis on the initiative of town halls with the necessary things. For example opened a warehouse in Prague 9 in the former post office building. Selected mattresses, pans, mugs, appliances and other equipment for possible accommodation of Ukrainians in their premises in Poděbradská street. According to Prague 9 councilor Jiří Janák, more than 20 rooms could be built there.

Where can I go?

Prague 15 has set up an e-mail [email protected] for offers of specific help from people. Through it, people can even ask for help. “We are looking for individual and targeted assistance to citizens staying in the city district,” said Pavlína Nejedíková from the Mayor’s Office of Prague 15. Similarly, people can contact the City Hall of Prague 10 via e-mail [email protected] 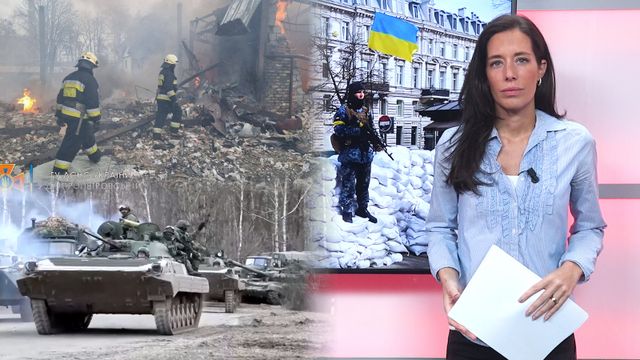 Ukrainian teachers could take care of the children of refugees from Ukraine in Czech schools, who would not have to meet the condition of knowledge of the Czech language. This exception would only apply for this school year. This was proposed today by members of the government coalition and the opposition movement YES. They want to supplement the government’s draft law on special rules in education due to the Russian invasion of Ukraine, which the House is to approve in the afternoon.

The Central Bohemian Region is asking municipalities to help provide additional accommodation for refugees. Since Thursday, more than 2,000 Ukrainian refugees have been granted visas in the Central Bohemian Region. The region already has a visa to accommodate 17,283 people, who are fleeing the war in Ukraine. There are 282 places left on the regional list of crisis accommodation. The critical situation regarding the lack of accommodation for refugees was discussed today by the region’s crisis staff. Zuzana Žídková told ČTK on behalf of the governor’s office.

The EU should do more for Ukraine, said President Zelensky. According to him, Ukraine has reached a strategic turning point in the war with Russia.

‹ Jérome Bonnet prepares after Lyon › CoV: From one record to the next