The fall of the Troja footbridge in court: I would throw the expert away from the test, said designer Strasky

The fall of the footbridge from 2017 has been pending in court for more than a year and a half, and Jaroslav Marek’s resignation has been awaited for more than a year. He did not come to court many times with various apologiesthe latter was not even accepted by the President of the Senate as regular.

The designer Jiří Stráský, who designed the footbridge in the 1980s and, was waiting for a confrontation with his report the prosecution accuses him, on the basis of an opinion, of, among other things, that he made incorrect calculations or did not perform author’s supervision. More than a year ago, the designer stated that the fall was mainly due to corrosion caused by the use of salt, which led to corrosion of the supporting ropes. The use of salt was prohibited. This was confirmed by several experts, who invited the defense.

However, expert Jaroslav Marek claims in his report that the footbridge was poorly designed and the cause of the fall was also a non-functional monitoring of the condition of the structure. Even he claimed that it had been problematic since its opening in 1984. “Corrosion flowed into the structure,” corrosion occurred. “ said this week. According to him, this statement is based on videos from the opening of the footbridge, which appeared on Czechoslovak television.

This was also played out in court. According to him, he read from him that cracks or breaches of the upper layer of the footbridge could be seen in the video when opened. “It can be seen from the shot that there are longitudinal cracks, “ he said. However, the alleged cracks and also the puddles are only visible in a few seconds of the record, and according to Stráský, it is definitely not clear that this is a material failure and it may be smudges from car wheels.

Was the footbridge impossible?

The expert on the project also criticized the fact that, according to him, there was insufficient project documentation, where the technological procedure of injecting concrete into the canals with load-bearing ropes and other things was not mentioned. Jaroslav Marek even stated that the footbridge was actually impossible. “It is not only impossible but also unrepairable. TSK has taken over the management of the bridge, which is unsustainable and non-reconstructable, “he said.

For this, however, he heard sharp criticism from Jiří Stráský. “What you write in an expert report is often not true.” he said and also rebuked him for saying that he did not have basic knowledge and experience in the field of design and implementation of bridges with a stressed structure. He criticized the project documentation for the fact that large motorway bridges were also designed in this way.

“The fact that We have designed similar designs in England, Canada, and the United States, proves that the project was of good quality, “commented the expert opinion. During his extensive defense, he presented the constructions he was working on abroad, including, for example, the footbridge over the Sacramento River in California, which still works today and was created on the model of the original footbridge in Troy.

“The expert did not substantiate his conclusions with any, not even elementary, calculations. The difference between a technician and an engineer is that an engineer counts. It is incomprehensible for me to assess a static calculation after reading its contents, “his statement continued. He also accused him of incorrectly evaluating the measurement results. “The report provides false information and uses instead of evidence that it can be assumed that he also noted. According to Stráský, it was enough for the expert to perform an “elementary control calculation” and find that the structure was designed safely. “He did not provide a single proof of errors in the static calculation. The load on which the structure was designed is 60 times higher than the current standard percentage, “ he added.

Strasky had previously criticized the repairs and said that the footbridge that had fallen was not the same one he had designed for unprofessional repairs. That is why he criticized the experts for not taking into account changes in the load due to corrections in his report.

Were there hidden defects?

Antonín Semecký also provided an opinion, which in turn accused the wine of knowing about the emergency condition of the footbridge. “The expert stated in his statement that the presence of sulphate had a greater share in the degradation of concrete than chlorine,” he said in a statement by Jaroslav Marek. According to him, he also denied in his statement that TSK did not respect the ban on salting.

The expert tas he asked if the footbridge had hidden defects. “If they weren’t there, it wouldn’t have been found in 1995 that the footbridge was in poor condition. I don’t know a construction that would be in bad condition after 5, “he replied in years, adding that he knew about the defects.

The footbridge, which has connected Troy with the Imperial Island since 1984, fell in December 2017. Four pedestrians suffered serious injuries in the accident. The police identified the vineyards of Stráský and Semecký, which began to prosecute for a negligent general threat. Both men face two to eight years in prison or fines. In addition, the capital city of Prague is asking them for compensation of 8.2 million crowns, which they spent on removing the rubble. Insurance companies want 2.4 million. 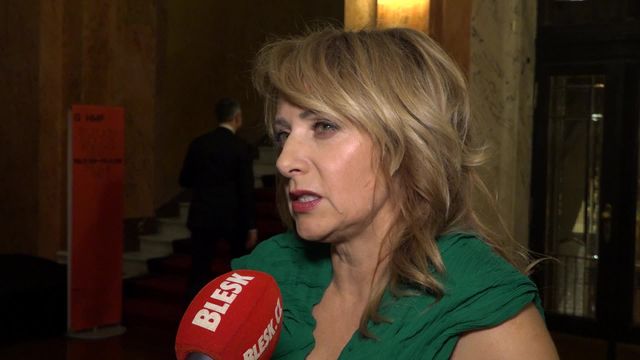 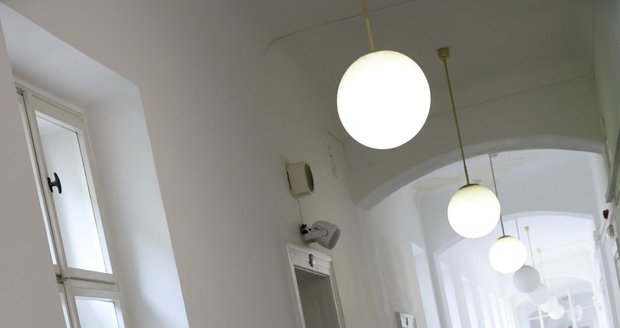 The case of the Troja footbridge from 2017 was resolved at the District Court for Prague 7. The picture shows one of the defendants, the head of the former TSK bridges department, Antonín Semecký. (February 24, 2022)