Prince Daniel and Crown Princess Victoria by Sweden has made its first joint appearance after issuing a statement denying rumors of divorce.

The prince and princess showed a united front when they appeared in a video conference with law enforcement actors while discussing the prevention of sexual crimes against minors.

The important meeting was also attended by the head of the National Police’s department for sexual crimes against children on the internet, Ritha Söderberg, and a business developer in children’s rights at the National Operations Department, Ulrika Kvarnström.

The conference was organized by the Crown Princess Couple’s Foundation and took place on Monday 21 February. The meeting aimed to educate Daniel and Victoria about the measures taken by law enforcement agencies to prevent trafficking in children for sexual exploitation and sexual abuse of minors.

The Crown Princess Couple’s Foundation focuses largely on the protection of children – with many of their initiatives aimed at improving the physical and mental health of the younger generation.

The meeting comes just days after the royal couple released a rare statement on divorce and rumors of cheating.

READ MORE: Mother gives birth to children even though she has never had sex

In a post on Instagram the couple claimed that all speculation about the dissolution of their marriage was “completely unfounded”.

[Translation] “It has come to our notice that there are widespread negative rumors about our private relationship,” the statement began. “Accusations are spreading about betrayal in the relationship and an impending divorce.”

“Normally, we do not comment on rumors and speculation. But to protect our family, we want to make it clear, once and for all, that the rumors that are now spreading are completely unfounded,” the statement concluded.

Princess Victoria and Prince Daniel married in June 2010 and are the parents of nine-year-old daughter Princess Estelle and five-year-old son Prince Oscar.

For a daily dose of 9Honey, Subscribe to our newsletter here 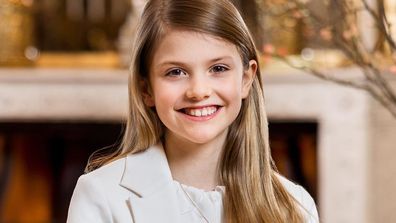 ‹ Transneft pipeline in Belarus is threatened with mothballing – Charter’97 :: News from Belarus – Belarusian News – Belarus News – Republic of Belarus › In Prague 2, the February magic date was celebrated in a big way