Few Habsburgs are perceived in Czech history positive. because they “suffered” contemptuous attitude towards the Czechs and their inhabitants, and they could harm them. In contrast to this, however, Ferdinand I was different – to Prague, where he alternated, he had a whole good relation. Among other things, his beloved wife Anna Jagellonská († 43) came from here, for whom he had a magnificent summer house built in the gardens of Prague Castle – Belvedere.

No matter of course

From the description of the German Alfred Kohler, we learn that On the occasion of his coronation, Ferdinand visited Prague for the first time in 1527. He should have stayed less than two monthshis arrival was solemn expected – after the death of Ludvík Jagellonský († 20), it was a new Czech king. And although we know from history lessons that Ferdinand’s accession to the Czech throne was given by ancestral treaties with the Jagielloniansthat when one dynasty dies after me, another dynasty will inherit the government in its lands, Ferdinand I did not come to the Czech crown as blind to the violin.

“Unlike the side countries insisted in 1526 the estates of the Czech Kingdom on the elections of the Czech throne and retained the right of free choice to guarantee the election surrenderKohler states in the book Ferdinand I. The Prince, King and Emperor. The election of a king it was not always just a courtesy formality. In history, the Habsburgs easily got away with it, when the Czech estates elected defiant King Friedrich Falcki († 36) in 1619, or Karl Albrecht of Bavaria († 47) in 1741.

Coronation without the archbishop

The royal couple set out for Prague at the beginning of 1527. The presence of the future Czech king and queen is mentioned by the historian Rudolf Urbanek in his book The Queen and Princess of the Czech Republic at Ferdinand’s oath on the Czech border near Jihlava on January 30, 1527. “

From Jihlava, the royal procession then took breaks to Prague, through whose gates it passed February 5th. From the data presented by the historian Josef Janáček in the book Little History of Prague, he was welcomed a city inhabited by between 50,000 and 60,000 inhabitants. Paradoxically, it is said that the people of Prague were more impressed by Anna Jagellonská. After all, she was a Czech princess who came from the Prague environment. In addition, it attracted the attention of Praguers in that “in the middle of the solemn splendor at the entrance to Prague, the queen’s conspicuous dress was simply unadorned,Says Urbanek.

The coronation itself took place February 24 in St. Vitus Cathedralwhere he delivered the St. Wenceslas crown before the king the highest burgrave of the Czech Kingdom Zdeněk Lev of Rožmitál († 65). King and queen, however did not crown, as was the custom before and after, Archbishop of Prague, This is due to the fact that the Czech lands did not have one at the time, as its pope refused to name her because of his excessive inclination to the Hussites. He had to bet the crown on the head of Ferdinand I. Bishop Stanislav I. Thurzo of Olomouc († 70).

For the first time and not for the last time

As has been said, Ferdinand and his wife stayed in Prague for less than two months before her political activities went beyond the borders of Bohemia. However, during her reign she often returned to Prague and established herself at Prague Castle only from her residences. He didn’t have many of them, but Prague played a role in them.

The Czech King and Roman Emperor Ferdinand I was crowned King of Bohemia on February 24, 1427 in St. Vitus Cathedral.

“It simply came to our notice then Innsbruck, Vienna, Linz, “ Kohler breaks down. “He dominated in Hungary again Prešpurk (Bratislava), ”the historian continues. since Ferdinand also became emperor of the Holy Roman Empire, he also had a seat in Germany. “It simply came to our notice then Augsburgfollowed by Regensburg, Nuremberg, Speyer AND Worms. In the Czech lands, it took a completely privileged position as a residential city Prague and Ferdinand visited all the other cities only sporadically. “

And Prague, under the rule of Habsburg, flourished. “A new monarch brought the castle grounds Renaissance architecture, “ Janáček describes that it was not just partial elements, but for example the construction of the Belvedere or the newly established one The Royal Garden. However, the tip developed a bigger development fire in 1541, which “fromit destroyed a large part of the city and spread to Hradčany and the Castle itself. Damage on construction sites, on internal equipment and inventory were unfathomable. “

But as usual, everything bad is good for something – As a result of the devastating fire, there was an even more lively construction activity, which made the then modern Renaissance architecture more popular.. ”Already the first works of Italian builders, such as in particular Lobkovický Palace on Hradčanské Square, it represented the Renaissance building style in a remarkable way and also had an impact on the bourgeois environment, ”says Janáček.

The Czech capital clung to Habsburg’s heart, even to the point that he left the Prague Castle in St. Vitus Cathedral bury. Undoubtedly, the fact that he had been there since 1547 at her request played a role in this the remains of his wife Annaalready played he loved infinitely and warmly. His last day has come July 25, 1564. A written report of his son Maximilian II has been preserved about him. († 49): ‘His Grace died as if in sleep without any pain; then she met as if she were nothing but bone and skinKohler quotes.

Colin’s Royal Mausoleum in the Church of St. Vitus, in which (from left) Rest Maximilian II., And his parents Ferdinand I and Anna Jagiellonia.

The death of the emperor and the Czech king reached Vienna. “Ferdinand ordered that he be buried in St. Vitus Cathedral in Prague alongside his wife, ”Says the German historian. Ferdinand’s last trip to Prague did not occur until a year after his death. The funeral procession arrived in the town on August 21, 1565. It was placed in the so-called Colin’s Royal Mausoleum, which is located in the middle of the church. They rest in it forever Ferdinand, his wife Anna Jagellonská, and their eldest son and Ferdinand’s heir Maximilian II 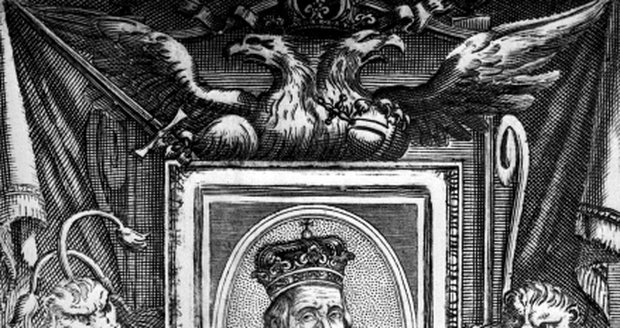 The Czech King and Roman Emperor Ferdinand I was crowned King of Bohemia on February 24, 1427 in St. Vitus Cathedral.

Redl’s father-in-law’s company received a subsidy from Prague and a favorable lease. He reported to Hlubuček

‹ Russia launched a “military syringe” in Ukraine › Toulouse. Line B connection of the metro: the hot spots of the construction site that will start