Mozart Prague – the beautiful and historic hotel facing the Vltava River and Prague Castle continues to amaze visitors time and time again. The hotel welcomes all guests to enjoy the experience and magic of staying at the famous hotel.

We met Stefan Radström, the hotel’s manager, to discuss his own personal journey about how he stopped working for the iconic hotel.

Born in Sweden, Stefan always had the ambition to invest 100% in everything he did. He began his hospitality career as a teenager during a summer job as a garbage collector at a hotel and promised to be “the best garbage collector the hotel has ever seen.”

With his smiley attitude and lifelong life, he was soon approached by the hotel manager to move on to start another job within the hotel – the hotel restaurant.

With his love that grew to interact with guests and all walks of life, Stefan remained in the hospitality industry – a journey that allowed him to travel around the world.

During his career, Stefan has been involved in thirteen hotel openings, including the Grand Hyatt Muscat, Paramount Hotel Dubai. His first hotel opening was in Oslo, Norway for Plaza Hotel, a luxury hotel in the city center.

His favorite place he has lived has been India, where he opened the Grand Hyatt in Goa. He describes living there as “India is so huge, it’s like a big melting pot of all different types of people. It’s beautiful and very colorful. What I love about Indian culture is that the family always comes first, which is sometimes something I think you forget in European culture. “

Stefan moved to Prague in 2020 to be General Manager of Mozart – formally and originally known as Pachtuv Palace when it opened in 2004 and later at the Smetana Hotel.

During the Covid-19 pandemic, the hotel decided to take the opportunity to change its name and rename the hotel. Stefan says, “Today it’s about storytelling and we realized that the hotel had a better story to tell.”

Stefan explained that Mozart used to love visiting the hotel and staying with the Pachta family during his stays in Prague. The Pachta family loved to visit him and were wonderful friends, but Earl Pachta said one day “Mozart, You have lived with me many times, but have never written anything about me. ” With that said, he locked Mozart in one of the rooms and said “Do not come out until you have written a piece to me.” Mozart then wrote K509, “Six German Dances” in a room that is still in the hotel today.

With that said, the hotel then changed its name to honor Mozart and his love for Prague as Mozart once said “My Prague people understand me.”

Stefan explains that the hotel is a hidden gem and undiscovered jewel in Prague. Tucked away on the busy streets in the center of the city, the hotel has a calm and elegant atmosphere, quiet and peaceful compared to the streets outside.

It is located 154 meters from Charles Bridge and has a beautiful view of Prague Castle. “The castle is looking at us. That’s perfect” adds Stefan.

The magnificent hotel dates back to 1628. Stefan explains that the hotel welcomes many different types of guests including couples, families, celebrities and even royalty. He explains that guests feel the romantic and historic atmosphere of the property. He says “If these walls could talk. The property has so much history, it has welcomed so many people from so many places over the years.”

When asked what he thinks of the hotel in the near future, Stefan explains that he wants the hotel to attract locals and tourists. The hotel plans to create a space for people to meet in Prague. There are plans for events to be held every week – create a lively atmosphere that attracts people time and time again.

“The hotel is going through a period of transformation. We want to show the beautiful history of the building and the hotel’s classic setting, but we also want to create a modern and stylish atmosphere for the guests. ” says Stefan.

With classic rooms on offer and a modern blend of energy and spirit – to learn more or book online visit The Mozart Hotels website for more information. 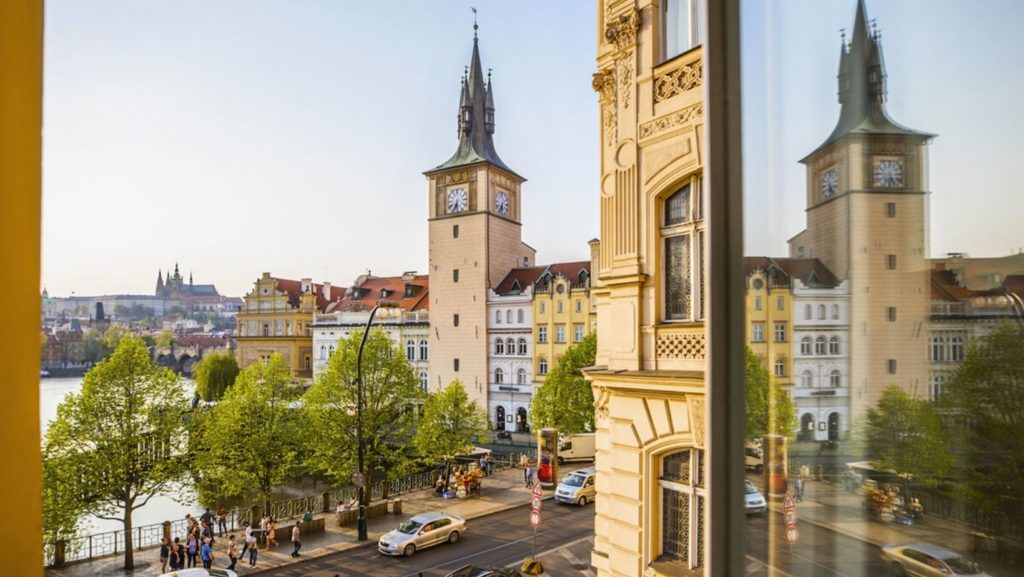 The figures for foodborne illnesses will rise in Sweden in 2021

‹ TV channel “Russia 24” contains records of donated auditions – Gazeta.Ru › “Not the same… and yet! », four successful stories about solidarity