Sweden’s new law banning smartphones aims to prevent students from using their devices during lessons. This new bill was presented on Friday 18 February.

At present, the law is not yet implemented. But if it gets the support it needs from government officials, teachers will have every right to take students’ smartphones if they use them in the classroom.

When face-to-face lessons are still the norm, the use of smartphones during lectures is still one of the main issues for teachers.

However, this will soon change in Sweden when the government approves the new law.

According to The local SEs latest report, although the recently proposed law prevents students from using their smartphones in classrooms, teachers can still allow them if they are used for learning purposes. 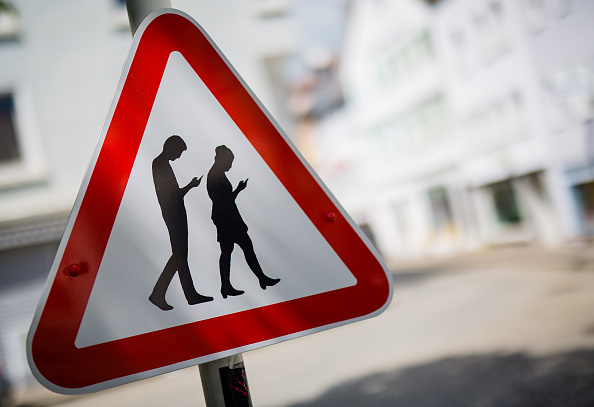 (Photo: Photo by CHRISTOPH SCHMIDT / dpa / AFP via Getty Images)
Picture taken on April 25, 2018 shows a modified warning sign that warns of so-called “smombies”, people looking at their smartphones, on a street near a school in Reutlingen, southern Germany. – The word “Smombie”, a combination of “smartphone” and “zombie”, describes people who stare at their smartphones while walking around, even if it exposes themselves and others to danger.

“There must be order in every classroom,” said Sweden’s Minister of Education Lina Axelsson Kihlbom during a press conference.

Currently, students in Sweden can bring their smartphones to classrooms, and teachers can not force them to give up their devices.

Educators can only pick up their students’ phones if they affect the ongoing lectures. You can visit this link if you want to see more information about Sweden’s new law banning smartphones.

Effects of smartphones in classrooms

Psyklopedi explained that smartphones that are actively used in classrooms can have negative effects on students and teachers.

Experts said that distraction is one of the biggest effects of smartphone use during lectures. They added that removing mobile gadgets in schools can increase student performance during lessons.

But this scenario may soon change in Sweden when the new bill is implemented. If it is ever approved, officials plan to enforce it on August 1st.

In other news, Apple iPhone’s supplier of OLED screens is suffering from a major chip shortage. At the same time, the Oppo Find X5 is expected to have Hasselblad camera sensors.

For more news updates on smartphones and other related tech topics, always keep the tabs open here on TechTimes.

This article is owned by TechTimes

Ⓒ 2021 TECHTIMES.com All rights reserved. Do not reproduce without permission.