ZOH 2022 | Austrian from Prague Švancer: The Junior World Championships came to me as a bigger event than the Olympic Games

The talented acrobatic skier Matěj Švancer has made his Olympic debut among seniors at the age of seventeen, but the top event under five circles did not inspire him too much due to coronavirus restrictions. The Prague native, who has been representing Austria since the beginning of the season, is also unsure, he will introduce himself at the next Olympics in Italy in four years.

“It wasn’t very great because of the corona, but the Olympics are supposed to be quite cool,” Švancer told APA sources after eighth place in slopestyle, which is his best result in this discipline among the elite.

He sensed that the Olympics were completely different from other races, but not in a positive light. “There is a lot more stress, everything is very stressful. “I felt like a little fish in a big aquarium that everyone is watching,” he said.

That’s why he was already looking forward to home, which has been Austria for him for more than ten years. “I didn’t come from the hotel, from the village. I couldn’t go to any competition and we didn’t meet other competitors either, because everyone was stressed not to get covid, “he recalled one of the pitfalls of the current situation.

In the youth categories, Švancer still shone in Czech colors. In 2020 in Lausanne, he won the Youth Olympic Games in Big Air and last year at the Junior World Championships in Krasnoyarsk, Big Air also dominated slopestyle. “For example, the Junior World Championships in Russia came to me as a much bigger event than the Olympics,” he said, noting that attention at the Olympic Games is fragmented among more sports.

At home, he also has to catch up on studies at the sports grammar school in Kaprun. “I haven’t been there in five weeks. I have absolutely no idea what is going on at school now, “admitted Švancer.

In his stronger discipline, Big Air in Beijing did not advance from it in the future, today he at least partially adjusted his mood in slopestyle. Andreas Gohl from the U-ramp at the last games in Pyongyang equalized eighth place with the best Olympic result of the Austrian freestylers (excluding skicross).

As he will only be celebrating his 18th birthday in March, he theoretically has a lot of time ahead of him to improve his Olympic results. However, Švancer does not consider his start at the next games in Milan and Cortina to be automatic. “Maybe I’ll probably make films or something else will happen,” said the youngest participant in today’s final. 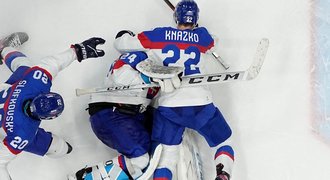 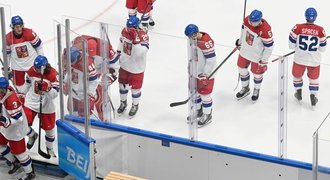 ‹ for the Armenians of Marseille, a match with a “bitter” taste › ‘Jazz tales’ at the Teatro Nuovo in Pisa on February 20, 2022 Events in Pisa