Everyone met with it while shopping. First big eyes, shopping cart stuffed with food, but at home there is a “sobering up” in the form of a question – what about it? It often happens that he can’t keep up until the end of the minimum shelf life, the pastry is a day or two harderthan we wanted, or the biscuit is not what we imagined: Why the food then flies into the basket and then into the mixed waste container is different. And not always right.

“What can be waste for someone can be for someone treasure. We recommend reducing the waste rate“Said Deputy Mayor Petr Hlubuček (STAN). Not everything needs to be thrown away and disposed of, as some foods can be used by someone hungry, who, for example, regularly can choose a quality food on a regular basis. Or such foods are processed differently than ending up in black bins for mixed waste. “There are plans for us to be able to collect gastro-waste from citizens. So far, it is tied only from catering and restaurant facilities. We have to build our own biogas plant, where gas would be generated, which could be planned, for example, by public transport vehicles“He specified the square.

The municipality aims reduce the volume of food in mixed waste by up to a third by 2030. “One of the measures within the Climate Action that Prague adopted last June is just that handling of organic products“Hlubuček added.” So far, however, statistics have been lacking to determine how many organic products actually end up in mixed waste. The study was therefore prepared by experts from Mendel University in Brno.

“Based on local studies, it can be said on average that one person wastes 33.3 kg of biowaste per year. If we talk about one household, we get value 80 kg of wasted food, under which you can imagine about 1,800 rolls per household, “Said Lucie Veselá from the Faculty of Business and Economics at Mendel University. “It is also interesting that consumers are not even wasting aware. Most of them say they are not wasting, so they are unable to reflect on food handling. “

It was always wasted

Therefore, the capital is launching in cooperation with Charles University and Mendel University in Brno Smart Food projectwho should avoid wasting food. It will be intended for schools. In the first phase, five Prague primary schools will be involved in the project, where teachers will use the emerging methodology and emerging programs to encourage pupils to they thought more about food. For example, emphasis will be placed on ensuring that children know their deadlines expiration date whose expiration date, so that they can use their own senses for evaluation of whether the food is actually expired, spoiled and discarded.

“The issue of food waste is not no new. In my childhood and youth, I experienced many situations where food was wasted. Even in schools 50 years ago, some children did not appreciate that their parents gave them snacks, which then ended up unpacked in a shirt.. That has not changed much to date, “said Michal Nedělka, Dean of the Faculty of Education at Charles University. The project, which provides Prague with six million crowns, will cost the teachers.

“Mine at the faculty we prepare teachers for their work. We also work in schools, which is especially valuable because we can prepare teaching aidsthat can help solve certain problems, “said Nedělka. Experts in a new project resulting from teaching material that should be attractive and motivating for children, for example in the form of videos or interactive activities. “That was the main reason why we embarked on the project, because the main goal we set is to teach children how not wasting food, “ added Veselá.

“It’s not about coming up with a presentation that students don’t like. please produce attractive materials, which would interest, in the form of exercises and games. At the same time, methodologies for teachers on how to work with the issue are to be created, ”notes Igor Červený, Head of the Department for Distance Education Support at the Faculty of Education, Charles University, who is also the author of the project.

In the course of 2022 and 2023, data will be collected from the five Prague schools on the basis of which the Smart Food project will be assessed. “We will reflect the feedback from schools and adapt the project according to the comments so that it can be applied more widely,” Červený said. According to his estimate, Smart Food could be applied in other Czech schools at the end of 2023. 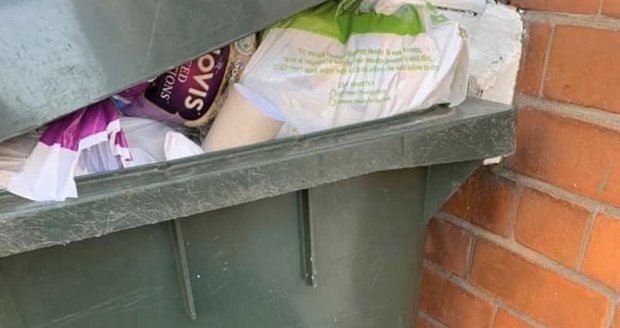 Food that would normally still serve well ends up in the bins.

‹ PROVISIONAL LIST OF PARTICIPANTS KUURNE-BRUSSELS-KUURNE 2022. No shortage of fast men › Cluster is worried about the idea of ​​liberating Budapest