Exactly two weeks ago, HCB Südtirol Alperia played its last championship game and won against Graz. After that there was a corona cluster, including two defeats at the green table. The foxes returned to the ice in Innsbruck on Tuesday evening.

The Tyrolean derby between the two provincial capitals is on the program. North against South, Innsbruck against Bolzano. In the end, the Haie had the better end for themselves. Timothy McGauley and Nico Feldner kept their cool in the penalty shoot-out while Brett Findlay and Angelo Miceli missed. This left the Foxes with a point from their 3-3 regular-time draw.

The Bozner was the long time without game practice to note. Many players, including the entire defense, were only on ice for the first time in two weeks on Monday afternoon. Previously, those HCB cracks who were suffering from Corona had to pass medical tests. Innsbruck were not outstanding opponents, but the North Tyroleans were there at the right moments. The HCB acted with great effort and at times also obligingly, but it lacked the penetrating power. Defensively, the Foxes made (too) simple mistakes, such as before the 3:2, which was preceded by a momentous puck loss in their own third.

Dan Catenacci made sure that HCB took at least one point from Innsbruck. © AlexPauli Photography / Alexander Pauli

After the defeat in Innsbruck, Bolzano has to fight more than ever for direct qualification for the playoffs. It remains to be seen how the appeal against the two defeats at the Green Table will be dealt with. For the North Tyroleans, on the other hand, it was the game of the last chance. With the two points scored, Innsbruck has a mini-chance on the pre-playoffs.

The highlights at a glance 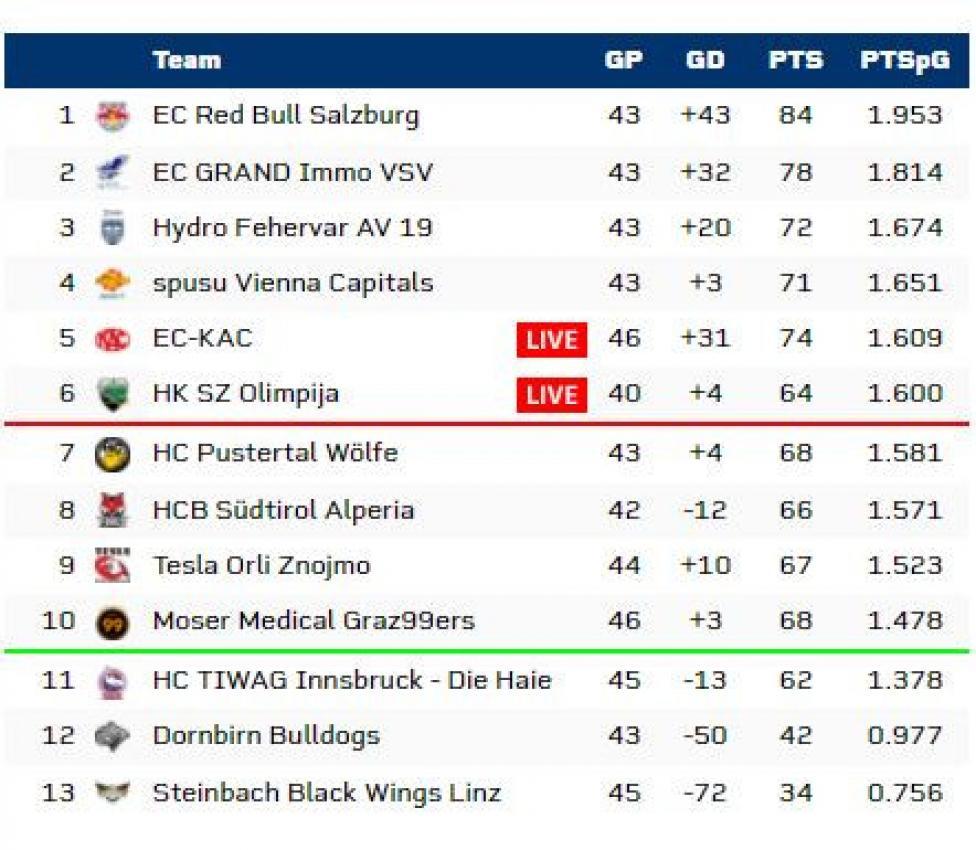 The table of the ICE Hockey League.

‹ Berlin: Climate activists block exits from the city highway › The C’Chartres basket will go to Avignon with the bit in its teeth