An attentive witness thwarted an attempt to break into a car in Liben, Prague. He reported the whole incident to the police. Forensic scientists have found that a man is no newcomer “in his field” and is much more to blame.

The recidivist has more than twenty criminal records. Among them is the theft in the shopping center in Prague 7. After stealing sports clothes, the thief fled. In doing so, she tried to protect the young woman he had knocked to the ground. Witnesses chased after the street, where they tried to detain the man. “The perpetrator came out victorious and escaped from the scene, shortly before the police patrols. However, not only most of his magnifying glass remained in place, but also his jacket, including the keys to the apartment, “said spokeswoman Violeta Siřišťová.

Both the camera footage and the keys helped convict the robber. The police managed to find out which apartment they belonged to. The man also gets into stealing drugstore goods. He repeatedly stole the same drugs, returning to some even after a few minutes.

“Even the announcement of the accusation of the above-mentioned acts did not lead to his correction and his further rampage ended only with his arrest of Prague by a criminal investigator III. “From the police station, after all the necessary actions, he went straight to prison,” said Seifert.

In investigating other acts, criminal investigators found that the man in the role of a thief also appears in other cases. This is a case of robbery of a bakery car or burglary of a Škoda car, for which the thief took a female reinforcement. They took so many things from the car that they couldn’t even take them. The woman in the respirator, and as the nationally wanted person later turned out, the police managed to identify and send behind bars. Men and a woman fourteen years younger face up to three years in the base. 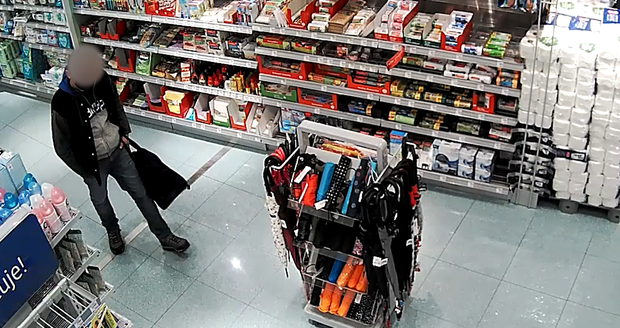 The man repeatedly robbed drugstores, returning to some even after several minutes of theft

‹ the parades scheduled for the Veronese carnival Events in Verona › Warsaw with a nomination for the European Road Safety Award!