A new web application describes the fates of tens of thousands of Holocaust victims and places in Prague connected with the oppression of Jews in the Protectorate. People can get acquainted with the story of a specific person on an online map through a given place and view historical documents and photographs. The MemoGIS Prague application was presented today by the Academy of Sciences of the Czech Republic (AS) on the occasion of the International Holocaust Remembrance Day. Experts from the Masaryk Institute and the Archive of the Academy of Sciences cooperated on the project with the Terezín Initiative Institute and the Multicultural Center in Prague.

Mapping Jewish space restrictions and other information about Holocaust victims

“On the map of Prague, the application shows information about more than 30,000 victims of the Holocaust, places of persecution and cases of violations of anti-Jewish regulations,” said the historian Michal Franklwhich application. “Large data sets, including photographs of victims and a large set of digitized documents, collected for research, commentary and education, can thus be read through space.” said a researcher from the Department of Modern Social and Cultural History of the Masaryk Institute and the Archive of the Academy of Sciences. The application maps the exclusion of Jews from protectorate society, the limitations of the space in which they could move, as well as their relations with other Praguers.

The director of the Multicultural Center, Zuzana Schreiberová, sees the connection with space as crucial. “I told myself this when, with the help of the application, I went through my daily journey to work and found 43 cases of persecution and segregation of the Jewish population,She described Schreiber.

A pieta commemorating the 80th anniversary of the commencement of transports of the Jewish population to Terezín took place at Masaryk Railway Station in Prague. Ivan Bednárik, Chairman of the Board of Directors and CEO of Czech Railways, also took part in the reverential act. He was also on site …

According to the creators, the application will help not only to preserve historical memory, but also to teach history. “We believe that the application will allow teachers and students to ask new questions about the Holocaust and racial segregation, and will provide tourists with a different experience in discovering a metropolis with a rich multi-ethnic history.”“ she added Eliška Ševčíková Waageová from the Terezín Initiative Institute. The staff of the Multicultural Center Prague will also prepare annotated routes for schools and groups by appointment.

The creation of the online map is provided by the Technology Agency of the Czech Republic; according to the academy, it will be developed in the Czech node of the European Holocaust Research Infrastructure for a long time.

Holocaust Remembrance Day commemorates January 27, 1945, when the Nazi concentration and extermination camp in Auschwitz was liberated. Between 1940 and 1945, about 1.1 million people, mostly Jews, were murdered in Auschwitz. Among them were tens of thousands of Czechoslovak citizens. According to the Victims Database administered by the Terezín Initiative Institute, almost 80,000 Jews from what is now the Czech Republic were murdered during World War II. 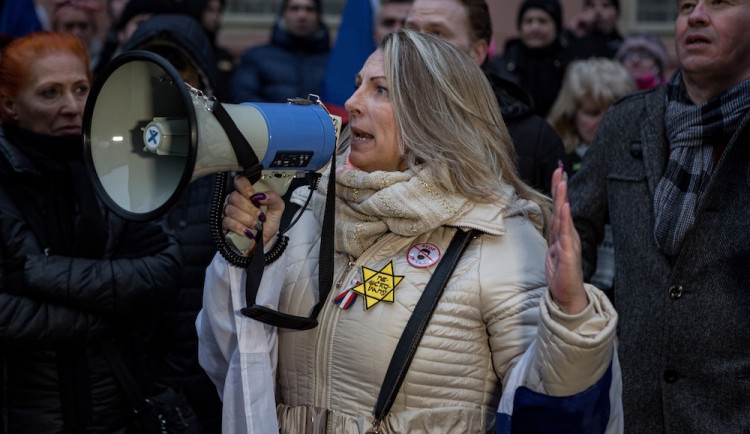 The chairman of the Jewish community in Prague, František Bányai, commented on social networks comparing measures against the spread of covid-19 with the Holocaust. Church representatives have previously expressed opposition to the behavior of opponents of the covid-19 vaccination, who …

Čižinský’s idea of ​​free exits in Prague is nothing new. He worked in Brno five years ago Company News