The best winery of the past year is from Pavlov. Reisten won for the first time

The Reisten winery from Pavlov in the Břeclav region became the champion of the twelfth year of the Winery of the Year 2021 competition. The company from the heart of Pálava also won in the category of medium-sized winemaking with an annual production of up to 250,000 liters. The winners were announced on Thursday evening at the Brno Observatory and Planetarium. 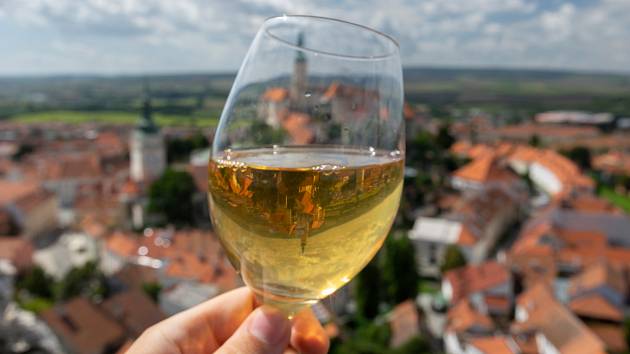 The philosophy of the fresh champion is careful treatment of vineyards and respect and considerate approach to nature. “This and the unique Pálava terroir help us produce wines characterized by their deep minerality and spiciness. We are extremely pleased to appreciate not only our wines, but also how we approach and work in the winery, but we are also committed to the years to come, “said Roman Frič, Sales Director of the winning Reisten winery.

Nine wineries competed in the final. For a small winery it was Salabka Prague, the only representative from the Czech Republic, Lacina Winery from Velké Pavlovice in the Břeclav region and Piálek & Jäger Winery from Nový Šaldorf in the Znojmo region. For the secondary winery, the Thaya winery from Hnanice in the Znojmo region, Miroslav Volařík from Mikulov and the winning REISTEN advanced to the finals. Château Valtice, Vinařství Lahofer and Nové Vinařství from Drnholec in the Břeclav region competed in the large winery category.

The Lednice riding halls will be the gateway for tourists: I don’t know if they will catch the start of the season

In addition to the main prizes, the Winegrowers’ Association also awarded other awards. Jakub Smrčka from Thaya Winery became the oenologist of 2021, which is an award for a young winemaker, an oenologist under the age of forty. The Počin prize in 2021 was awarded to the Department of Viticulture and Enology of the Faculty of Horticulture at Mendel University for launching the life of an innovative project for the reuse of fermentation gases. Břetislav Palička then received the Professor Vilém Kraus Award for an important wine-growing personality for his lifelong contribution in the field of viticulture or viticulture.

The rugby surprise did not happen. Dragon lost in Vyškov and finished sixth

That’s the adrenaline: biker hornets have landed on Pasohlávek, look

Expert before Canada: Vejmelek benefited from leaving, Holík would help in a power play