STAN will go to the elections in Prague separately. He doesn’t want to rule with YES

STAN will run independently in the municipal elections in Prague. The chairman of the Prague organization and deputy mayor Petr Hlubuček told ČTK that the regional committee of the movement decided on Thursday. He added that STAN expects a double-digit election result and does not want to cooperate with the YES movement if it participates in the government in the metropolis. In the last elections in 2018, the STAN movement with TOP 09 and KDU-ČSL was part of the Spolu coalition for Prague. ODS, TOP 09 and KDU-ČSL have already agreed on cooperation for the next elections. 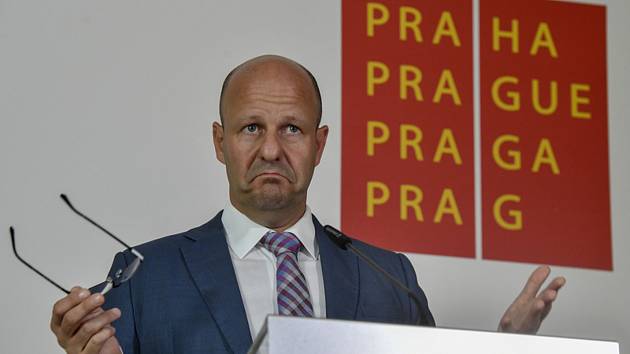 The Prague City Hall is now ruled by Pirates, Prague and the United Forces (STAN, TOP 09 and KDU-ČSL). YES and ODS are in opposition. “We have a lot of hard work and successful projects behind us. TOP 09 finally decided to go into a coalition with the opposition ODS, which of course we respect, we were always ready to go independently,” said Hlubuček. He added that experts and public figures can also appear on the candidate.

“I don’t want to speculate, but we still expect a double-digit result,” he said. According to Hlubučka, STAN does not want to be in a coalition with YES. “Currently, I can’t imagine that we would cooperate with ANO at the level of the council, ie in the city management,” he said.

The movement is in the leadership of the second electoral metropolis, according to Hlubuček it wants to continue the divided work. He considers the completion of the metro and the city ring, the construction of new tram lines, the expansion of greenery or the development of cooperative housing to be a priority. According to him, the disintegration of the current Together coalition for Prague will not be a problem until the end of the election period. “As part of the discussions with TOP 09, we agreed to keep this common model until the end of the parliamentary term, because we would like to complete the divided work and the projects we are working on,” he said.

Explosion in Vrbětice: Investigators are looking for contacts of Russian agents

According to him, the mayors did not consider proceeding similarly to TOP 09 and the ODS and copying the national coalition into the municipal elections. In the case of STAN, this would mean a joint candidate with the Pirates. “We have really different views on some things with the coalition partners, ie the Pirates and Prague,” said Hlubuček.

The ODS won the last municipal elections in Prague and has 14 seats in the 65-member council. The Pirates, who have 13 deputies, finished in second place, the same number as the third in Prague and the fourth in the United Forces for Prague. YES has 12 representatives.

The nuclear lady is not afraid of mushrooms, but she is fed up with Russia. Will we have cars with a small reactor? Dana Drábová’s hot chair.

A huge fire engulfed the hall near Prague. Damages amounted to one hundred million

‹ Tour of Milan through its futuristic painters › Monaco: Change of President