The deputies did not only discuss the inclusion of new items on the agenda. Often contrary to the rules of procedure of the council for example, they did not discuss the individual topics, which is not possible during the negotiations on the program, and they also exceeded the given deadline of three minutes.

Among the topics discussed were mentioned e.g. contracts in IT. The opposition accused the mayor Zdeněk Hřib (Pirates), who is in charge of IT, about not being carried out according to the rules. They denied the allegations that they had been illegally divided.

another topic that the deputies had been dealing with for a long time was possible development at the Džbán swimming pool in Prague 6, promoted by the landowner, Molepo, which also said it would not open a local swimming pool this year. Some members of the council called it blackmail. Representatives of the coalition also accused the ODS that one of the owners of the company is ODS politician Vladimír Schmalz.

The deputies did not avoid personal invectives and at the same time criticized each other for what each party had ever done wrong. The mushroom or the leader of Prague Sobě and the mayor of Prague 7 Jan Čižinský even from the 90s of the last century. ODS representatives objected, and vice versa criticized the steps and work of the current city leadership. They also accused each other of misconduct or lies.

There are more than forty materials on the draft agenda of the meeting. Among them, for example, the methodology of developers’ contributions to public infrastructure, Prague’s strategy for the transition to a circular economy or the concept of integration of foreigners. The deputies will also discuss petitions against the change of the zoning plan of the Žižkov Freight Station and for maintaining the visual style of the PID. 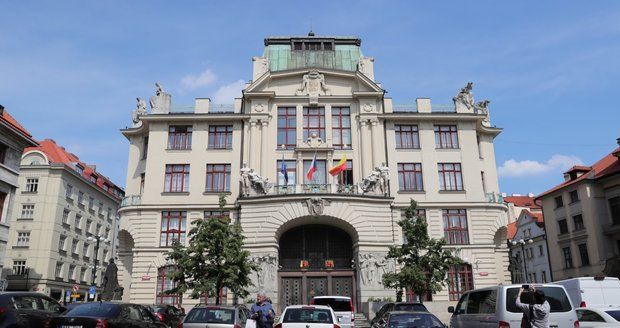 The building of the Prague City Hall

The ODS in Prague lost its allies. Because of TOTAL. It doesn’t go any further

‹ Prague 5 is increasing the number of baskets for dog feces and calls on dog owners to use them › Only seven players will fly to Beijing today, and Špaček has already arrived in Prague Hokej.cz