Džbán swimming pool: Prague 6 wants to negotiate with the landowner

“We care about the future of Džbán, which is why, like Prague 6, we held several negotiations with stakeholders in this matter. The elected authorities of the city district did not express any opinion on the development itself. But from a general point of view, it makes sense for us to take the administration under the agreement land that we can use for the development of the site and for the benefit of the public,“Said Hannich under the leadership of Prague 6.

The fact that Molepo conditions the opening of the complex by changing the zoning plan in the locality was described by the representatives of Prague 6 as astonishing. The opposition Greens are doing similarly. Their deputy, Petr Palacký, stated that “Molepo’s actions show some signs of blackmail”. Today, some representatives of the Prague City Hall called the company’s actions blackmail.

The company wanted to build in the area before. At that time, however, the plan met with resistance from the inhabitants of Prague 6 and the town hall management. The public has also spoken out against the construction. About 5,000 people have so far signed a petition against the development of land in the vicinity of the Džbán reservoir. Among other things, they demand the preservation of the character of the place as a recreational and at the same time green area and the repurchase of the Džbán swimming pool and the surrounding land into public ownership.

The Molepo company acquired the entire complex in 2012 for approximately 53 million crowns and was the only participant in the auction of the property of the state-owned company Pražská kanalizace a vodní toky. The area around the reservoir is sought behind the entrance gate to the Šárka Valley. According to the current form of the zoning plan, the locality serves exclusively rest and recreation. 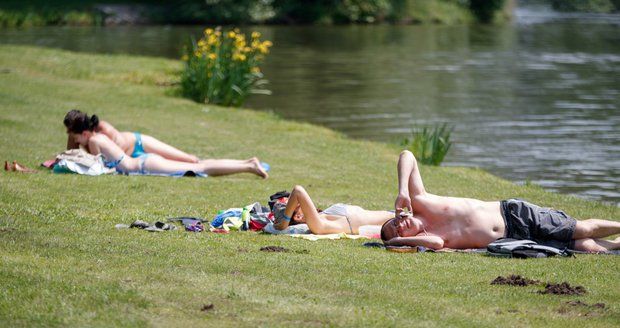 The ideal sport for the next few days will be swimming, during which one will refresh yourself

The new year F: NL was drawn. Where does the jump start?

Prague is attacking: Six teams in the CFL and four in the division

Dosimeter, double meter. The big parties have a struggle in Prague. Who makes money on it?

‹ Istanbul roads, which are closed for 24 hours, are in the ministry section. › “Cubist” poetry by Gertrude Stein published for the first time in Portugal | Books