Launched on January 18 in partnership with the Socios.com application, the $ASM Fan Token was a resounding success with AS Monaco supporters, with more than 22,000 subscribers.

Enable Monegasque supporters to become more involved in AS Monaco’s activities by taking part in the consultations received by the Club. But also offer them the possibility of winning nice surprises (VIP access to home games, “money can’t be bought” experience…): this is the objective of the Fan Token $ASM. While the 1st phase of sale at a fixed price (€2) of this innovative digital asset took place from January 18 to 22 (FTO – “Fan Token Offering”), the results of this launch are very positive.

Almost all of the 300,000 $ASM Fan Tokens offered for sale have found takers. As a sign of the resulting enthusiasm, more than 22,000 people have acquired $ASM Fan Tokens, making AS Monaco the second club with the largest number of different holders of its Fan Token. This first among associated clubs at Socios.com bore fruit: all Monegasque supporters who so wished were able to acquire at least 1 $ASM Fan Token. And they are guaranteed, due to the limit on the number of $ASM Fan Tokens per person, to represent the majority of holders and have their voice count in future consultations. 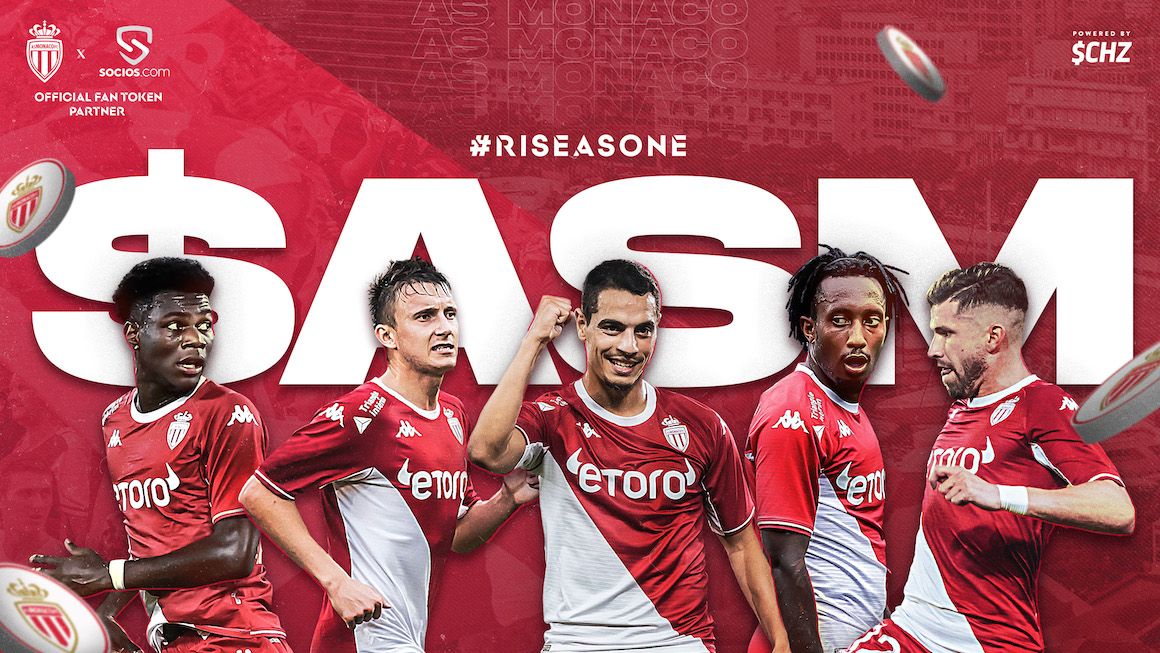 A first vote for the VS PSG patch

With more than 120 nationalities represented among the purchasers of the $ASM Fan Token, AS Monaco also confirms the very strong internationalization of its digital audience, once again signaling the international notoriety on which the Club relies. More than 6000 $ASM Fan Token holders have already participated in the 1st consultation introduced by the Club. Ongoing until February 1, this one invites holders of $ASM Fan Tokens to choose from 3 special patches, the one they want to see worn by the Rock players against Paris Saint-Germain (next March 20) .

👉 Choose the design of the patch that will be present on the AS Monaco outfit during the return match against PSG next March.

📲 Meet on the app @socios pour the elector!

A second consultation for… a collector’s jersey!

Designed by the artist Nairobi Defives, these patches pay tribute to the history of AS Monaco and its supporters. A second vote will open, from this Friday, January 28, to allow fans to express themselves this time on the choice of the historic jersey that AS Monaco will reissue next season. It is also on this day that the Fan Token $ASM will enter its second phase of release and will then become freely tradable. So be there!

>> Everything you need to know about $ASM Fan Tokens

Formula 1 | Binotto: We can win the next Grands Prix including Monaco

‹ Portugal is already endemic and should return to normality, says Pedro Simas › The Constitution of Monaco celebrated its 110th anniversary