From the summer, the Disney + service will be available in the Czech Republic, and it will also offer a series downloaded in Prague 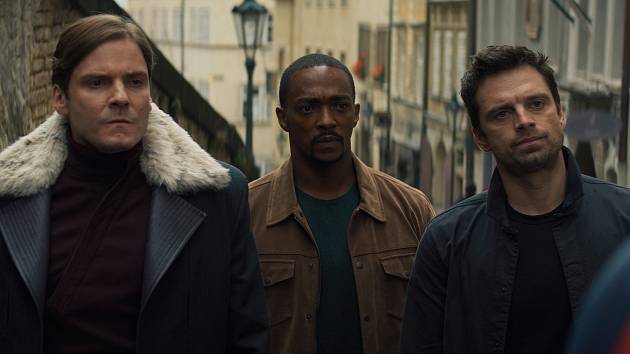 Zemo (Daniel Brühl), Falcon (Anthony Mackie) and Winter Soldier (Sebastian Stan) during the scene of the series The Falcon and The Winter Soldier, shot in Malá Strana in Prague.

Disney +’s biggest draws will certainly include movies and series from the so-called Marvel Cinematic Universe, which are based on comics. Recently, they are, for example, last year’s series hit Loki or The Falcon and the Winter Soldier. This series was mostly filmed for Disney + in Prague. It was originally supposed to shoot in the spring of 2020, finally due to the covid pandemic to the metropolis and also to Central Bohemia in October 2020. It was filmed in the Old Town, on the Troja Bridge, in Smíchov near the monastery of St. Gabriela, at the Žižkov freight station or Olšany cemeteries.

The Walt Disney Company will launch the Disney + streaming service this summer in 42 countries and 11 territories in Europe, the Middle East and Africa. On the European continent, in addition to the Czech Republic, it will also be in Slovakia, Poland, Hungary, Romania and the Baltics. Until now, the service was only available in Western Europe and Scandinavia.

The Disney + streaming service will offer thousands of shows and episodes produced by Disney, Pixar, Marvel, Star Wars, National Geographic and other entertainment content produced by Star brands. Thanks to Disney’s long history and rich filmography, Disney + will feature both film and television classics and new films and shows from The Walt Disney Studios.

Several similar services already operate in the Czech Republic, including Netflix and HBO GO. Last autumn, the American streaming platform HBO Max announced its intention to enter the Czech market, and this year it should replace HBO GO.

The services of streaming platforms can be used on mobile phones, tablets or computers, as well as on so-called smart TVs. The share of smart TVs with an Internet connection has tripled in the last four years, and more than a third of Czech households used it in October last year. The number of subscribers to streaming services such as Netflix or HBO GO has increased from three to ten percent of Czechs since 2019, according to last autumn’s statistics of the domestic representation of electronics manufacturer Philips.

Summer full of concerts. The New Town Hall in Prague is full of music during the holidays

A unique healthy kindergarten has sprung up in Prague. It has a positive effect on the mental and physical health of children Company News Pražská Drbna