Friede Volger: “It was enough that someone didn’t tear his cap off his head fast enough” (Archive of the Volgger family)

A listening position for International Holocaust Remembrance Day on January 27 with a reminder by Friedl Volgger of the Innsbruck-Reichenau Gestapo camp.

International Holocaust Remembrance Day, January 27, was established by the United Nations in 2005 to commemorate the Holocaust and the 60th anniversary of the liberation of the Auschwitz-Birkenau concentration camp.

The writer Erich Hackl pointed out ten years ago in his “Signs of the Times” on the death of the composer Peter Zwetkoff, who grew up in Hall in Tyrol: Nazism in Tyrol killed the resistance fighter Peter Zwetkoff with its physical violence, with its multiple never let go of the humiliating humiliations of the arrests in Hall and imprisonment in the Reichenau camp. Erich Hackl: “He spoke softly, indistinctly, with increasing shortness of breath, but it often seemed to me that the idiosyncratic way of speaking was due to the conspiratorial activities in the underground. The terror of the Nazi era has him, like Renate [die Ehefrau von Peter Zwetkoff] reported, still haunted on his deathbed, where he imagined himself being pursued and surrounded.”

With How it was by Peter Zwetkoff, the music collection of the Tyrolean State Museums, the Museum im Ballhaus Imst and the Absam Municipal Museum will have their podcast in 2020 listening position began. The aim is to document critical political positions that the musicians have taken with their own acoustic means.

If “art comes from counterpoint” – as the late Herbert Achternbusch programmatically justified – there was and is an infinitely broad field of activity for composers, especially in Tyrol. 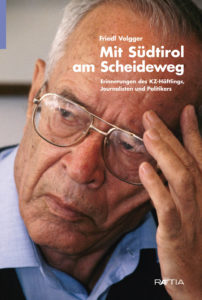 On January 27, 2021 we have in the listening position the piano sonata with a total of four episodes April 27, 1945 treated by Karl Amadeus Hartmann. In 1945 in Bavaria, Hartmann was an eyewitness to one of the death marches from the Dachau concentration camp in the direction of Tyrol/Seefeld. Hartmann: “On April 27 and 28, 1945, a stream of people from Dachau “protective prisoners” dragged past us – the stream was endless – the misery was endless – the suffering was endless … A person, and especially an artist, is not allowed to go into the gray Living everyday life without having spoken. My music has often been called confessional music lately. I see it as a confirmation of my artistic will. It was important to me to let my humane view of life become an artistic organism.”

For the International Day of Remembrance for the Victims of the Holocaust 2022, with the listening positions we draw attention to an eyewitness to the crimes committed in the Gestapo camp Innsbruck-Reichenau between 1941 and 1945. Since the opening of this central place of persecution and death 80 years ago in December 1941 did not represent an occasion for either the city of Innsbruck or the state of Tyrol to commemorate this place, its function or even its victims in any way with the current episode we try to counteract the cold oblivion of Reichenau.

As early as 1984, the South Tyrolean resistance fighter, journalist and politician Friedl Volgger dedicated a whole chapter to his imprisonment in the Reichenau camp at the beginning of 1944 in his memoirs “Mit Südtirol am Scheideweg”, which was published in the Edition Raetia in Bozen.

The “Reichenau” was a station on the way of the option opponent Volgger in the concentration camp Dachau. Volgger’s memories show that the Reichenau camp had to fulfill several functions in the Nazi system’s persecution apparatus in Tyrol-Vorarlberg. It was a Gestapo detention camp for resistance fighters, a reception camp for Italian workers who wanted to flee the Third Reich back to Italy. From 1942 it was a so-called “labor education camp” for the physical and psychological disciplining of forced laborers, and from autumn 1943 it was a station for the deportation of the small Jewish community in South Tyrol, primarily to the Auschwitz-Birkenau camp.

It was not until December last year that a public reminder was given in Merano of six-year-old Elena de Salvo, who was probably sent to her death in 1943 via the Reichenau camp in Auschwitz. Friedl Volgger: “I will never forget the little bunch of hungry, thirsty and freezing people in the Reichenau penal labor camp near Innsbruck. Men, women and children had to stand outside in the freezing cold all day long. Nobody was allowed to approach them. I learned from a police sergeant that the group consisted mostly of Jews from Merano. One day, or rather at night, they were gone. We campers look at each other meaningfully. The Jews had been transported to places from which return tickets were extremely rare.”

The music for this episode with the text by Friedl Volgger was composed by Bert Breit, who himself was a 17-year-old Gestapo prisoner in Reichenau in 1945.

“It was enough that someone didn’t rip his hat off his head fast enough” from January 26th www.hoerPOSITIONS.at or anywhere you can listen to podcasts.

District league west became the league of climbers – football Tirol – results, tables and goal scorers from all leagues in Tirol.

Frankfurt Galaxy fights for the playoffs: “There is no more room for mistakes” | hessenschau.de

‹ Eurovision Sweden is go, US spin-off postponed › Charlène of Monaco, anxiety, attempted suicide, revelation of Jade Lagardère in the face of the drama